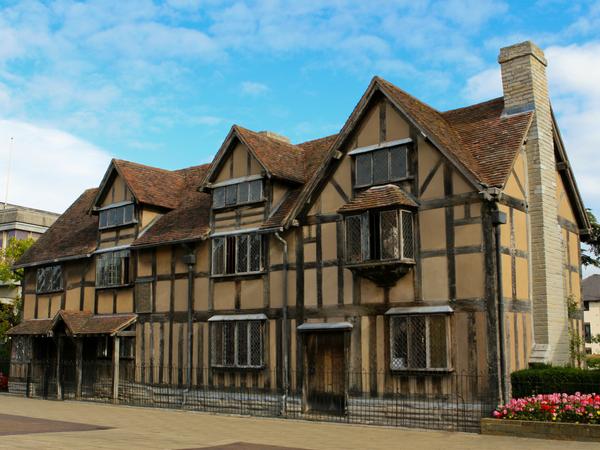 Most people would be able to name England's national poet and greatest playwright of all time as William Shakespeare.

Born in the pretty town of Stratford-upon-Avon in Warwickshire to a glove maker, John Shakespeare, and his wife Mary on an unrecorded date, young William was baptized on 26 April 1564.

He was brought up in a wood-timbered house on Henley Street and Shakespeare's Birthplace is now a delightful place to visit to see the 16th century furnishings which have been carefully preserved. 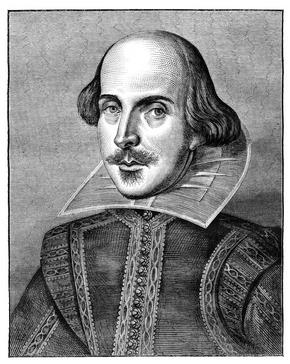 Shakespeare was fortunate enough to have attended the nearby King's New School, a free grammar school which would have given him a thorough grounding in Latin and the classics.

Shakespeare married Anne Hathaway somewhat in haste when he was 18, and six months later his first daughter, Susanna, was born.

Those visiting Stratford will certainly want to visit the delightful thatched cottage and English gardens at nearby Shottery known as Anne Hathaway's Cottage. This was the home of Anne and her family.

Two years later, twins were born, but by then Shakespeare was a somewhat absent father-figure as his career in London began to take off.

His company, known as the Lord Chamberlain's Men performed in the Globe Theatre, now authentically reproduced on the south bank of the Thames. 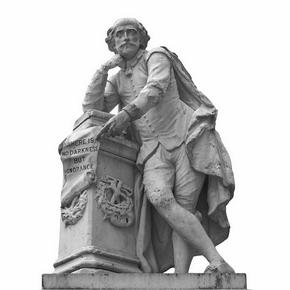 The original Globe Theatre had an eventful history as during a performance of Henry VIII, a cannon set fire to the thatched roof!

Shakespeare and his company also toured the area and was known to have performed for the royal court at Hampton Court Palace and for Sir Thomas Hesketh, the owner of Rufford Old Hall in Lancashire, now a delightful National Trust property.

Shakespeare and his company obviously travelled extensively as a visit to St Mary's Guildhall in Coventry is also documented.

Little is known of Shakespeare's life between 1585 and 1592 but thereafter his plays hit the London stage.

His new-found success and wealth enabled him to buy New Place for his family back in Stratford, which can also be visited today along with Hall's Croft, the home of daughter Susanna and her husband, Dr John Hall.

Shakespeare died in 1616 leaving an incredible legacy of his life's work including 38 plays, 154 sonnets and many poems.

His works encompassed classical comedy such as the Merchant of Venice and the Merry Wives of Windsor; historical dramas including Richard III and Henry VI; tragedy in the well known tales of Romeo and Juliet and Macbeth and tragicomedy in some of his final works, The Winter's Tale and the Tempest.

Written in blank verse, their tales of human weakness, jealousy and power have captured theatre goers from the royal court of Elizabeth I to theatre goers attending Royal Shakespeare Company productions in Stratford today.

Shakespeare was buried in the chancel of the Holy Trinity Church in Stratford-Upon-Avon which is also on the tourist trail around the town.

It is easily identified as it is marked with a plaque, along with the original curse on anyone who moves his bones - an interesting sight! Monuments to Shakespeare have since been erected the world over, including in Poet's Corner in Westminster Abbey.