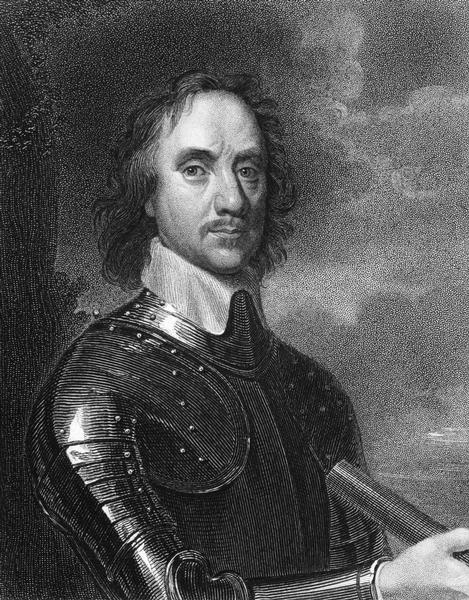 Oliver Cromwell was a controversial figure who has divided historians for centuries. Seen by some as a regicidal dictator for his role in the killing of King Charles I, he is seen by others as a hero of liberty.

His life and circumstances took huge swings both in fame and fortune as a politician, soldier and yeoman farmer until he eventually became the First Lord Protector of the Commonwealth of England, Scotland and Ireland.

Oliver Cromwell was born in Huntingdon in 1599 to middle aristocracy. He was indirectly related to Tudor statesman Thomas Cromwell, 1st Earl of Essex.

Cromwell was educated at Huntingdon Grammar School, now the Cromwell Museum, and later at Cambridge University.

When his father died in 1617, as the oldest surviving son he inherited land in East Anglia and lived off the rents.

In 1620 he married Elizabeth Bourchier, daughter of businessman Sir James Bourchier, at St Giles Church in Cripplegate, London. The marriage produced 9 children and the affectionate correspondence between them when Cromwell was on military campaign seems to show an enduring love between them. 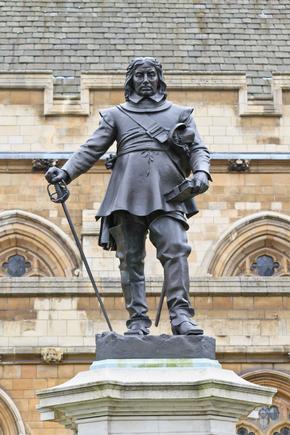 Until 1640 Cromwell played a minor role in local events as the MP for Huntingdon and later for Cambridge, but it was during the Civil War that he rose in prominence and power due to his military prowess.

Oliver Cromwell was driven by Puritan religious beliefs and his military skills were what propelled him to the heights of power, earning him the nickname "Old Ironsides".

He entered the Civil War on the side of the Parliamentarians who were known as the "Roundheads". He rose from being the leader of a cavalry troop to eventually leading the entire army.

Some of his most famous battles were the Battle of Marston Moor and the Battle of Newbury, in 1644. Cromwell is known to have demanded lodgings at Ripley Castle where his execution of royalist prisoners has left musket ball marks which can still be seen on the walls! Cromwell is also blamed for destroying Sherborne Castle and the story is told in full at Sherborne Museum.

Cromwell later went on to crush the royalist rising in South Wales at the Battle of Preston in 1648.

He was made Lord Protector of the Commonwealth of England, Scotland and Ireland in 1653.

Cromwell died of malaria in 1658 and was buried in Westminster Abbey but when the royalists were returned to power in 1661 his remains were dug up, hung in chains and beheaded, a symbolic punishment, felt deserved even posthumously.

It seems likely his body now lies near Marble Arch in what was Tyburn. His head was a collector's piece until it was bequeathed to Cambridge College in 1960 and was reburied near his Alma Mater, Sidney Sussex Chapel.

Time seems to have mellowed popular opinion and he was voted one of the Top 10 Britons of all time in a BBC poll in 2002.