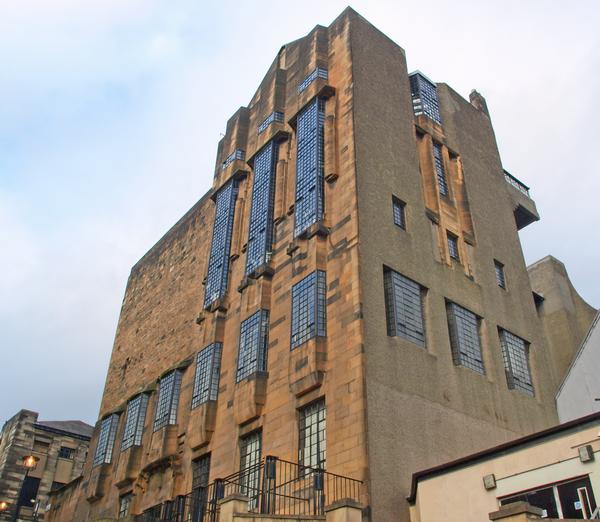 Those who have visited Glasgow will be familiar with some of the works of Charles Rennie Mackintosh, even if they are not aware of it. His unique Art Nouveau style, softening strong right angles with subtle curves and floral inspired motifs are what make his designs and architecture stand out from the rest.

Well known for his designs of chairs and tea room interiors as much as for his public buildings, Charles Rennie Mackintosh left a large and lasting legacy.

Mackintosh was born in Glasgow in 1868 to Margaret and William Mackintosh. Although his father was just a clerk for the police force, Mackintosh had a private school education at Reid's Public School and at Allan Glen's Institution.

He moved on to study at the Glasgow School of Art and at the age of 16 he began an apprenticeship with Glasgow architects, John Hutchings.

His most influential training came in 1889 when he joined the firm of Honeyman and Keppie where he received his Beaux Arts training.

He was awarded the Alexander Thomson Travelling Studentship, set up primarily to allow students to travel and study classic architecture. Mackintosh travelled to Italy where he continued his training as an architect, gave lectures and made some influential friends.

Back in Glasgow, Mackintosh's closest friends were Francis Newbery, the director of the Glasgow School of Art; his wife Jessie who herself was a draughtsman, and sisters Margaret and Frances MacDonald. Known as "The Four", together they designed and exhibited all manner of works, from posters to furniture.

Charles Rennie Mackintosh married Margaret MacDonald in 1900 and they worked closely together for the rest of their lives.

Mackintosh's first major commission was to design a new building for the Glasgow School of Art. The budget was tight and although the north end was completed in 1899, the west end was postponed and completed in 1909.

Easily identified with its huge studio windows, at the top of the building is an exhibition space simply known as the Museum, which has a glazed roof. 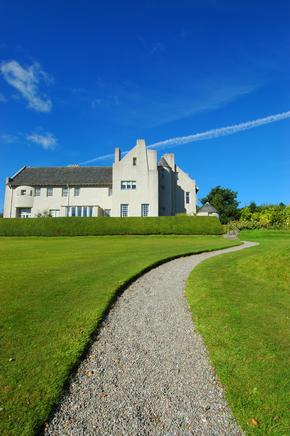 Although the budget allowed for very few adornments, the interior of the Library is surprisingly exciting. The dark stained wood used in the gallery was decorated with bright splashes of red, green and white giving it a modern geometric appeal.

This great achievement raised Mackintosh's profile in the city of Glasgow and beyond. Further commissions followed including the music room in Vienna for Fritz Warndorfer, the Glasow Herald Lighthouse building and Queen's Cross Church in Glasgow.

He then worked on Hill House, overlooking the Clyde estuary at Helensburgh which he designed for publisher Walter Blackie. With no limit to the budget, Mackintosh was able to design a polished interior in keeping with the developing artistic style at that time.

During this period the temperance movement was popular and tea rooms were in vogue. They provided a place where friends could meet, socialize and enjoy non-alcoholic refreshments.

Miss Catherine Cranston owned a chain of tea rooms in Glasgow and she commissioned Mackintosh to design a decorative frieze.

In her Argyll tea room he also designed the furniture and in 1903 he designed the interior of the well-known Willow tea rooms which still operate in Glasgow today.

Economic hardship in the early 20th century led to work drying up and the Mackintoshes moved to France for economic reasons.

Charles continued to paint a huge portfolio of watercolour landscapes but when he was diagnosed with throat and tongue cancer they returned to England.

Charles Rennie Mackintosh was only 60 when he died in London in 1928.