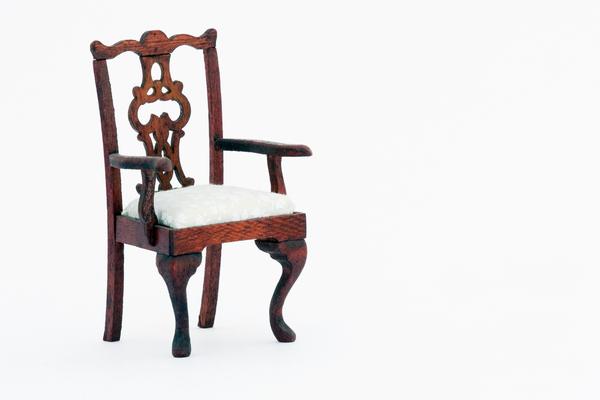 The name "Chippendale" is synonymous with fine 18th century wooden furniture, which often featured fine carving and ornate detailing. This style was developed and made popular by Thomas Chippendale, English furniture designer and Master cabinet-maker in the late 18th Century.

Thomas Chippendale was born in Otley, Yorkshire in 1718. Woodworking was in his blood as his father was a carpenter. After some basic education at the local Prince Henry's Grammar School, Chippendale trained under Richard Wood in York before his ambition and head for business motivated him to move to London.

In 1748 he married Catherine Redshaw at a fashionable wedding at St Georges Chapel, Mayfair and they produced nine children. In 1754 the family moved to St Martins Lane in London and Chippendale went into partnership with upholsterer, James Rannie. The family business was run from there for the next 60 years, until Thomas Chippendale Junior went bankrupt and was evicted.

Thomas Chippendale decided to publish his portfolio of work to promote himself and show potential clients ideas of what he could create for them in his workshop. The catalogue was known as the "Gentleman and Cabinet-Maker's Director" and was one of the first of its kind to be published. 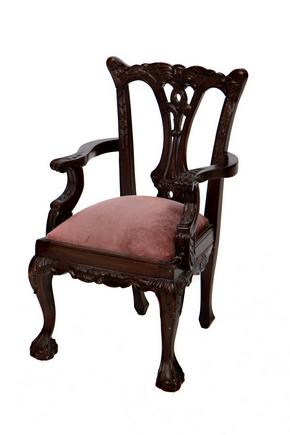 As other cabinet-makers and furniture sellers rushed out to buy a copy, Thomas Chippendale was a household name in no time.

He employed 40 or more artisans who worked on his designs. Furniture at that time was made of solid wood such as mahogany, allowing for ornate carved detail which he became known for.

His signature form was the cabriole leg; an ornate S-shaped chair or table leg with ornate carving at the top and bottom, ending in a ball and claw or lion's paw foot.

Chippendale is best known for his furniture but he also supplied wallpapers, chimney pieces and complete rooms where required. He developed his own unique style but also reflected Rococo, Chinese, gothic and Neoclassical influences in his customized designs.

As his fame grew he was commissioned to equip state apartments, furnish servants rooms and domestic offices. He undertook repairs, did removals, hired out furniture and was even known to direct and furnish funerals!

Where to see Chippendale's Work

One of his complete bedroom suites was originally designed for Badminton House. The suite can now be seen in the Victoria and Albert Museum in London. Chippendale's work can also be seen at Blair Castle in Perthshire, Wilton House, Newby Hall and Petworth House in West Sussex.

Thomas Chippendale worked as a Master Carver with architect Robert Adam on large projects and was greatly influenced by him. Their work can be seen at Nostell Priory, now owned by the National Trust. Harewood House is said to have the finest collection of Chippendale furniture in Britain and is well worth a visit.

Although the term "Chippendale" is applied to much of the handmade furniture produced at that time, attributing pieces to Chippendale himself can be difficult. Due to the publishing of his Cabinet Maker's Director, his styles were widely copied. Even the projects he personally undertook were probably done by his trained workmen under his supervision.

In 1776 Thomas Chippendale retired and his son, Thomas Junior carried on the business. Chippendale moved to Hoxton in 1779 and he died later that year of tuberculosis. He was buried in St Martin-in-the-Fields Church in Trafalgar Square. His work lives on in stately homes across Britain, and in the book of designs he published.