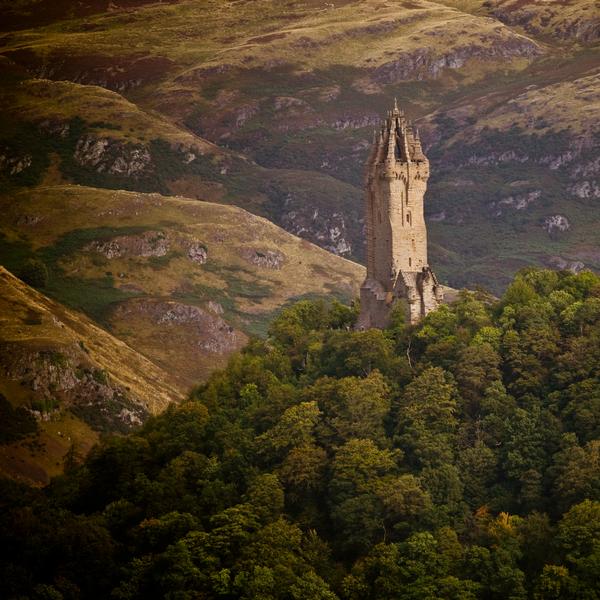 William Wallace was one of Scotland's greatest leaders in the 13th century Wars of Scottish Independence from English rule.

His leadership of the Scottish resistance and death as a martyr to the cause has assured his place in history as a Scottish patriot and national hero.

Son of a Knight

William Wallace was the son of a Scottish knight and was probably a descendant of Richard Wallace who followed the Stewart family north to Scotland in the 12th century. 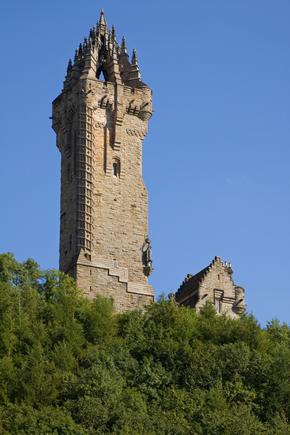 Facts of his early life are sketchy, including his birthdate, which was probably around 1270 near Ellerslie in Ayrshire.

At the time of his birth Alexander III had been peacefully ruling Scotland for over 20 years and Edward I was crowned King of England in 1272.

William Wallace is known to have been educated in French and Latin and probably had some military experience in his youth.

When Alexander III died in 1286 his heir was his 4-year old granddaughter Margaret, who lived in Norway. For a time Scotland was ruled by Scottish Lords until Edward I arranged for his son Edward to marry Margaret and merge the two nations.

His plans were ruined when Margaret died on the journey to Scotland, heralding a time of uncertainty and insecurity.

William Wallace's father was killed by the English during a skirmish at this time. No doubt this contributed to William's determination that Scotland should be free of the English oppressors. 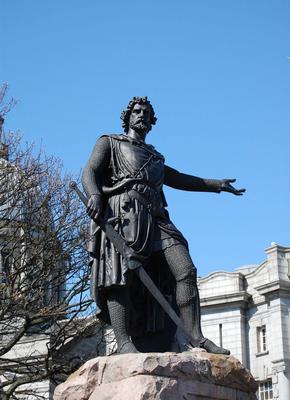 The main contenders to the Scottish throne were John Balliol and Robert Bruce.

Balliol was declared King of Scotland in 1292 by Edward I, who later turned and defeated him at Dunbar in 1296.

Edward took possession of the Stone of Scone on which all Scottish kings were crowned.

Opposition against Edward I grew and there was widespread rioting and disorder. William Wallace was involved in a fight with local solders at Ayr.

He was captured and thrown in a dungeon where he was left for dead. However, local sympathizers rescued him and once he was back on his feet, his mission against the English began in earnest.

Along with Sir Andrew de Moray, he led a successful uprising against Edward at Stirling Bridge, slaughtering the English as they crossed the River Forth. 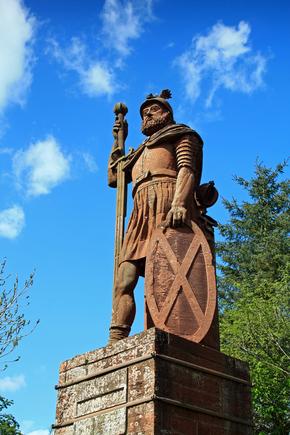 His overwhelming victory showed his strengths as a tactical and charismatic leader.

He went on to invade Northern England and was knighted in 1297 and ruled for a time in Balliol's name.

By 1298 the English forces had returned and Wallace and his followers were crushed at Falkirk by the 90,000 strong English army.

Many Scots were killed and Wallace was forced to become an outlaw, so Robert the Bruce laid claim to the throne.

Little is known of Wallace's whereabouts until 1305 when he was betrayed and arrested near Glasgow. He was taken to London, tried and hung, drawn and quartered as a traitor.

Edward I may have believed that a public execution would break the spirit of the Scots, but William Wallace was instead hailed as a martyr.

Robert the Bruce went on to be officially crowned King of Scotland in 1306, but the battle to drive out the English garrisons continued on for some time.

A statue of William Wallace stands near the ruins of Dryburgh Abbey and makes an interesting memorial to his life.