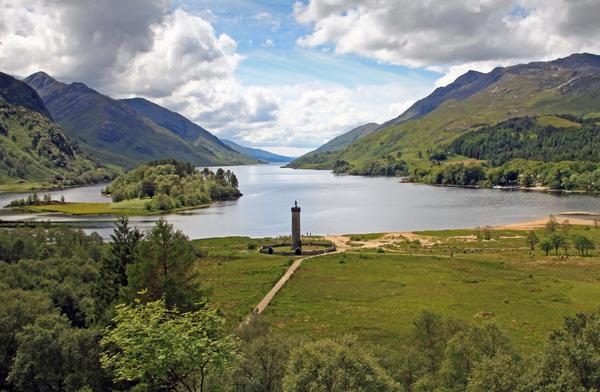 Known as the "Young Pretender" and often remembered as a Scottish hero, Bonnie Prince Charlie was in fact born in Rome in 1720. He was christened Charles Edward Louis Philip Casimir Stuart.

He was of the Stuart dynasty as his grandfather was James II of England until his exile. James II's protestant daughter Mary, and her husband William of Orange then jointly took the English throne. The Catholic son of James II, known as the "Old Pretender", was Bonnie Prince Charlie's father, also called James. 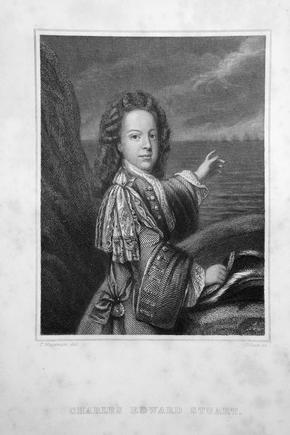 Bonnie Prince Charlie had a life of privilege in Rome, but talk around the dinner table of this staunchly catholic family must often have turned to their claim to the English throne.

Some support from the French government in 1744 led to plans for an invasion of England which never actually materialized, but the plan was set in Bonnie Prince Charlie's heart.

In 1745 he traveled to Scotland with a few supporters to rouse the Highland clans to his cause.

Many Scots approved of the idea of a Stuart reclaiming the English throne, regardless of the fact that Charlie was born and raised in Italy and his mother was Polish.

Charles raised the Stuart standard at Glenfinnan and instigated the first Jacobite Uprising. The rebels took control of Edinburgh and crossed the border into England.

Due to lack of support from the English, who by and large were happy with the peaceful reign of William and Mary, the prince had to turn back at Derby and head back to Scotland.

Led by the Duke of Cumberland, the English soundly defeated Bonnie Prince Charlie at the Battle of Culloden when many innocent Scots, who were not even part of the Jacobite Uprising, were massacred.

This was one of the most bloodthirsty battles in Scottish history. 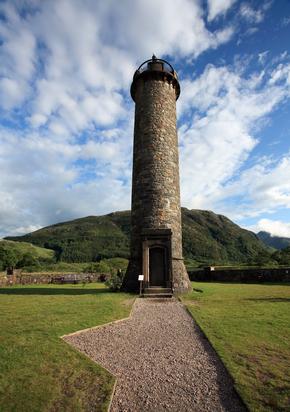 Meanwhile Bonnie Prince Charlie escaped and was a hunted fugitive. He spent five months hiding in the Highlands and Isles of Scotland. Even a ransom of £30,000 (around £1,000,000 today) failed to induce a betrayal of his whereabouts.

A further downside of the Battle of Culloden was a strict clampdown by the English government on the Scots. They were no longer permitted to carry instruments of war, which included bagpipes!

The wearing of tartan kilts, which signified their clanship, was illegal and many Scots left their homeland and emigrated all over the world.

The Battle of Culloden had life-changing and far-reaching repercussions.

Meanwhile Bonnie Prince Charlie had reached the Isle of Skye where Flora MacDonald took pity on him and hid him, disguised as her maid. Eventually his few supporters organised his escape to France.

Flora was imprisoned in the Tower of London for her part in his escape before eventually being released.

The end of Bonnie Prince Charlie's life is a sad tale. He continued to fight for the Jacobite cause, returning to London in 1750 and 1754, but he had no real support. He died in Rome in 1788, an alcoholic. 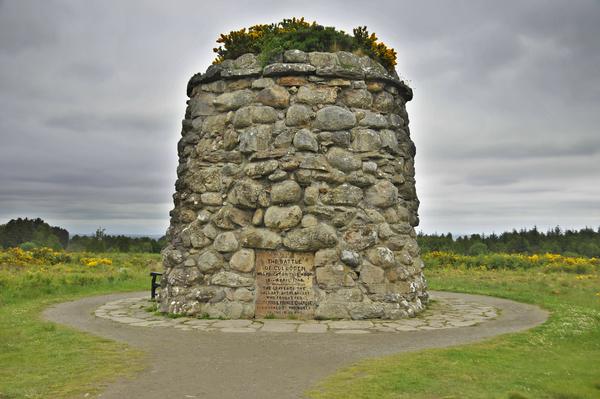 His story of potential Stuart kingship is kept alive in Scottish stories and folk songs. A monument was erected at Glenfinnan in his memory and the myths and romanticism of his cause live on.