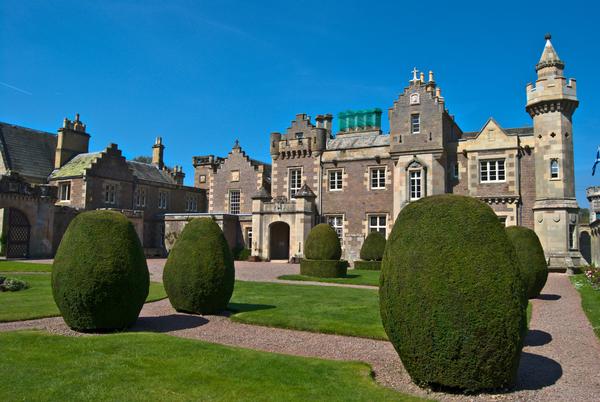 He was born in Edinburgh in 1771, the son of a solicitor of the same name. A childhood bout of polio left him lame in his right leg, but nonetheless he grew up to be a fit and strong man, over six feet tall.

After completing his studies in art and the law at Edinburgh High School and Edinburgh University, he began working for his father and by 1792 had been called to the bar.

In 1797 he married Margaret Charlotte Charpentier and they had five children over the forthcoming years. 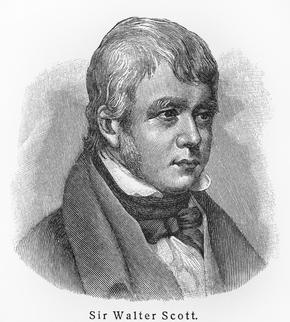 In 1799 Scott was made Deputy Sheriff of Selkirk, all a far cry from his future writing career.

However, he had developed an interest in collecting old ballads and had translated some German works into English.

Scott was first noticed for his poems. His first publication was "Minstrelsy of the Scottish Border" in 1802.

Apparently he burnt the first edition when his friends did not give it favourable approval, but his reworking of his first work eventually found success. The "Minstrelsy of the Scottish Border" was inspired by Smailholm Tower a 15th century tower near Kelso.

It was his second publication in 1805 entitled "The Lay of the Last Minstrel" that brought him lasting fame. He started a publishing company of his own with his friend James Ballantyne, but it failed with huge debts which he spent his life repaying from his writing income.

"Rob Roy", one of his best known works, was a portrait of one of Scotland's best known heroes, and was sold out in two weeks.

His fame led to him being offered the position of Poet Laureate in 1813, which he declined. In 1819, his best-seller "Ivanhoe" was published, set in the age of Richard the Lionheart, and many more great novels followed.

Scott lived for many years at Abbotsford House near Galashiels which overlooks the beautiful River Tweed. Scott developed it from a farmhouse into a mansion and filled it with ancient furniture, armour, Scottish relics and books. 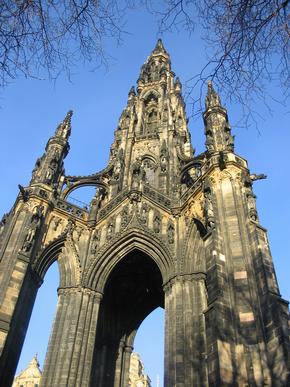 In recognition of his work, Scott was created a Baron in 1820. One of his later achievements was the founding of the Bannatyne Club which published old Scottish texts.

In later life, Scott travelled to France in 1826 to gather material for his work entitled "Life of Napoleon" which eventually ran to nine volumes in length. At this time his wife, Lady Scott, died.

In 1830 Scott suffered a stroke, but nonetheless sailed for Italy. He returned safely but died in 1832 and was buried in the family tomb in Dryburgh Abbey.

The impressive Scott Monument can still be seen in Princes Street, Edinburgh you can still find his portrait on Scottish banknotes to this day.