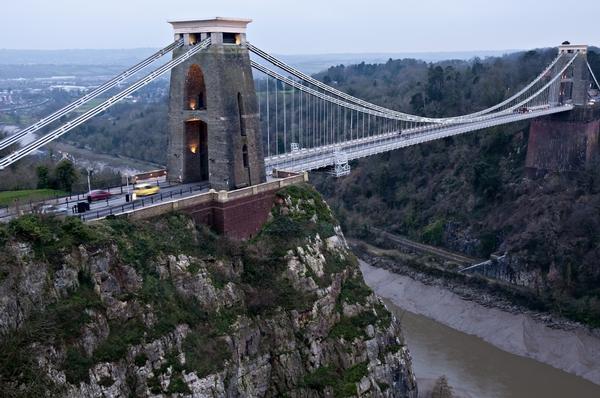 The chances are that if you have done any travelling in Great Britain, whether wittingly or not, it will have been with the help of a single inventor/engineer.

Traveling around Bristol you will have, most likely, crossed the Clifton Suspension Bridge. Riding the rails throughout England is mostly due to this single person.

Who is this travellers' champion? Isambard Kingdom Brunel.

Brunel was born in Portsmouth in April, 1806.

After studying in Hove, and for a brief time in France (where his father had escaped the Revolution years earlier), he worked on the Thames Tunnel in London. This was the first major project that he was involved. In this, he worked alongside his father.

In 1831 he entered a contest to design a bridge to cross the Clifton Gorge, just outside Bristol. Brunel won the competition and work began on the bridge later that year. However, it wasn’t completed until 33 years later, and Brunel didn't live to see it finished. 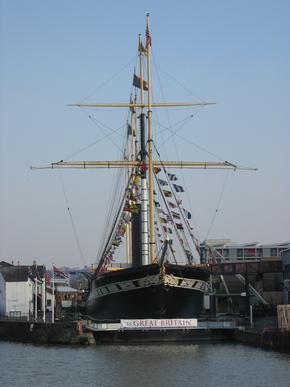 Isambard Kingdom Brunel was responsible for designing docks in Bristol, Plymouth, and Cardiff.

Shortly thereafter he turned his hand to the Victorian railway system.

His Maidenhead rail bridge, in Berkshire, spans The river Thames. Crossing the River Tamar - just outside Plymouth - his Royal Albert Bridge is a key part of the rail connection between Devon and Cornwall.

Isambard Kingdom Brunel also had a keen interest in steam ships. His S.S. Great Britain was the first ship to use a screw-propeller.

It can still be seen in Bristol. At the time it was constructed, it was the largest ship in the world.

Britain wasn’t the only country to benefit from his plans.

During the Crimean war he was involved with hospitals and even an armoured barge.

Throughout his life Brunel was a workaholic, although there was time for a personal life. In 1836 he married, and subsequently fathered three children; two sons and a daughter.

He was still a relatively young man when he died: At the age of 53, while watching the sea trials for his ship, The Great Eastern, he suffered a stroke. He died less than a week later.