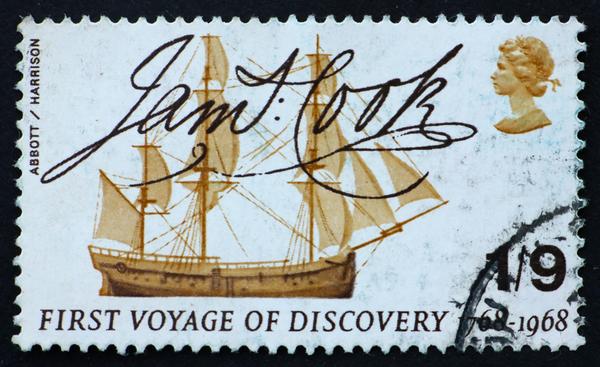 Captain James Cook goes down in history as one of the greatest explorers of all time. He sailed to all seven continents, and vastly increased the knowledge of the world in the late 18th century.

As a respected captain and a skilled cartographer his records and voyages filled many gaps on the world maps of his day.

James Cook was born in the Yorkshire village of Marton in 1728. As one of seven children he had a basic local education and then went to work at nearby Staithes where he developed a yearning to go to sea. At the age of 17 he became an apprentice to ship owners in Whitby where he worked on coal ships. 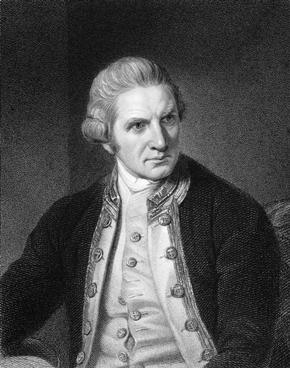 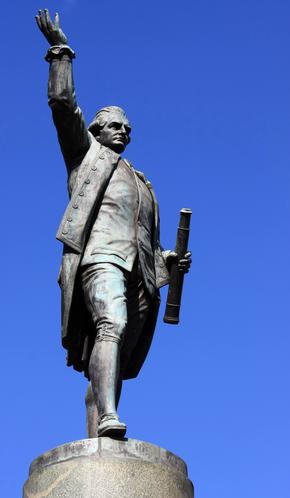 Statue of Captain Cook in Sydney

Determined to better himself, Cook educated himself in navigation and mathematics and after nine years he enlisted with the Royal Navy.

His first trip was aboard the "Eagle", a 60-gun ship on which he sailed to the coast of North America.

Sailing in the 18th century was full of hardship and risk from pirates, storms, shipwreck and local islanders.

Cook's experience gained him promotion to master of his own survey ship and he mapped the estuary of the St Lawrence River, prior to Wolfe's assault on Quebec. He went on to charter the coast of Newfoundland. His accuracy in mapping and in recording the eclipse of the sun led to him being recognized as "Master of the Pilotage".

He married Elizabeth Batts of Shadwell in 1762 and they produced six children, but Cook was frequently away on his long trips.

In 1768 his scientific ability led to him being chosen to lead an expedition to the Pacific in a new ship, the "Endeavour". Cook and his team of scientists and sailors sailed from Plymouth. 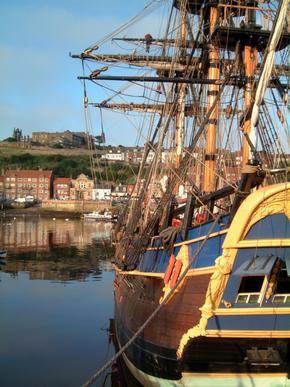 His mission was to chart the crossing of the planet Venus across the sun. This would enable astronomers to calculate the distance of the sun from the earth for the first time. In 1769 this was an unknown fact!

After recording the eclipse in Tahiti, Cook then sailed on to New Zealand and the east coast of Australia, then to the East Indies, across the Indian Ocean, around the southern tip of Africa and home. He arrived back some three years later in 1771.

The success of his first voyage led the Royal Navy to send Cook on a new mission, to find Terra Australis Incognita, the unknown southern land.

In 1772 two ships, the "Resolution" and the "Adventure" headed south. Cook got within 75 miles of Antarctica before turning back due to floating icebergs.

After wintering in New Zealand he circumnavigated the waters around Antarctica and determined there was no habitable southern continent.

During this second voyage he discovered many of the islands in the Pacific Ocean.

He returned to England in 1775 and was elected Fellow of the Royal Society, a high honour. He spent time recovering in the Royal Hospital in Greenwich. 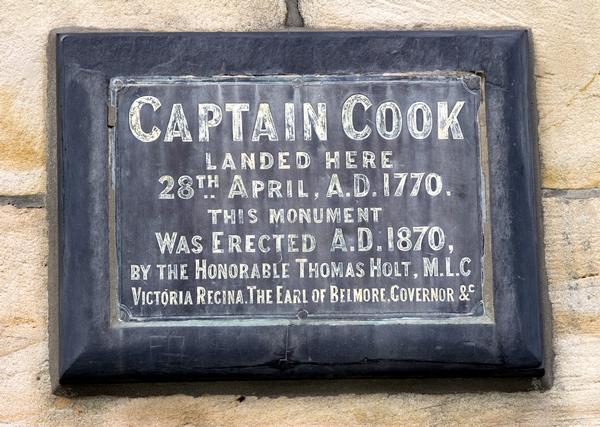 Cook soon set sail again at the orders of the Navy to discover a possible Northwest Passage across the top of North America.

Cook left in 1776 sailing around the tip of Africa, across the Indian Ocean, between the two islands of New Zealand, now called Cook Strait, and along the coast of Oregon, British Columbia and Alaska.

His progress through the Bering Sea was halted only by impenetrable Arctic ice. Once again his voyage had proved that something hoped for did not actually exist.

Captain Cook finally reached the Kona coast of Hawaii where he was killed in 1780 in a fight with natives over the theft of a boat.