You are here:  Attractions -> Things to Do in Greater London -> Trafalgar Square

Trafalgar Square, set in central London, is one of Britain's great tourist attractions. 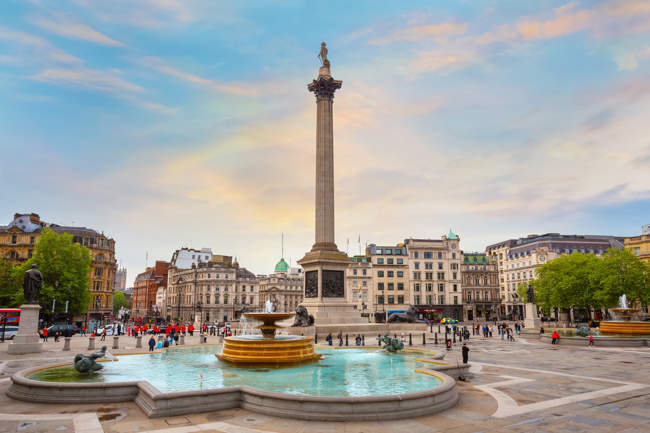 Nelson's Column ©coward_lion - stock.adobe.com
A visit to the capital would be incomplete without going to marvel at Nelsons Column and the four giant lions at its base, or to admire the lovely splashing fountains and to feed the pigeons, who have made their home here.

Built to commemorate Admiral Nelson, the square was named after the Spanish Cape Trafalgar where his last battle, The Battle of Trafalgar, was won.

It was John Nash, who designed the first layout of the square in the 1820's. 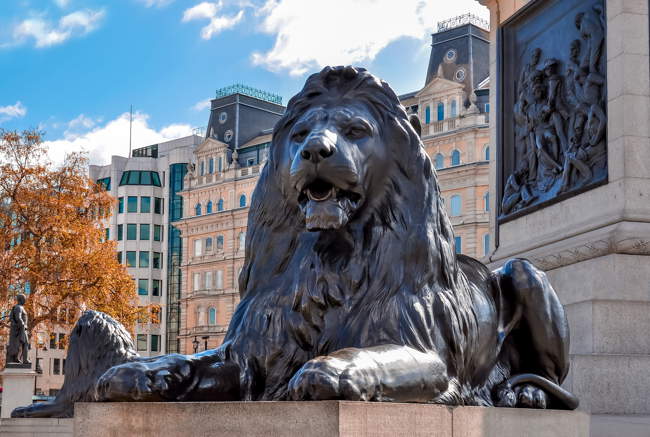 Trafalgar square lion ©Mistervlad - stock.adobe.com
Although he didn't live to see its completion, his Neo-classical design was adhered to, achieving the unified effect of the beautiful buildings we admire today.

Building of the square began in 1829 and was still being developed into the 1840's.

The National Gallery occupies the north side of the square. In the stone under the balustrade, you can see the Imperial Standards of Length (1 foot, 2 feet, 1 yard etc.).

On the east side is South Africa House, with African animals featured on the stone arches.

Sir Robert Smirke, who designed The British Museum, also created Canada House, on the west side. 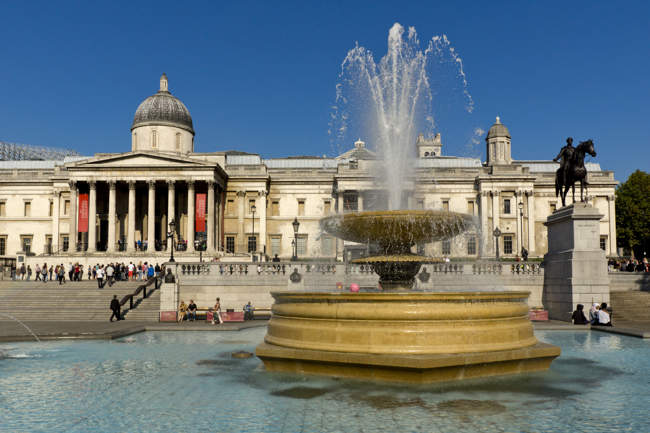 National Gallery ©charles - stock.adobe.com
Now open to the public, Canada House is worth a visit to enjoy the original classical interior and to see the interesting changing exhibitions on view.

Visiting Canadians may be interested to know that they can read the Canadian newspapers, browse on line, or send and receive emails in Canada House.

The chartists assembled in Trafalgar Square in 1848 and since then, it has been a favourite meeting place for demonstrators and marchers, trying to gain attention for their cause.

Trafalgar Square ©f11photo - stock.adobe.com
Each year in December, the people of Norway send a gift of an enormous Christmas Tree to Britain, which is erected in Trafalgar Square.

This is in thanks for Britain's part in their liberation during the second world war.

One of the unforgettable sights of London is to see the giant tree after dark when it is lit by hundreds of twinkling fairy lights, carol singers grouped around, while floodlights illuminate the sparkling water in the fountains of the square. 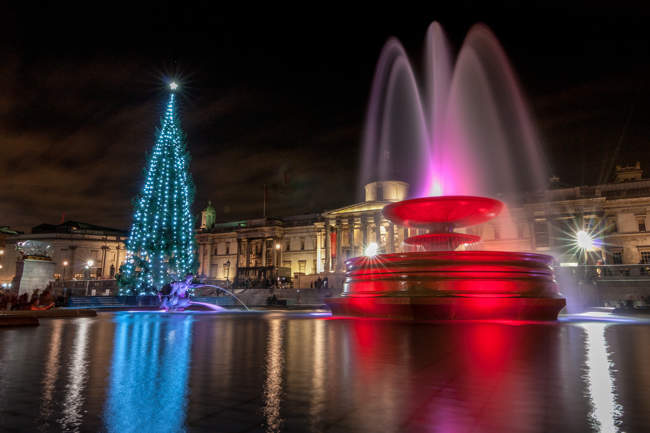 Christmas at Trafalgar Square ©Mark - stock.adobe.com
This picture is depicted on many Christmas cards, sent all over the world each year.

The equestrian statue of Charles I at the south end of the square is noteworthy, as being the original site of Charing Cross.

This is the spot from which all 'distances from London' are measured. 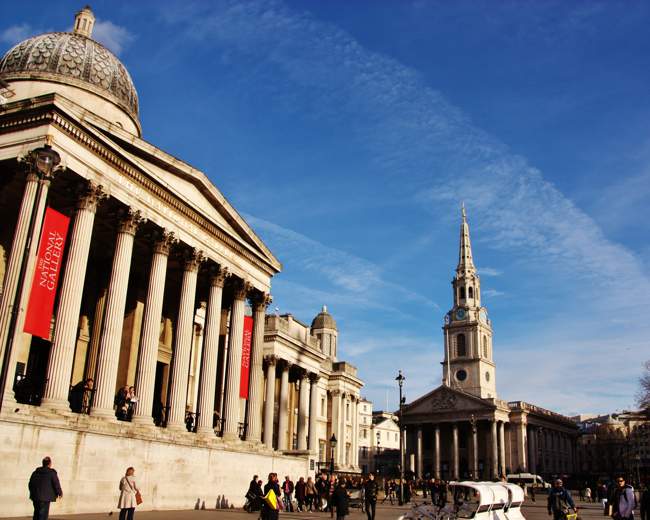 Trafalgar Square ©lougreenwich - stock.adobe.com
Edward I erected a cross here in 1290, the last of twelve marking the resting places of the funeral cortege of his wife Eleanor as it made its way from Nottinghamshire to Westminster Abbey.

The cross remained on this spot, until its removal during the Civil War in the mid 17th century. A replica was placed in the forecourt to Charing Cross Station two centuries later. 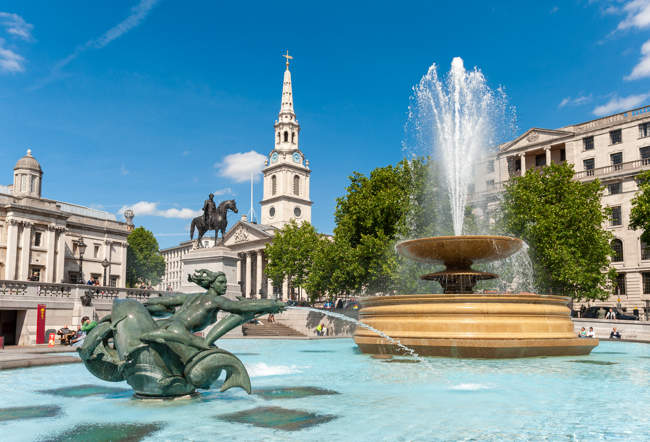 On either side, are the bronze statues of Sir Henry Havelock and Sir Charles James Napier both Victorian major generals.

Fronting the north wall are busts of Beatty, Jellicoe and Cunningham all famous military leaders. 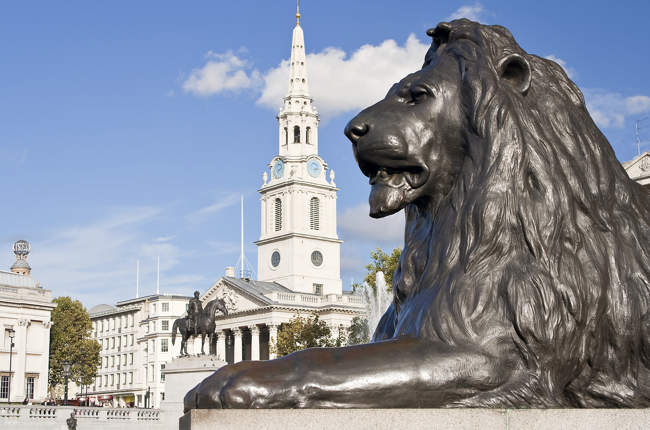 Statue of a lion in Trafalgar Square ©kmiragaya - stock.adobe.com
In the north-east corner, is a statue of George IV on horseback, commissioned by him, while in the opposite corner the pedestal does not yet have a permanent statue.

Days Out near Trafalgar Square

Places to Visit near Trafalgar Square