You are here:  Attractions -> Things to Do in North Yorkshire -> Ripley Castle 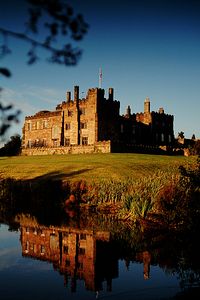 Ripley Castle is Yorkshire's Best Small Visitor Attraction of the Year. It has belonged to the Ingilby for over 700 years and they are believed to be one of the oldest families in the country to still live in the same residence.

The Castle Gatehouse was built in 1450. Musket ball holes show where Cromwell's 'rebel' troops shot some prisoners. Not withstanding his stunning victory at Marston Moor, Cromwell found himself held at gunpoint by 'Trooper Jane' Ingilby in the Castle Library. There is some amazing Civil War armour to see.

David Ingilby was one of the rebel leaders of 'The Rising of the North' in 1568. This was 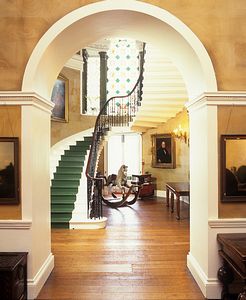 very awkward for his father, who had to quash the rebellion. He and his brother Francis were 'the most dangerous papists in the north': Francis was hung drawn and quartered. The priests hiding hole where they hid is on view.

James 1 stayed at Ripley in 1603. In 1605 the Gunpowder Plot was uncovered. It would have killed the Royal Family and destroyed Parliament. Curiously nine of the eleven conspirators were connected to the Ingilbys.

Each April/May there is the wonderful perfume of seventy four species of Hyacinth which form the English National Collection. In the walled kitchen garden are rare varieties of fruit and vegetables, herbs and spices. There are massive herbaceous borders, a riot of colour alongside the fountain and lawns. The woodland walk through the Pleasure Grounds has fine vistas over lakes and a deer park. There is a small play area for the children.

When Sir William Amcotts Ingilby visited France in the 1830's he was so inspired by a model estate village that he visited, that he returned home and rebuilt Ripley virtually from scratch. The village has a cobbled market square, ancient church, art gallery, shops, village stocks and an old coaching inn.

Days Out near Ripley Castle

Places to Visit near Ripley Castle