You are here: Articles -> Events in British History -> The English Civil War 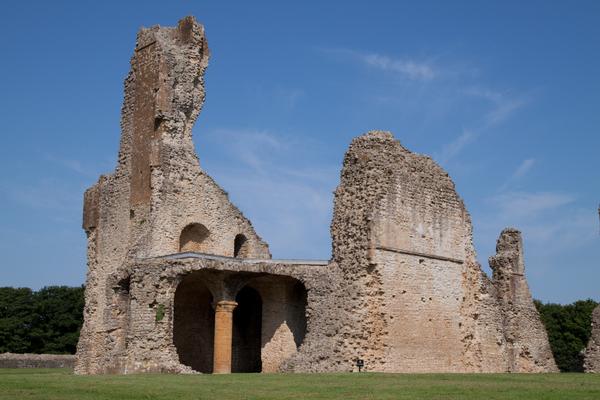 The English Civil War was, to be correct, a series of conflicts between the Royalists, loyal to Charles I, and the Parliamentarians, eventually led by Oliver Cromwell. The first period of war lasted from 1641-1646, the second lasted from 1648-1649 and the third war from 1649-1651 was between supporters of King Charles II and the supporters of the Rump Parliament.

It finally came to an end with the Battle of Worcester in 1651. The issue focused on the manner in which Britain and Ireland were governed and it tested the prerogative of the monarchy and the theory of the divine right to rule.

The Civil War was fought for religious, political and social reasons. Unusually, it was not fought for money but rather for service, loyalty and strongly held beliefs.

The background to the English Civil War was that Catholics in England long after Henry VIII's Reformation still hoped for a Catholic monarch whilst the Puritans, supported by the landowners and gentry, wanted to reform the Anglican Church, making it less akin to Roman Catholicism. 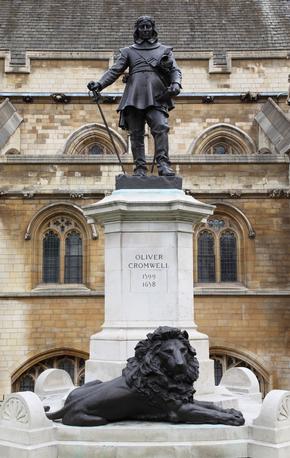 Statue of Oliver Cromwell outside the Houses of Parliament

Charles I came to the throne is 1625 on the death of his father, James I. He was pro-Catholic and believed in the divine right to rule and objected to the powers that Parliament wielded. Eventually Charles had Parliament dissolved - for 11 years! Eventually Charles built up an army to counter Parliamentary forces.

Charles I raised his standard at Nottingham in 1642 and at first routed the "Roundheads" but at the battle of Marston Moor in 1644 the roles reversed and Cromwell's New Model Army checked the King's forces. Chepstow Castle was held by Royalists and besieged until eventually falling to Parliamentarians who also seized Beeston Castle.

Some of the most desperate sieges were in Herefordshire, where between 1643 and 1646 Goodrich Castle was held by Cromwell's Parliamentary troops. Kenilworth Castle in Warwickshire changed hands several times before Cromwell ordered its demolition, leaving what remains today. He also reputedly ordered the destruction of Sherborne Castle and Civil War enthusiasts may enjoy the exhibition at Sherborne Museum.

Some of the most important battles which took place in 1644 were the Battle of Marston Moor and the Battle of Newbury. Cromwell is known to have demanded lodgings atRipley Castle and musket ball marks can still be seen on the walls!

In 1649 Charles I was tried as a "tyrant, traitor and murderer" and was executed. Only those who supported the trial were allowed into the new Parliament. It was known as the "Rump Parliament" under Oliver Cromwell, who in 1653 was declared "Lord Protector of the Commonwealth".

Upon Cromwell's death five years later his son Richard took control but he lacked the force that his father had shown. In 1660, by common assent, Charles II returned from exile, which brought to an end the Civil War era.