You are here:  Towns -> Places to Visit in Hampshire -> Portsmouth

Things to do in Portsmouth, Hampshire 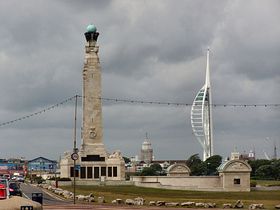 Famous for its Royal Naval base, historic dockyard and its football club, Portsmouth is a well-known port city in Hampshire on the south coast of England.

It is actually an island city, located mainly on Portsea Island, but visitors barely notice the crossing onto the island via the M27 or the M275.

The sheltered natural harbour is a thriving ferryport, just a short distance from the Isle of Wight. It has the world's oldest dry dock, a major dockyard and is home to the Royal Navy and the Royal Marine Commandoes.

Portsmouth's history dates back to Roman times, and one of its oldest (and possibly ugliest!) monuments is the Round Tower fortification, built to defend the harbour entrance in 1418, opposite its counterpart, the Square Tower.

Ships sailed from Portsmouth harbour in 1787 to establish the first European colony in Australia. In 1805, Admiral Nelson led the fleet out of Portsmouth for his final voyage at the Battle of Trafalgar.

Portsmouth is a huge conurbation with a population of around 200,000 people. It has a busy town centre and modern shopping area although most visitor attractions are along the waterfront. Although the city was hard hit by bombing during WWII some historic areas remain.

The main landmark is the sail-like Spinnaker Tower, which looks down on the shops and restaurants on the Gunwharf Quays from a height of 170 metres. It is the tallest accessible structure in the UK outside London with splendid views of the harbour, dockyard and the Isle of Wight from the triple observation decks.

Within the city, the Cathedral of St Thomas of Canterbury is a historic landmark, which has been standing on the High Street since the 12th century. Regular choir recitals can be heard during the week and on Sunday mornings. The red brick Roman Catholic Cathedral and Bishop's House can also be toured.

For historic waterfront pubs and great views of the naval ships and ferries, visitors should head down to the Point, also known as Spice Island.

Things to do in Portsmouth

Portsmouth Historic Dockyard has several interesting attractions, which can be enjoyed independently or on a great value combination ticket.

HMS Warrior and HMS Victory, Nelson's famous flagship, can both be toured with a guide. The preserved remains of the Mary Rose, Henry VIII's flagship, which was raised from the seabed after 450 years also makes an interesting exhibit.

Perhaps the best way to enjoy the dockyard is on a narrated boat trip around the harbour, which sails past the historic ships at berth as well as destroyers, submarines and whatever part of the Royal Naval Fleet happens to be in port.

The National Museum of the Royal Navy, housed in 18th century buildings, is full of fascinating exhibits which are interesting for all ages and very well laid out. The Royal Marine Museum, Southsea Castle and Sea Life Centre all show different aspects of this waterfront city.

Portsmouth City Museum has a host of Sherlock Holmes memorabilia as the author Sir Arthur Conan Doyle lived in the suburb of Southsea. Another notable Portsmouth resident was Charles Dickens, whose birthplace and museum can also be visited.

Beyond the town, families enjoy the beaches and entertainment at Southsea, particularly the fun fair at the Clarence Pier and the more traditional South Parade Pier. 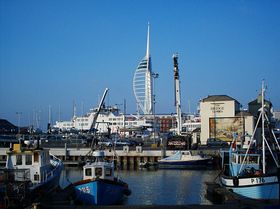 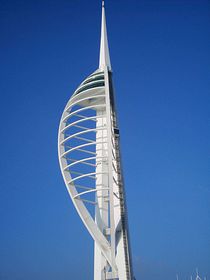 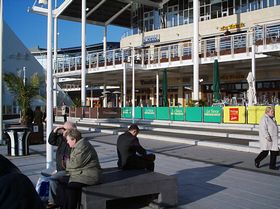 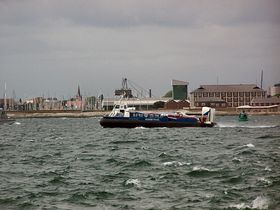 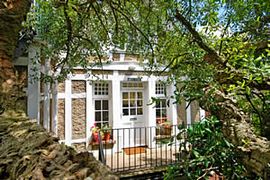 more self catering near Portsmouth...

Days Out in Portsmouth

Places to Visit near Portsmouth