Although the birth of Christ has been celebrated for the best part of 2,000 years, it only became a festival as we know it in Victorian times.

Many of these Victorian Christmas traditions were introduced to English society by Queen Victoria and her husband, Prince Albert. 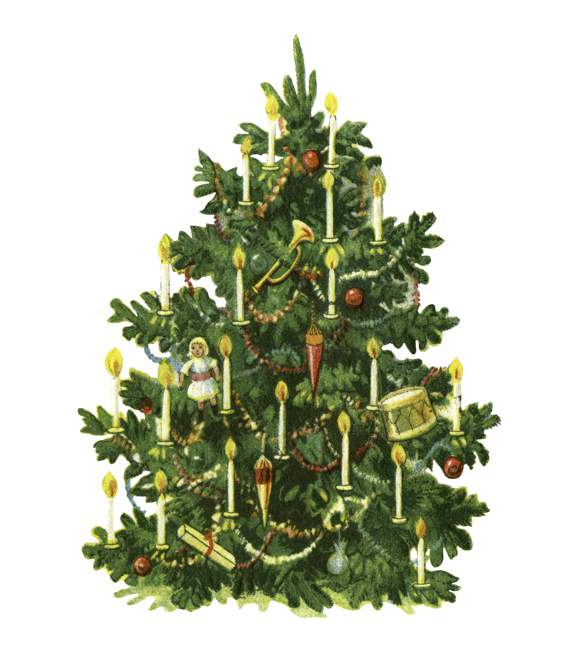 Being from German aristocracy, Albert was used to the custom of bringing a fresh fir tree into the home and decorating it on Christmas Eve, so he had the first victorian Christmas tree brought to Windsor Castle in the 1840s.

The Introduction of Victorian Christmas Decorations

The burning wax candles and decorative Christmas baubles were a focal point of Victorian Christmas decorations and quickly the idea became fashionable in Victorian parlours everywhere. 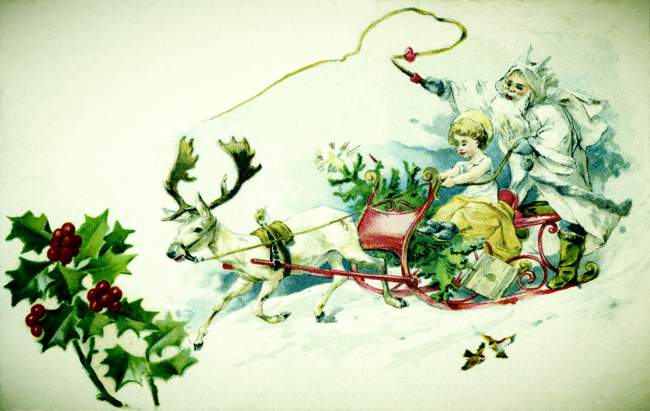 Santa and his Sleigh © Prawny via Pixabay

However, they did not become mass-produced and affordable to the general public for many more years.

The Introduction of Victorian Christmas Crackers

In 1846, Thomas J. Smith, a London confectioner, had a great idea for selling more sweets at Christmas.

He wrapped a bon-bon in a twist of coloured paper, added a love note, a paper hat and a banger mechanism which was said to have been inspired by the crackle of a log fire!

This new idea took off, and ironically the bonbons were eventually replaced with a small toy or novelty.

The first Christmas cards in England were designed for Sir Henry Cole, the Chairman of the Society of the Arts.

The year was 1846 and the first 100 Christmas cards, designed by John Calcott Horsley, were printed at great expense which rather hindered the idea from taking off.

Another significant factor was the rising popularity of the Royal Mail allowing postage costs to be reduced to one half penny per ounce.

By the early 1870s, anyone who was anyone could afford to send Christmas card greetings.

These common plants all produce winter berries and were held to be "magical" long before Victorian times. 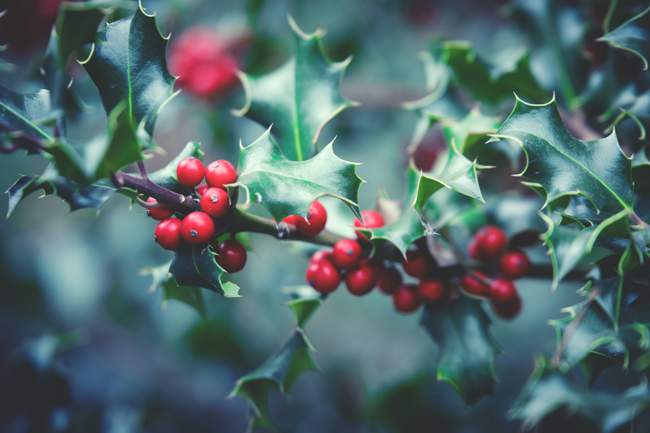 The holly berries were said to repel witchcraft and a berry-laden sprig would be carried into the Victorian house by a male and used to decorate the Christmas pudding.

Mistletoe had pagan origins and in Victorian times it was not allowed in churches.

However, kissing under the mistletoe was popular in Victorian homes.

After each chaste kiss a white berry had to be removed from the sprig until there were none left - and no more kisses were to be had.

Although Christmas songs had been sung by wassailers from the 15th century, it was only at Christmas in Victorian times that they began to be sung in churches.

Silent Night, for example, was written in Austria and was only translated into English in 1871 when it was added to the Methodist hymnal.

Traditionally the Victorian Era Christmas began on Christmas Day when church bells called everyone to church for scripture readings interspersed with carols.

Christmas dinner was a grand family affair for those who could afford it with a goose, chicken or roast beef. Turkey became popular in the late 19th century.

Christmas pudding was served then crackers were pulled and everyone exchanged gifts before playing parlour games.