No well-dressed Victorian lady would ever dress without adding a host of Victorian fashion accessories. 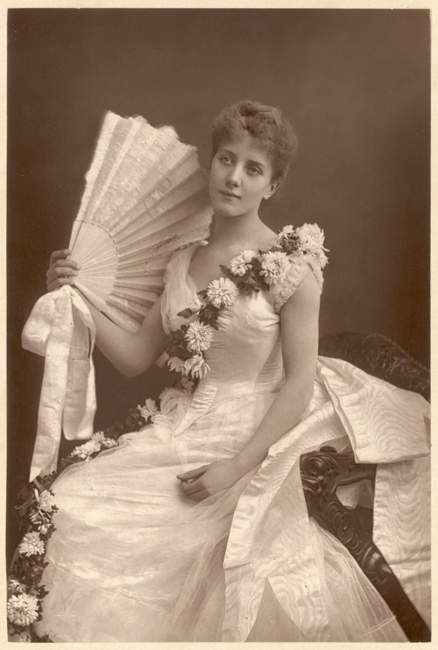 Victorian dresses would be finished with a pin, brooch or cameo.

Figures would be carved onto putty, shell, green lava, coral, carnelian, malachite or even real tortoiseshell and then mounted onto tooled sterling silver or gold surrounds which were trimmed with seed pearls.

Human hair of a loved one, or even of a deceased family member, was crafted into bracelets, brooches, hair clasps, lockets and other fanciful accessories and were the height of Victorian fashion.

Hats and bonnets were frivolous affairs. They would be trimmed with frills, flowers and feathers.

Bonnets in the 1830s had a wide brim and were an essential part of Victorian fashion.

Millinery was a specialist trade and professional milliners brought back ideas for the latest styles from New York and Boston. 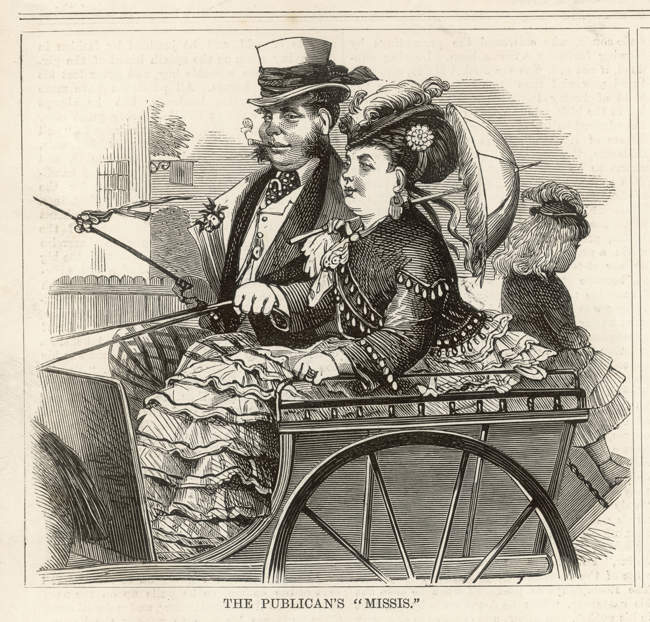 A publican and his wife in an open carriage. Date: 1871

Easter bonnets were particularly popular with the advent of spring.

Often it was more than just feathers of exotic birds that were used as an accessory to trim a hat.

In 1875 the merle, or blackbird, was stuffed and used whole as a popular hat trim.

Most sought-after was the merle bronze, a beautiful Brazilian blackbird with blue and bronze shades on its body and wings.

Birds were mounted on wires and springs to give movement and lifelike appeal as the lady walked along.

Parasols were introduced into Victorian fashion in the mid-1850s.

They were used to keep the sun off a lady, who would never want to show any hint of a suntan which was associated with peasants and servants.

These folding umbrellas were made of silk and had a deep silk fringe and a long tassel attached to the very top.

The very best parasols had tilting shades for angling and the handles were occasionally made of carved ivory rather than wood.

Gentlemen would carry a walking stick or cane which again would have carved handles. 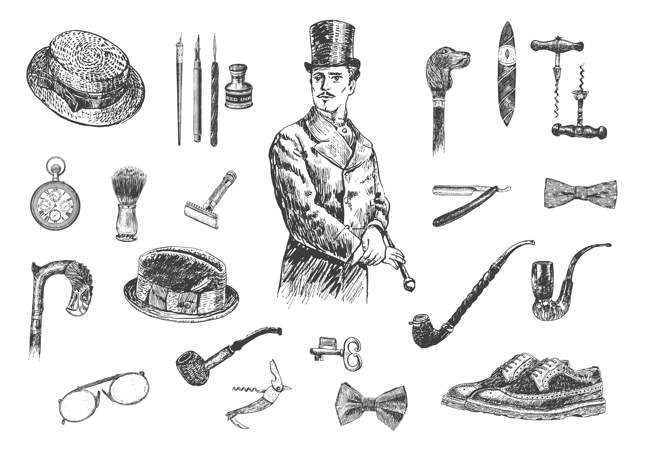 These were made from silver, ivory, whalebone, rhinoceros horn or conglomerated horn.

Fans were far more than mere Victorian fashion accessories; they were often termed a "lady’s sceptre". 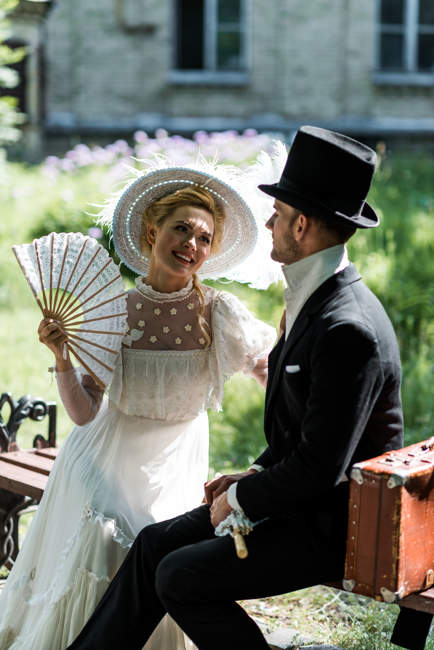 A gracious unfurling of a fan may indicate encouragement of a lover and many an invitation was given or accepted merely by the indication of a fan.

They could indicate temerity or anger, confusion or merriment by the way they were used.

Made of painted silk or lace on a decorated stick, fans were always well embellished and decorative.

Victorian shoes are still highly collectable and can still be found at auctions. 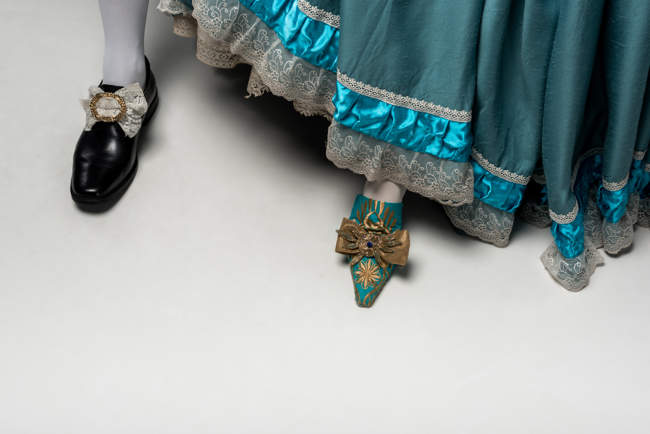 Practical high top laced shoes were made in the softest leather and had low heels.

Ladies Victorian boots would be fastened with a line of neat buttons. 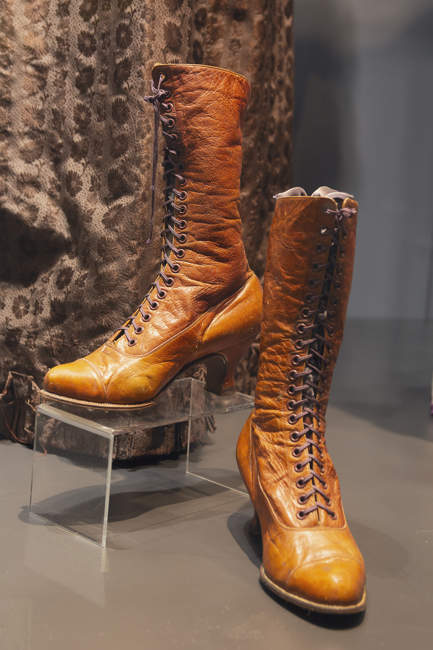 Dance shoes and wedding shoes were made of silk and dyed to match the dress.

Silk or satin slippers, often decorated with a ribbon flower or rose, would be worn around the house.