You are here: Articles -> Victorian England -> Poverty in Victorian Times

In the 19th century, rapid changes in employment, housing and social welfare brought about a huge change in people’s lives. 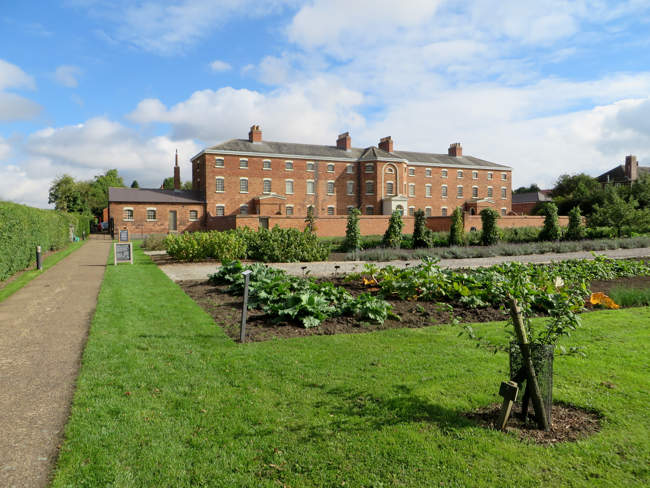 Victorian Workhouse at Southwell in the UK © AboutBritain.com

The period of adjustment led to many workers living in extreme poverty and even dying on city streets of starvation in Victorian times.

The population of Great Britain actually trebled during the 19th century. People were living longer, having larger families, infant mortality was down and immigrants escaping from the potato famine in Ireland all added up to a huge population explosion in Victorian times.

Most employment was to be found in the newly industrialized cities, so many people abandoned their rural roots and converged on the urbanized areas to seek work. 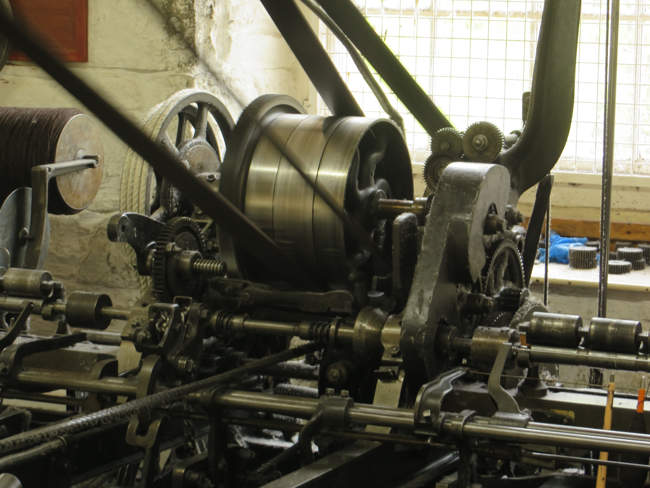 If the work was seasonal or demand slumped, when they were laid off they had no savings to live on until the next job opportunity could be found. 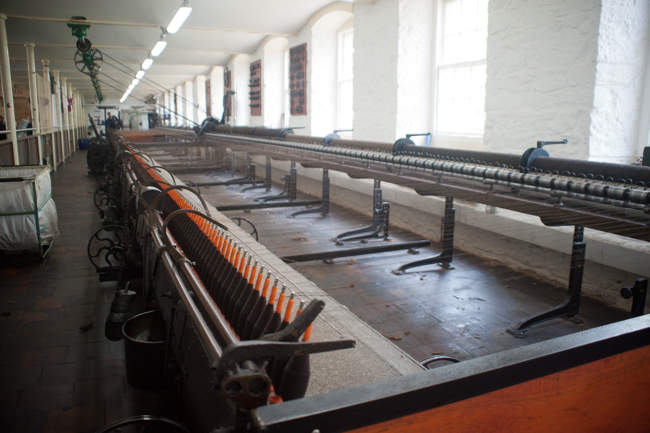 Poor Victorians would put children to work at an early age, or even turn them out onto the streets to fend for themselves. In 1848 an estimated 30,000 homeless, filthy children lived on the streets of London. 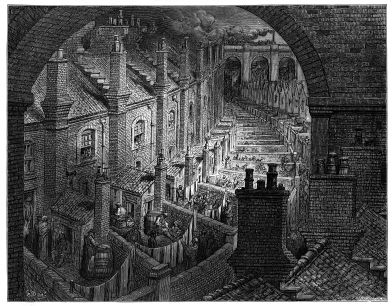 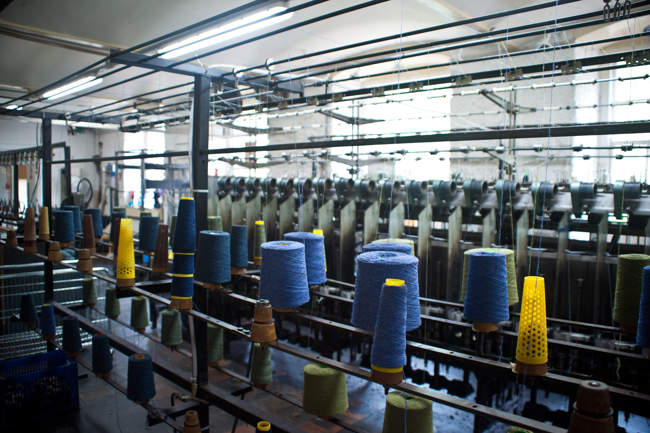 Children were expected to work on dangerous machinery in textile mills © AboutBritain.com

Others would shine shoes or sell matches to earn a crust.

People working long hours in Victorian times had to live close to their employment and available housing became scarce and highly-priced. 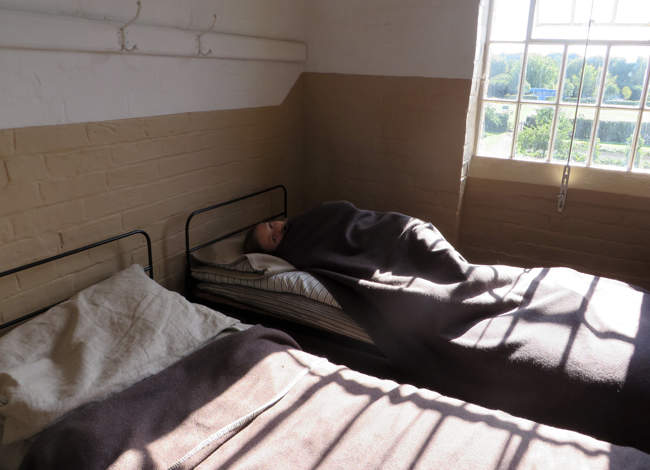 Tenants would themselves let their rooms for 2d to 4d a day to other workers to meet the rent.

Hideously overcrowded, unsanitary slums developed, particularly in London. They were known as rookeries. 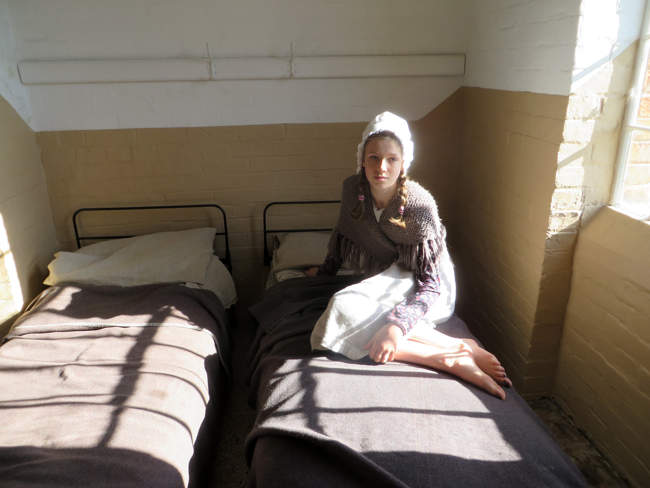 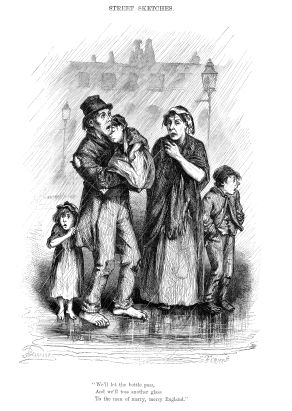 Streets would have a flowing foul-water ditch into which the sewers and drains emptied. In some cases, this was the only source of drinking water too.

As well as disease, these miserable Victorian poor suffered starvation and destitution.

In many cases, their only choice was to turn to crime - another major problem in the cities. 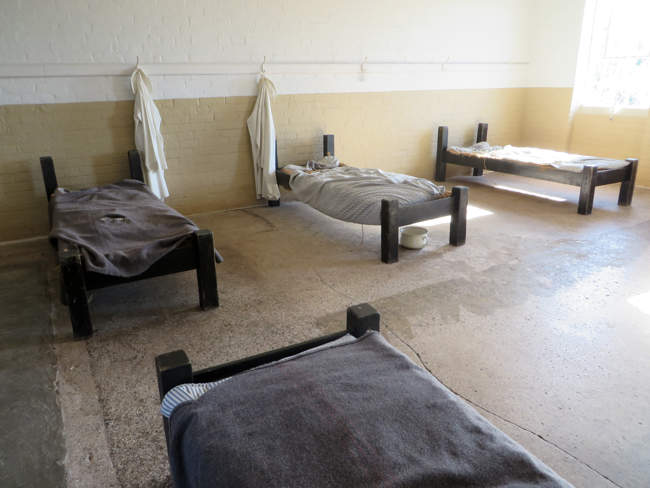 It became clear to many that something had to be done about poverty in Victorian England, but there were opposing thoughts and opinions. 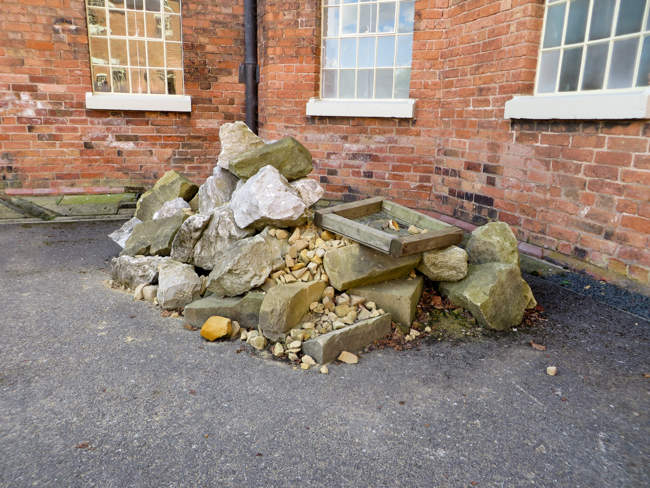 The sheer scale of the problem must have seemed overwhelming to even the most well-meaning benefactor.

Some Victorians thought that education was the answer and ragged schools were set up to provide basic education. 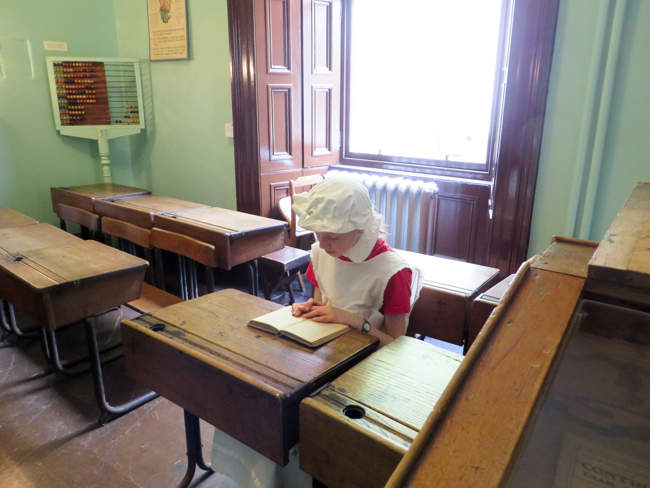 Others argued that crime was not caused by illiteracy; it was just encouraging a more skilful set of criminals!

Others still thought that any money given to the poor was simply squandered on drink and gambling and did not solve the underlying social problems at all. 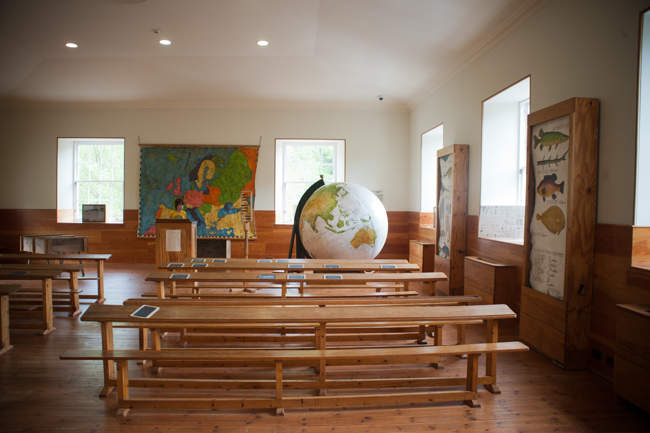 Ragged schools were set up to educate poor children © AboutBritain.com

Overall the Victorian times produced one of the most intense periods of philanthropy and charity to help the plight of the poor, the destitute and the street children. 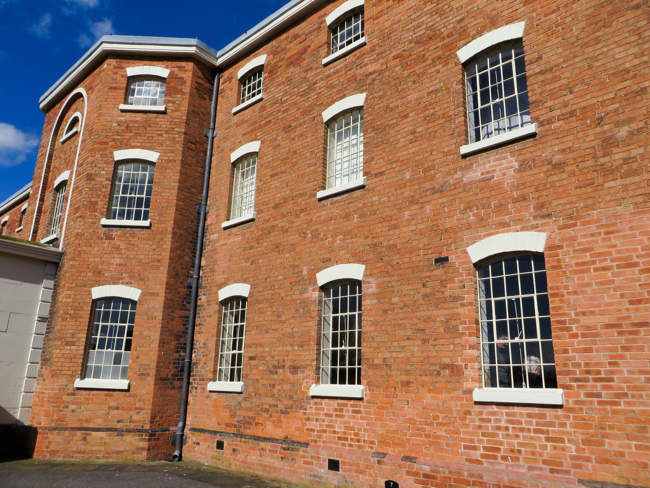 The Workhouse was a gloomy place © AboutBritain.com

Many modern-day charities, such as the Children’s Society, began their work combatting poverty in the Victorian era, and continue to address more modern concerns of poverty even in the 21st century.