Garden design, like many other aspects of life, is subject to changing fads and fashions, often driven by changes in technology and in social trends.

Nowhere is this more true than in the Victorian era, where many garden features that we now think of as typically Victorian can be traced back to changes in society - and give us a fascinating insight into the period through the gardens of the time.

We are particularly lucky in Britain, as many Victorian gardens have either survived, or have been re-created, and you can visit and enjoy them today.

One of the most iconic types of garden from the Victorian period is the kitchen garden.

As the name suggests, kitchen gardens existed to grow food and produce for consumption by the household. 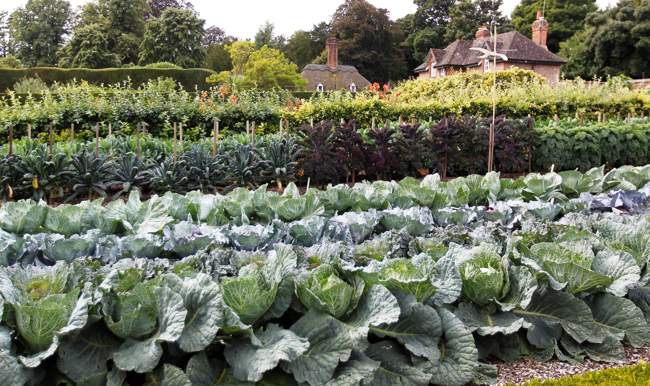 Some kitchen gardens were merely vegetable plots, growing basic native produce, such as lettuces, cabbages, peas and beans that would thrive in the British climate.

Often an area would be set aside as a herb garden so that the cook could add a little flair and flavour to the dishes being prepared.

Other kitchen gardens were altogether more ambitious: Although not exclusive to the Victorian period, many walled gardens were created at this time, with the (usually brick) walls creating a micro-climate which could be a few degrees warmer than an open garden. This sheltered area enabled more delicate plants to thrive, and allowed for a more varied menu.

Some kitchen gardens could be quite large - depending on the size of the household they belonged to. As a rule of thumb, an acre of kitchen garden was expected to provide food for 12 people.

These would allow the cultivation of a much wider range of produce, including figs, grapes and nectarines, and even allow plants to be grown outside their usual season.

The ability to serve guests with summer dishes in the winter was an impressive social talking point in an era before the electric refrigeration and food imports by air-freight that we enjoy today. 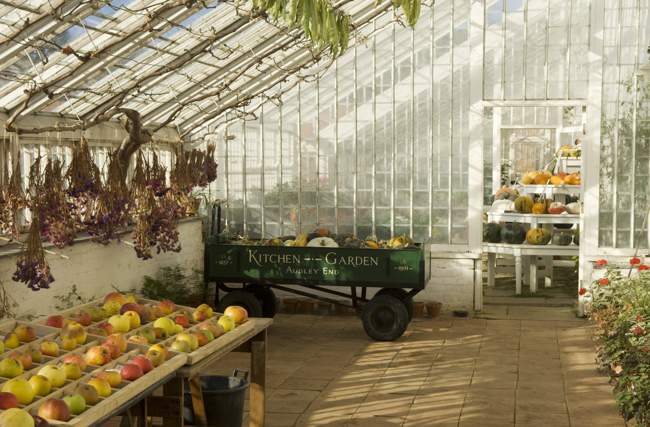 Such is the enduring interest in the Victorian Kitchen Garden, that the BBC broadcast a 13 part television series of the same name in the 1980s. The series followed the re-creation of an authentic working Kitchen Garden from a derelict site at Chilton Foleat.

You can still enjoy the series on DVD and through accompanying books, though sadly the garden itself is no longer maintained.

You can enjoy the beautiful Kitchen Garden at

Although many kitchen gardens are walled, it would be a mistake to think that all walled gardens were created exclusively for produce.

Many walled gardens contain beautiful displays of flowers cultivated for their aesthetic value.

The sheltered microclimate provided by garden walls was not enough to allow all species to thrive, so a few walled gardens were built with heated walls! This was achieved by making a wall hollow, so that a fire could be lit, with openings on the garden-side to direct the heat towards the plants, and a flue at the top for the smoke.

Sadly a lot of walled gardens have fallen into disrepair, as they can be very labour-intensive to maintain - but there are still many excellent examples that you can see throughout the country.

In the Victorian Era the British Empire was at its peak, and Britain was the most successful trading nation in the world. Thousands of Britons travelled overseas to administer the empire, and British trading companies also sent their employees around the world on business.

With Britain's global perspective, and improved transport by land and sea, overseas leisure travel started to become increasingly popular in the higher echelons of society.

Keen gardeners were inspired by the plants they saw on their travels, and often brought specimens back to Britain when they returned.

The rockery became a feature of Victorian gardens, as it was ideal for displaying alpines, and plants from mountainous regions. 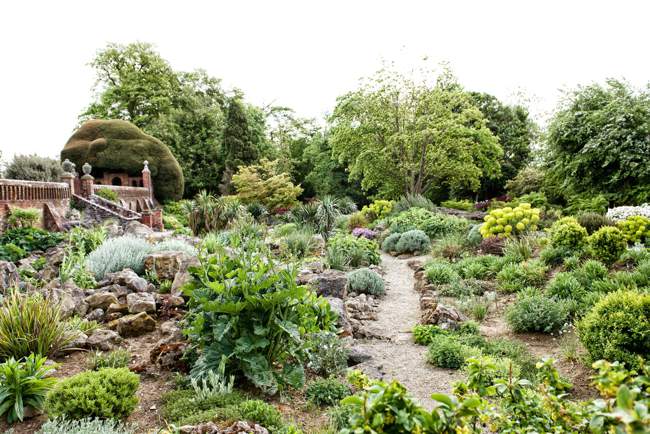 Some delicate specimens such as orchids were unsuited to the British climate, but could either be planted in walled gardens, or if more warmth was required, in the popular glasshouses.

Even specimens of non-native trees were brought back to be planted in Britain, and several arboretums which you can still visit and enjoy today were created by Victorian specimen hunters. 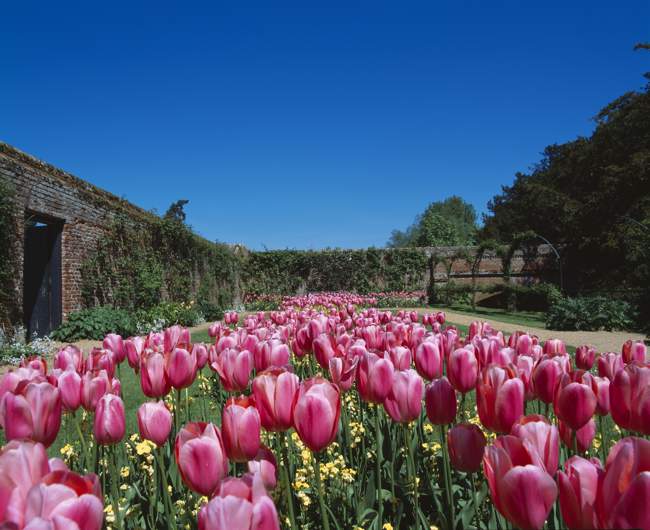 Italian-style gardens were also popular during the early Victorian period, no doubt inspired by gardens their creators had enjoyed in Italy.

Many of these Italian-style gardens were created on terraces behind the large house, and separated from the rest of the gardens with stone balustrades.

Design and planting of the increasingly popular terrace gardens was usually of a formal style, with symmetrical beds separated by gravel paths or areas of lawn.

Statues or stone fountains often featured as centre-pieces to create a focal point for the design, and topiary trees or low hedges were often incorporated in the designs. 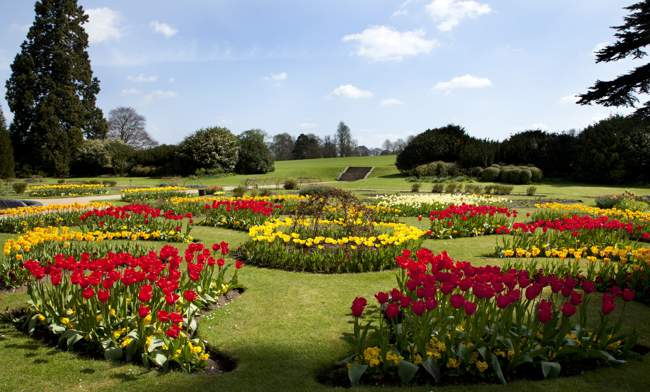 Several stately homes still have terrace gardens you can enjoy.  Two of the very best are:

Although we now think of a beautifully tended green lawn as an essential part of any garden, until Victorian times, things were very different:

In the 17th and 18th Centuries, a grass lawn would only have been found on the estates of the aristocracy. Not only was it extravagant to set aside land from food production, but the management of a lawn was incredibly labour intensive, as it had to be cut with a scythe. 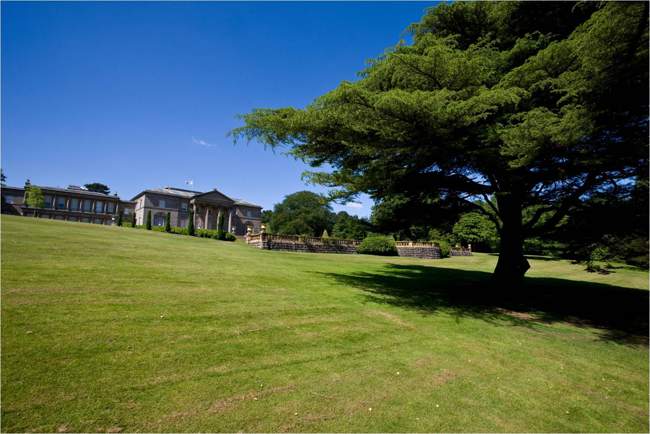 Once again we see that Victorian gardens reflect the new technology made possible by the continuing industrial revolution: In 1830, Edwin Beard Budding, an engineer from Stroud in Gloucestershire, invented the first lawnmower after being inspired by a cloth trimming machine he saw in a local weaving mill.

Once Budding's patents had lapsed in the 1850s, many manufacturers started offering lawnmowers, and neatly-cropped lawns started to become a popular feature of Victorian gardens.

Until the Victorian era, glasshouses were a rarity, as glass was expensive and heavily taxed - so glasshouses and conservatories had been beyond the means of even relatively wealthy families.

In Victoria's reign, Joseph Paxton designed large and impressive glasshouses for the Victorian "super-rich", and these were a way of underlining their wealth and social status.

During this period, the slightly less wealthy, and even middle class families aspired to owning a glasshouse of their own.

New plainer designs were created, and the mass production of many of the components required for glasshouses (eg bricks, glass, cast iron and even paint) meant that they could be constructed at a more reasonable cost.

In 1845 the glass tax was repealed, and in 1851 the window tax was also abolished, making glasshouses more affordable and thus stimulating demand.

In addition to full-size glasshouses, cold frames became popular, as they could provide many of the benefits of a glasshouse at much lower cost.

Taking all these factors into account, it's easy to see why the popularity of glasshouses and cold frames surged during Victorian times.

There are some excellent places to see Victorian glasshouses, including:

Towards the end of the Victorian period there was a trend away from formal gardens, towards a more natural or wild style, including woodland-style gardens. 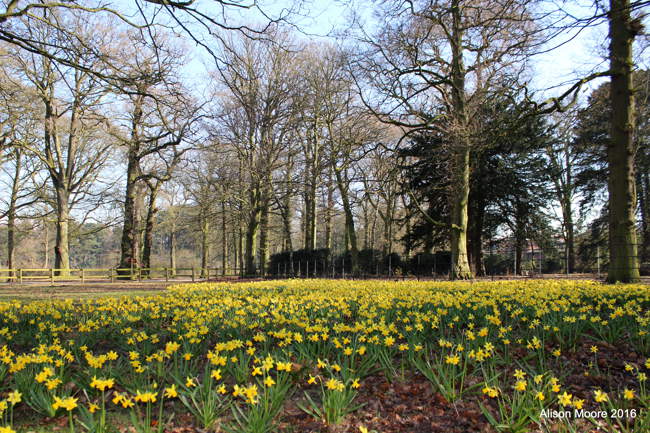 William Robinson who also helped to popularise the English Cottage Garden and the herbaceous or "mixed" border was an advocate of a less formal style of planting.

He also introduced the use of alpine plants in rockeries, and the idea of sowing large natural looking drifts of perennials in woodland and meadow areas - an idea which remains popular today. 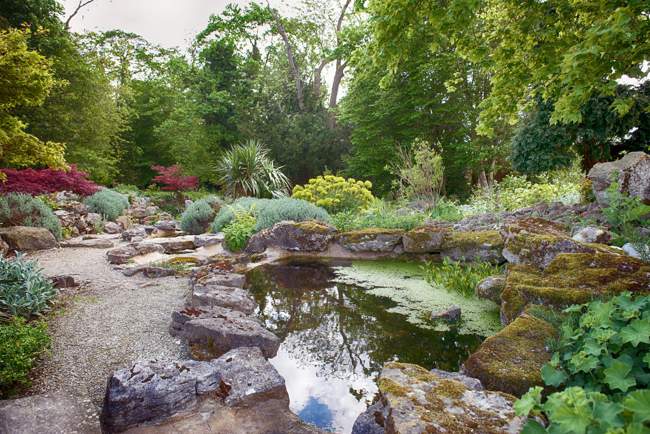 At Doddington Place Gardens in Kent they have recently restored their superb Rock Garden (which in fact dates from Edwardian times) - it's well worth a visit:

The rapid changes in society and technology that took place in Victorian times as the industrial revolution continued, had a profound impact on the gardens of the time. 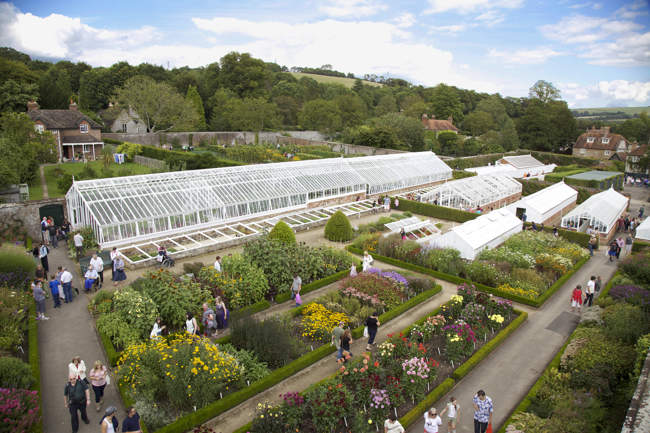 Many of the features we now think of as "typically Victorian" such as walled gardens, glasshouses, lawns, terraces and rockeries can be traced back to these factors.

The Victorian garden is a fascinating example of the link between a changing society and the gardens it creates.

There are many beautiful Victorian gardens around Britain that you can visit - including the ones pictured on this page, so why not go and see for yourself?