You are here: Articles -> Misc -> The Wye Valley 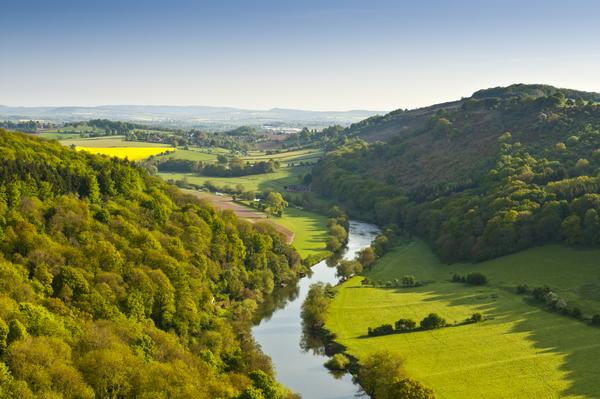 The Wye Valley is one of the loveliest areas in England. Designated as an Area of Outstanding Natural Beauty, it is a popular place for walkers, cyclists, canoeists, history lovers and those who enjoy browsing the small villages.

The Wye Valley stretches from the Black Mountains in the north to the rural valleys around Newport and Chepstow, with the southernmost part being particularly noted for its unspoilt beauty. No wonder it is considered one of the birthplaces of British tourism!

The Wye Valley offers something for all ages and interests, from Roman remains, Bronze Age standing stones and imposing castles to second-hand book shops and pretty villages. It is popular for bird-watching, boating, cycling and other outdoor pursuits.

Hikers can enjoying walking some (or all!) of the Wye Valley Walk. This impressive range of maintained footpaths runs along the Wye Valley from Hay-on-Wye to Chepstow on the Welsh side of the River Wye. 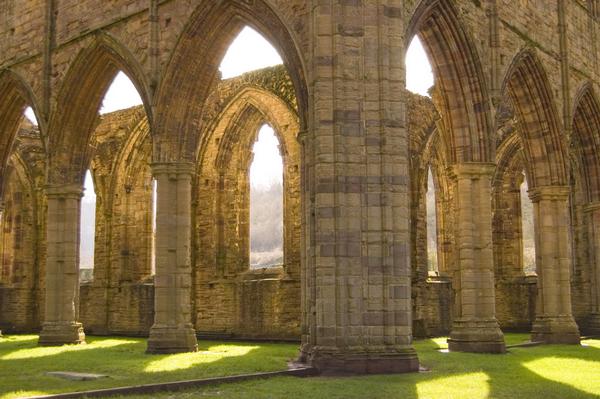 The route covers a total of 136 miles, allowing walkers to enjoy the natural beauty to the full, with plenty of places along the way to stay, eat and sightsee. On the English side of the river is the 8th century Offa's Dyke, which is another long-distance footpath.

The geography of the Wye Valley incorporates limestone gorges and tranquil river valleys lined with native woodland. King Arthur's Cave is one of many limestone caverns and Otter Hole near Chepstow is a mecca for experienced cavers with its miles of cave systems.

The Wye Valley is an area rich in wildlife including horseshoe bats, goshawks, peregrine falcons and rare fish such as shad and twaite.

Artists, writers and poets have all been enchanted by this picturesque area, including Wordsworth, Coleridge, Thackeray and JMW Turner.

One of the best known attractions is the lovely Tintern Abbey, once the richest Abbey in England, until Henry VIII began his Reformation of the Monasteries. Other partial ruins include Monmouth Castle and the White Castle near Abergavenny. 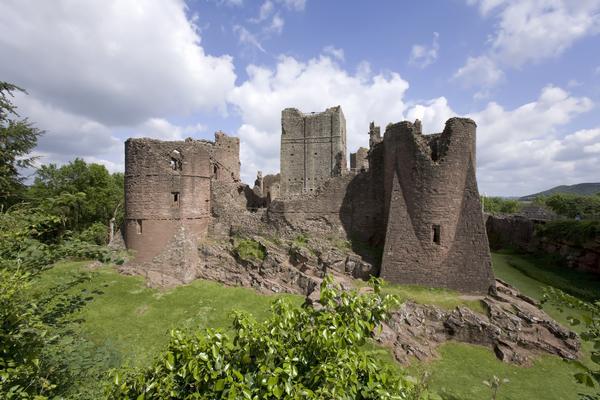 Goodrich Castle is in remarkably good shape as is the bulky Chepstow Castle. Many of these historic sites have been an influential part of British history, and nowadays Civil War battle re-enactments, Medieval fairs and banquets bring the events vividly to life and provide great entertainment for visitors.

The Rural Life Museum at Usk, the Abergavenny Museum and the Nelson Museum fill in the gaps in local history and legend in the area.

Other unique attractions include playing a round of golf at the Monmouth estate, home to the founder of Rolls Royce. Tredegar House near Newport is one of the finest 17th century estates, the former home of the Morgan dynasty.

Garden lovers will enjoy the extensive grounds in the beautifully situated How Caple Court and the gorgeous Shipley Gardens.

Finally, visitors to the Wye Valley should not miss the opportunity to explore the charming rural communities and delightful towns such as Ross-on-Wye and Hay-on-Wye, which cleverly reinvented itself as a mecca of second hand bookshops.