You are here: Articles -> Misc -> Windmills

Windmills are a charming part of the British landscape although they were originally built for work not for pleasure!

Windmills have been in evidence in Britain since the 12th century and were preceded by animal power and water power to drive the millstones which rotated in pairs to grind the corn.

The first windmills may have Persian origin with the knowledge brought back by Crusaders or they may have been discovered in Europe independently. 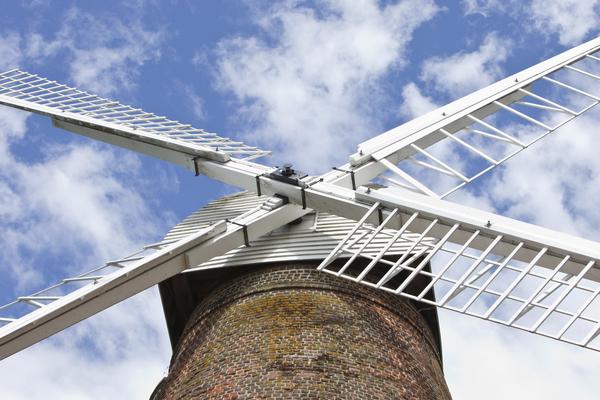 Certainly the technology of windmills spread around the world and European millwrights were known as some of the most highly skilled.

The Dutch used windmills on their flat polders to pump water, grind grain and for industrial uses. More advanced automatic controls were developed by the British over the centuries. 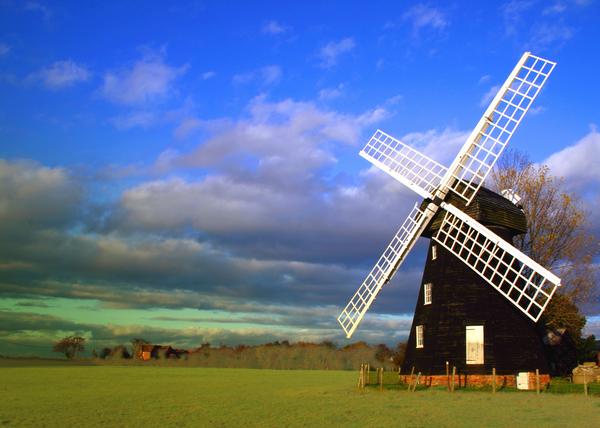 As with water mills, the development of the steam engine eventually left windmills obsolete and most were eventually dismantled.

The windmills that remain are a pleasant reminder of simpler times and add a touch of nostalgia to the landscape. Many have been restored externally and used as unique homes, or have been brought back to full working order. 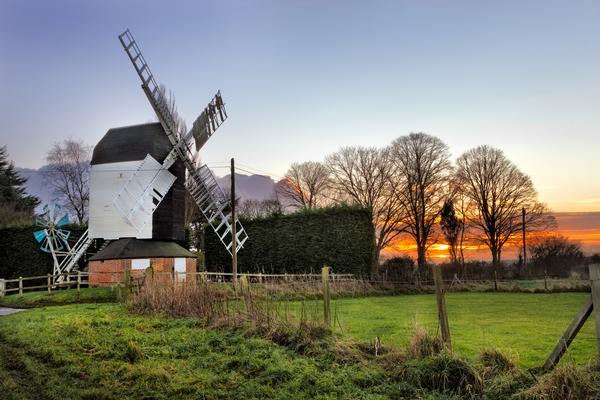 Simple, smaller wind turbines are still used today to produce power or for use in agriculture.

There are several different types of historic windmills:

As their name suggests, post mills were built on a large upright post which the mill's main building rotated around to face the wind. Inside the mill was all the working machinery. 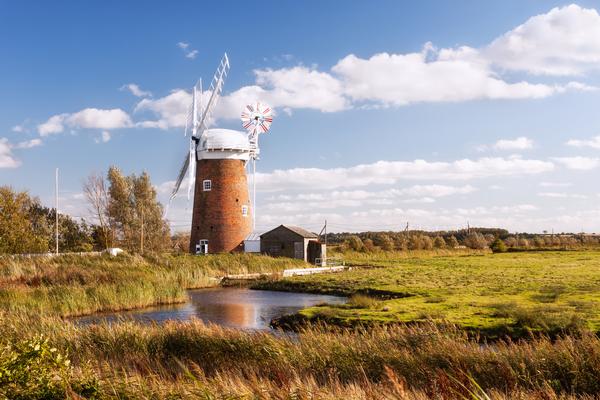 As the sails were turned by the prevailing wind, gears transferred the power from the large brake wheel to the great spur wheel which was used to rotate the mill stones. The speed of the millstone was primitively controlled by a wooden friction brake on the brake wheel.

To allow the mill to turn and face the wind, a tail pole extended from the back of the mill. By pushing on the beam, manually or using a winch, the miller could rotate the cumbersome mill structure. 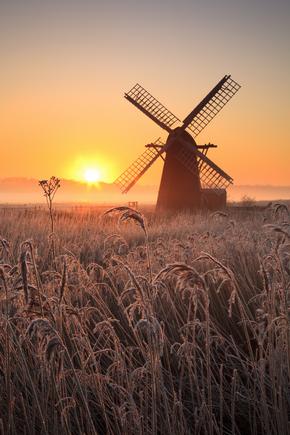 Named after the agricultural dress which resembled the windmill's shape, smock mills were a big leap of progress.

In this design the wooden building remained static and only the cap, which held the roof, sails and brake wheel, was rotated into the wind.

The advantage of keeping the building in one place was that these mills could be larger than post mills and could run more than one pair of millstones.

These mills could also be taller to catch more wind. Although they appear round, they usually had eight straight sides, although up to 12 sides were possible on larger mills.

Many smock mills later had brick bases making them more substantial. The Willesborough Windmill is a fine example of a smock windmill. 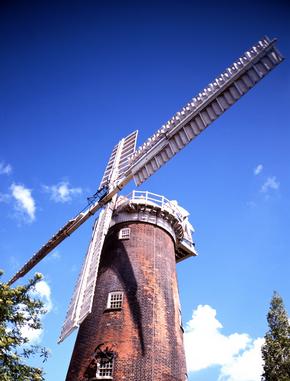 Tower mills took the design process one step further and replaced the wooden body with a brick structure.

They were generally truly circular as they were not bound by the use of straight timbers.

The tower windmills were larger and taller than their wood-built predecessors and were more durable, being both fireproof and weatherproof.

Fine examples include the fully working Bircham Windmill in Norfolk and Bembridge Windmill on the Isle of Wight.