You are here:  Counties -> Things to do in Cornwall 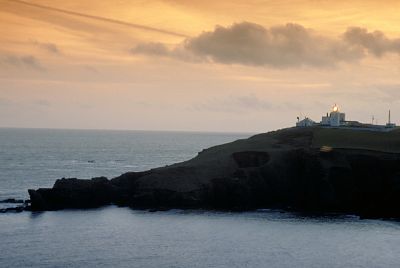 Cornwall is England's most south western county, with a mild climate, the sea on three sides and nearly 300 miles of coastline (the largest in England) - it is no surprise that Cornwall attracts visitors all year round.

Wherever you choose to be in Cornwall, you are never far from the sea and a variety of beaches, breathtaking coastal walks, sheltered coves, high cliffs and steep valleys. 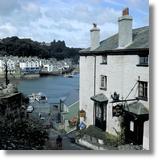 There are many interesting old towns, fishing villages with working harbours, historic buildings, delightful gardens and local festivals to enjoy.

Popular towns East of the county are Fowey, Liskard and Looe. Cornwall is almost an island, as the River Tamar flows along all but five miles of the border to Devon. At Saltash, Brunel's railway bridge (built 1859), and the road bridge opened in 1962 provide the main gateway to the south east coast of Cornwall. Inland east Cornwall is thickly wooded with country lanes, small market towns and tucked away villages.

In the 19th century the Tamar valley was one of the richest copper-mining centres in Europe, and some of Cornwall's finest houses can be found in the area. The historic fishing villages along the coast are a delight, many still with working harbours and each with its own unique character. Eastern Cornwall has several literary associations, among those are Sir Arthur Quiller-Couch who lived in Fowey and Daphne du Maurier, who set a number of her novels in the area.

Along the 60 miles of the Atlantic Heritage Coast is some of the most spectacular coastal scenery in the county. Walkers can explore the coastline and its variety of wildlife, by following the South West Coast Path. Or take a trip along the old railway line, known as the Camel Trail, an 18 mile cycle and footpath running along the river Camel.

There are safe sandy beaches, many suitable for surfing.

North Cornwall is famously associated with the myths and legends of King Arthur and Camelot. Inland lies Bodmin Moor, with high granite hillsides and moor land, and on the gentler side are green fields, rolling hills, woods and hedgerows.

Cornwall Tourist Information centres are located in the south west at St. Agnes, St. Ives and Penzance. The Penwith Peninsula is an area for outdoor activities, with fine beaches and a sub tropical climate. The area is rich in prehistoric remains, near Penzance there are ruins of mining settlements over 2000 years old. The peninsula was home of the arts and crafts community, which began in St. Ives in the 1920s, and is still home to many galleries and potteries. 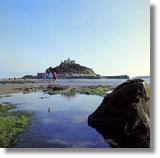 Visit the island castle of St. Michael's Mount in Mounts Bay. At Porthcurno, the romantic Minack Theatre situated on a cliff overlooking the sea, stages open air performances. At the end of the Penwith Peninsula are the famous granite rocks known as Lands End, England's western point.

The Lizard, England's southernmost point is situated on a majestic coast, with soaring cliffs and pinnacles of rock stretching down to Lizard Point, famously associated with shipwrecks. Along the coast there are beaches and coves suitable for water sports. Inland lies the Goonhilly Downs, home to the satellite communications station.

Helston is famous for its annual spring festival.

On the Cornish Riviera, you'll find the towns of Falmouth, Mevagissey, St. Just, St. Mawes and Truro. This sheltered area, known as the Cornish Riviera, enjoys a sub-tropical climate where palm trees and tropical flowers flourish. This is an area of picturesque historic villages, breathtaking gardens, sandy beaches, country parks and fishing villages and yachting resorts, which retain their quintessential Cornish character.

Days out in Cornwall


Places to Visit in Cornwall