You are here:  Towns -> Places to Visit in Cornwall -> St. Mawes

Things to do in St. Mawes, Cornwall 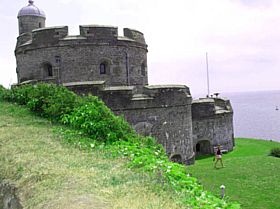 St. Mawes is a fashionable yachting resort beautifully situated, it lies in a sheltered spot on the Roseland Peninsula overlooking Falmouth. The lovely houses, some of them thatched, that lie along the waterfront look east to the bay, which is a favourite for sailing.

St. Mawes Castle, built by Henry VIII at around the same time as Falmouth's Pendennis Castle, to which it is a twin across the mouth of the estuary. Henry feared England might be attacked by the French and built the two castles as part of his coastal defence system, and together they guard the mouth of the Fal estuary.

In fact neither Castle saw action apart from the Civil War period, when the Royalist commander at St. Mawes surrendered to the Roundheads shortly after being confronted, Pendennis held out for several more months.

Lamorran House Gardens - A 4-acre Mediterranean inspired garden overlooking the sea and St. Anthony's headland. A series of feature gardens embellished with an extensive range of palms and other sub-tropical plants. 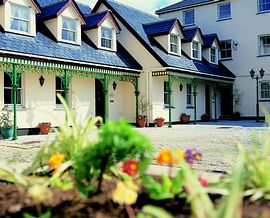 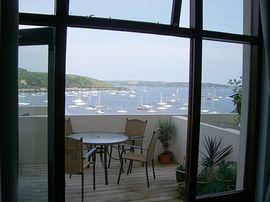 more self catering near St. Mawes...

Days Out in St. Mawes

Places to Visit near St. Mawes