You are here:  Attractions -> Things to Do in Cornwall -> St Michael's Mount 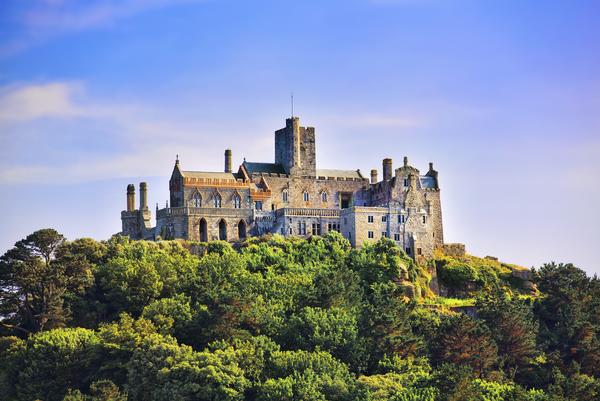 One of Cornwall's most notable landmarks is the priory and castle known as St Michael's Mount.

Reached by a tidal causeway, or by boat when the tide is high, the impressive rocky St Michael's Mount Island is in Marazion Bay.

It is one of the National Trust's most visited attractions offering sub-tropical gardens and tours of the historic home. 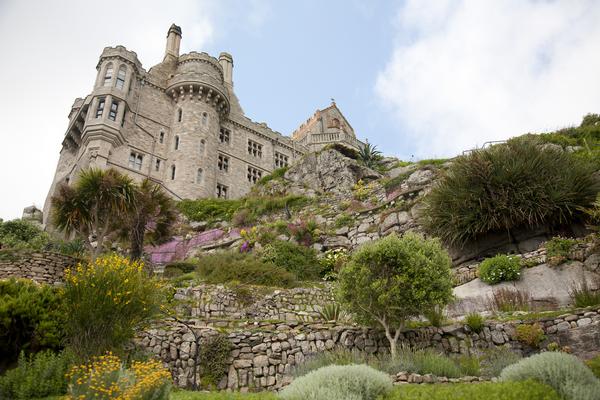 St Michael's Mount has been the home of the St Aubyn family for over 300 years, but the castle itself dates back over 900 years.

Around the small harbour are various cottages and estate buildings which now house the Sail Loft Restaurant, Gift Shop and Island Café.

There are two former inns and an old mackerel smoking house as part of the old village.

If the tide is low visitors can walk across the cobbled granite causeway from the beach near the Godolphin Arms and then climb the zigzag path through the gardens to reach the castle, which is 230 feet above sea level. 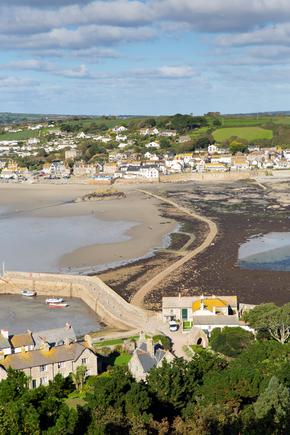 You will probably have to return by boat when a small additional fee is charged.

The gardens are beautifully planted with rare succulents and plants that thrive in the salty sea air.

They are so steep in places they have to be tended by abseiling gardeners!

Visitors should look out for the huge stone beside the path known as the Giant's Heart which relates to a local legend.

The best way to learn more about the history of the castle and its former owners is by taking a guided tour of the mediaeval castle. 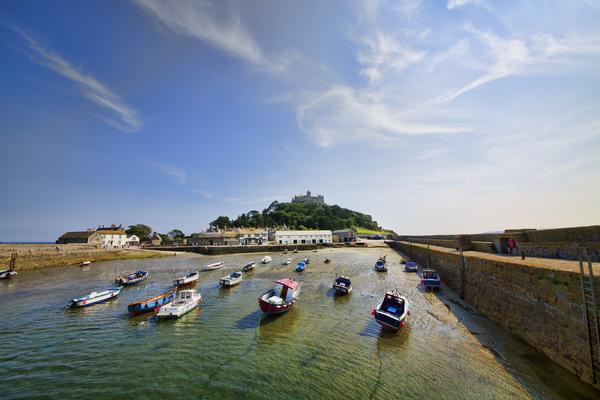 Built in the 12th century as a fortified home, the history of this self-contained community is fascinating. The island has experienced an earthquake, sieges and survived the Civil War.

It was part of a beacon system that warned of the approach of the Spanish Armada back in 1588.

As part of a guided tour, learn how supplies are transported up to the castle from the harbour using an underground tram. 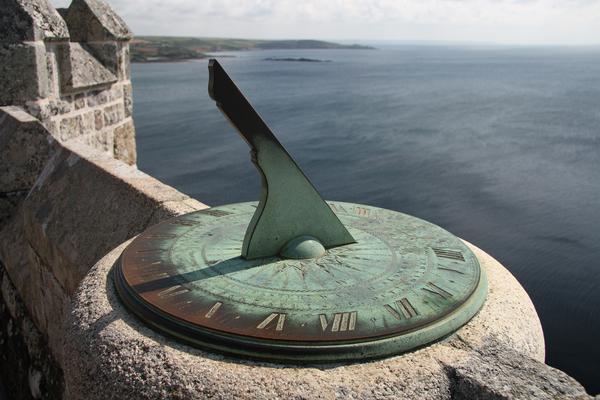 The rooms vary in style; some being comfortably furnished as a family home while others are more castle-like with tiny slit windows and suits of armour.

Children are sure to find the castle-like elements fascinating.

They can climb the spiral staircase in the turret, enjoy wonderful coastal views from the battlements or explore the defensive pill box structures in the gardens.

At one time the castle was a religious priory, similar to the Mont Saint-Michel in Normandy.

Its former use is reflected in the 15th century priory church which is part of the castle.

It has a historic lantern cross and a beautiful rose window in stained glass. 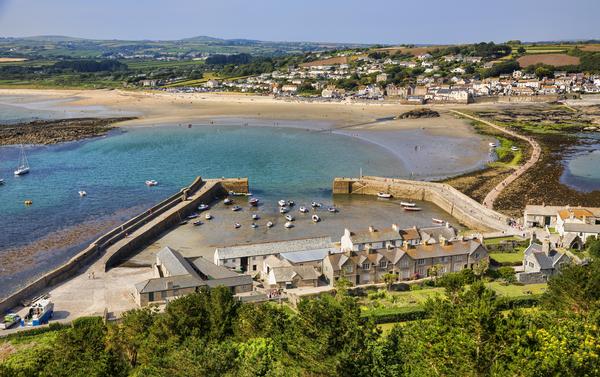 A library, map room and the portrait gallery show this as a family home and the wonderful hunting scenes painted on a frieze in the Chevy Chase Room are superb.

Historian-led walks can be enjoyed around the harbour and village and retell the life of the 300-strong community who once serviced the residents of the fortress and priory. 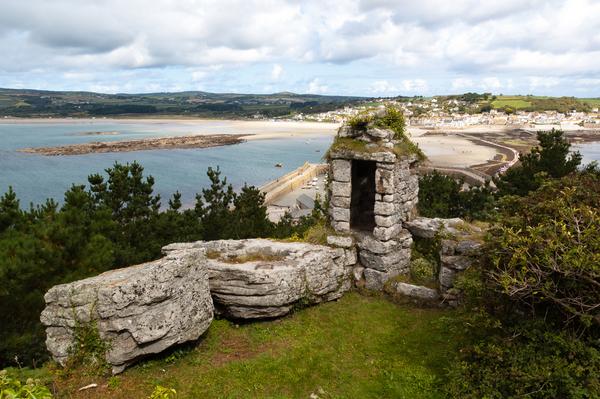 A recent discovery on this ancient site includes a Bronze Age axe head and dagger which were only uncovered in 2009.

Days Out near St Michael's Mount