You are here:  Towns -> Places to Visit in Greater London -> London Borough of Greenwich

Things to do in London Borough of Greenwich, Greater London 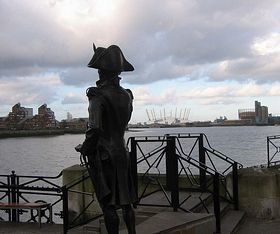 Greenwich has had a host of famous residents in the past. In particular the former Palace of Placentia was the birthplace of both Henry VIII and Elizabeth I. More recently it has been the home of musician Jools Holland, footballer Glen Johnson and actress Vanessa Redgrave.

As part of Her Majesty The Queen's Diamond Jubilee celebrations in 2012, she bestowed the rare honour of making Greenwich a Royal Borough, in recognition of its long association with the monarchy.

The London Borough of Greenwich has a long and checkered history, and with the Prime Meridian, Zero Degrees Longitude running through it, it was once the centre of the naval universe. It was nicknamed "the birthplace of time" and worldwide clocks are still calculated from Greenwich Mean Time. It has strong ties to royalty, the army and the royal navy and consequently has some wonderful attractions and outstanding architecture.

The old town of Greenwich has cobbled streets, many quaint pubs and shops and a famous market.

Charlton Athletic Premier Football Club has a stadium in Greenwich called The Valley.

Greenwich Visitor Centre is the best place to start any visit. It has an excellent museum and tells the detailed history of the borough. Greenwich has a rich maritime history which can be traced on a visit to the National Maritime Museum, the domed Royal Naval College or the Royal Observatory, which was built for King Charles II by Sir Christopher Wren.

In fact Maritime Greenwich was awarded UNESCO World Heritage Status for its unique history and heritage. Visitors can still see the time ball on top of the Royal Observatory drop indicating 1.00pm each day.

Some of the old naval college buildings are currently used by the University of Greenwich but many are open to the public. The Painted Hall, once the dining room of the Old Royal Naval College, has fantastic frescoed walls and ceiling painted by James Thornhill between 1707 and 1727.

Greenwich Market is a great place to browse for produce, antiques, clothing and hand crafted goods from Wednesday through Sunday. Close by is the old tea clipper, the Cutty Sark. The oldest building in Greenwich is the Trinity Hospital Almshouse which was founded in 1613.

One of the more infamous attractions in Greenwich is the Millennium Dome, now The O2 arena, which was used as one of the major venues for the 2012 Olympics.

If you have a head for heights, you can even take a walk over the top of the O2. You will be securely tied on of course!

Greenwich has no underground stations but it can easily be reached from Central London by train in 15 minutes. A more fun way to get to Greenwich is on one of the riverboat cruises from beneath Westminster Bridge.

You can also walk through a foot tunnel beneath the Thames from Greenwich to the Isle of Dogs on the north side of the river. The National Cycle Network runs through the foot tunnel too!

Images of London Borough of Greenwich 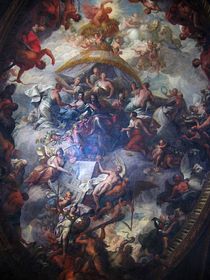 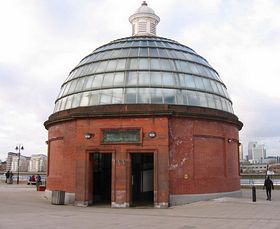 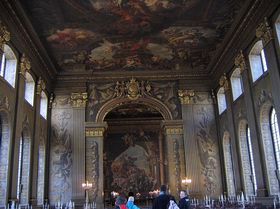 more self catering near London Borough of Greenwich...

Days Out in London Borough of Greenwich

Places to Visit near London Borough of Greenwich