You are here: Articles -> British Kings and Queens -> Charles II 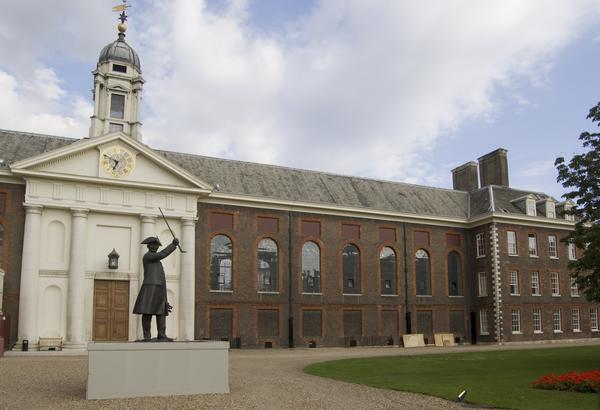 Charles II was fondly known as the "Merrie Monarch" by his subjects, partly due to his lively court and partly in relief that life was back to relative normality after the period of Interregnum under the Protectorate of Oliver Cromwell and later his son.

The main features of Charles II's rule include the Plague followed by the Great Fire of London, the Dutch War and the period of backlash against Catholics. On the plus side, Charles II founded the Royal Society for scientific research and he patronized the work of Christopher Wren in rebuilding much of London including St Paul's Cathedral. Charles II also ordered the rebuilding of Windsor Castle, Greenwich Observatory and a new palace at Winchester. 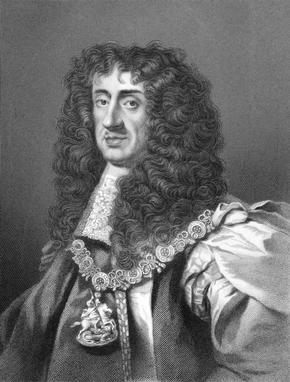 Charles II was born to King Charles I and Henrietta Maria of France at St James' Palace in 1630. Following his father's execution in 1649, Charles II was crowned king of Scotland in Edinburgh but the English parliament made his proclamation as king of England unlawful. Defeated by Cromwell at the Battle of Worcester in 1651, Charles II spent the next nine years in France in exile.

England entered a period of Interregnum with the Rump Parliament under Oliver Cromwell governing the country. In 1660 Charles was invited to ascend the English throne in a period known as the Restoration period. He was finally crowned King of England and Ireland at Westminster Abbey in 1661.

The restoration of the monarchy was followed by many pardons, settlement of arrears of army pay and liberation in many religious matters. Land purchases made in the preceding 12 years were ratified and the land belonging to the Crown and Church was restored after previously being confiscated. The bishops were restored to the House of Lords and life began to settle down again after a turbulent period of civil war.

Natural disaster in the form of a plague devastated London and other parts of the country including Eyam in Derbyshire. Just a year later the Great fire of London destroyed most of the city within the old city walls. Starting in Pudding Lane, the fire destroyed the mostly wooden buildings from the Tower of London in the east to Temple Bar in the West. The rebuilding project under Christopher Wren led to the creation of many of London's fine buildings which we see and enjoy today. The Chelsea Royal Hospital, well known for its flower shows, was founded by King Charles II in 1681 and a statue of him by Grinling Gibbons stands outside.

Like his father before him, Charles II frequently fought with Parliament and eventually dissolved Parliament in 1681 and ruled alone until his death at Whitehall Palace in 1685. He was buried in Westminster Abbey where a simple plaque beneath the altar commemorates his life. A statue of him, erected in 1681, can still be seen in London's Soho Square.

Although Charles II had many offspring, none were by his wife. His successor was his brother, who became King James II of England and Ireland, and James VII of Scotland.