You are here:  Towns -> Places to Visit in Greater London -> Bloomsbury

Things to do in Bloomsbury, Greater London 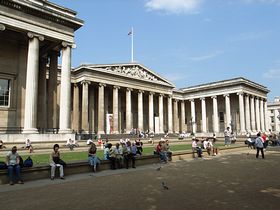 Bloomsbury in London is the southern area of the Borough of Camden right next to Soho, yet it is quite the opposite when it comes to character! While Soho is the prodigal son, Bloomsbury is the classy daughter of London.

The area is famous as the home of the influential "Bohemian Set" in the early 20th century. These elite artists and writers included John Maynard Keynes, Clive Bell, Virginia Woolf. E.M. Forster and Lytton Strachey and many of them lived as neighbours in Gordon Square.

Some of London's oldest buildings can be found in the area around Holborn as the Great Fire of London failed to raze this area in 1666. The cobbled alleyways, law courts and historic halls of London's legal profession can all be seen here, exuding their centuries-old history and antiquated traditions at Gray's Inn, Inner Temple, Middle Temple and Lincoln's Inn. These are the areas where many trial lawyers conveniently have their offices, and despite their names they have nothing to do with either religion or drinking!

Filled with beautiful buildings, Bloomsbury is where you will find the British Museum, the campus of the University of London and the British Library. London's Museum Mile stretches from the Strand along Kingsway to Euston Road and has plenty of historic homes, parks and museums along the way.

The best known square in Bloomsbury is Russell Square, the largest square in London. It has beautiful central gardens which are locked and privately owned by the residents of the surrounding elegant townhouses.

The grand four-story Georgian houses on Bedford Square were built around 1775 as a residential area and named after the main landlords, the Dukes of Bedford. The architecture is now Grade I listed.

Theatre-goers will head to Bloomsbury for matinees and evening performances at the Dominion Theatre, which has an excellent schedule of musicals, also the Bloomsbury Theatre.

Bloomsbury also features in the novel, Peter Pan, as the home of the Darling family.

Things to Do in Bloomsbury

The British Museum is one of the most popular attractions in London. Located in a striking neoclassic building, it is crammed with ancient treasures and artifacts including the Rosetta Stone, a collection of Egyptian mummies and the Elgin Marbles.

The Charles Dickens Museum in Bloomsbury will be of interest to literature fans. It is set in the furnished house where Dickens lived from 1837 to 1839 and where he wrote Oliver Twist, Pickwick Papers and other classic novels.

Fitzroy House on Fitzroy Street was the home where playwright George Bernard Shaw once lived. Later, in the late 1950s, L. Ron Hubbard, the founder of Scientology worked here and the building is still in a 1950s timewarp. It has free admission and tours can be arranged by appointment. The Sir John Soane's Museum also has a colourful collection of exhibits telling his lifestory.

The Cartoon Museum is the place to go for some light relief and not only has a vast collection of old cartoons, but also many comics on display.

Coram's Fields is a public children's play area with a pet's corner and sports pitches. Adults may only enter if accompanying a child! 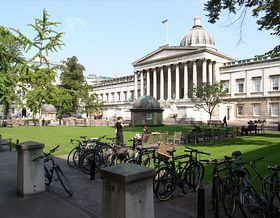 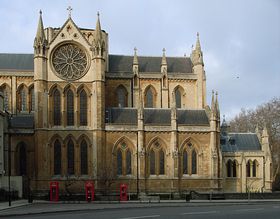 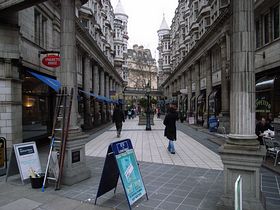 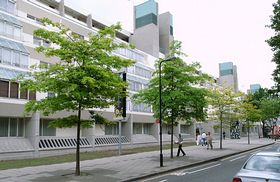 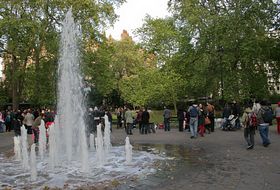 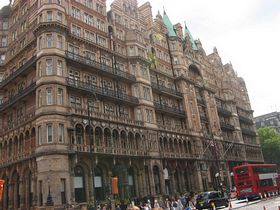 more self catering near Bloomsbury...

Days Out in Bloomsbury

Places to Visit near Bloomsbury