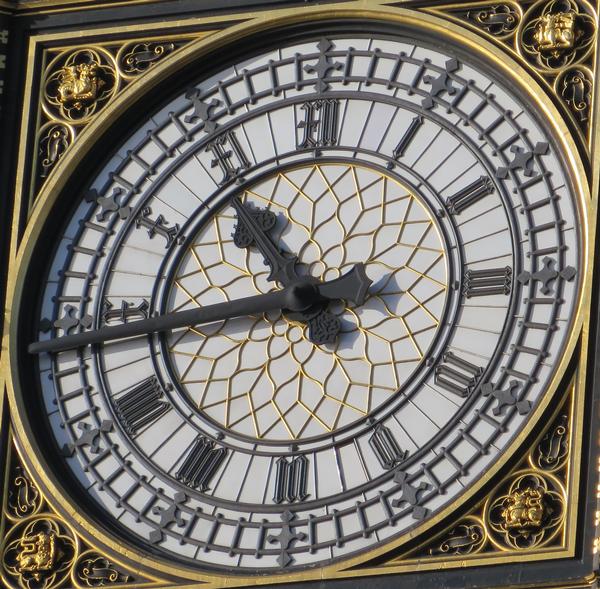 Click Photos for Slideshow © AboutBritain.com
A competition was announced to find the best design for a new Palace of Westminster, also known as the Houses of Parliament. 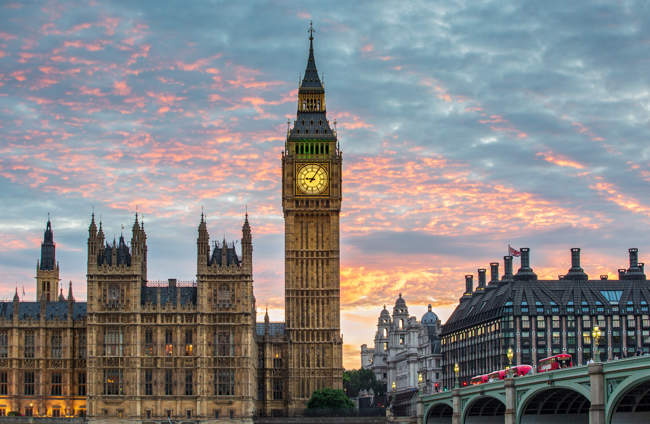 Big Ben in sunset ©Skye - stock.adobe.com
Charles Barry was the chief architect of the Perpendicular Gothic style Palace, but he enlisted the help of Augustus Pugin to design the clock tower.

It is said that this, Pugin's final project, eventually drove him to madness and death. 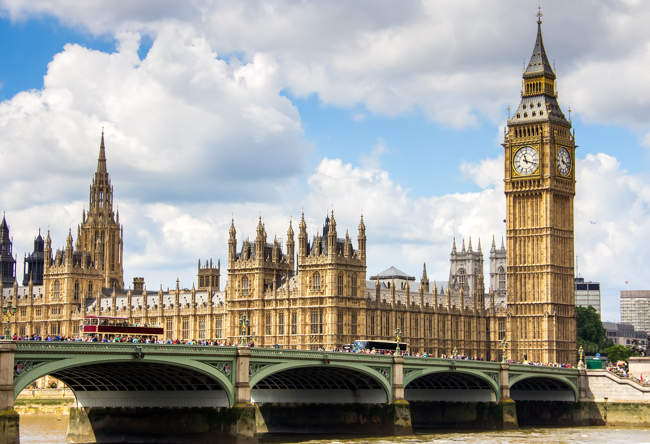 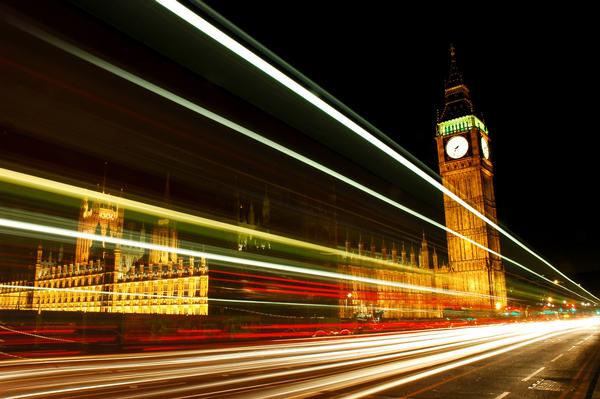 © hemant.sood via Flickr
The building of the clock tower began in 1843 with the laying of the foundation stone and it took 13 years to complete. 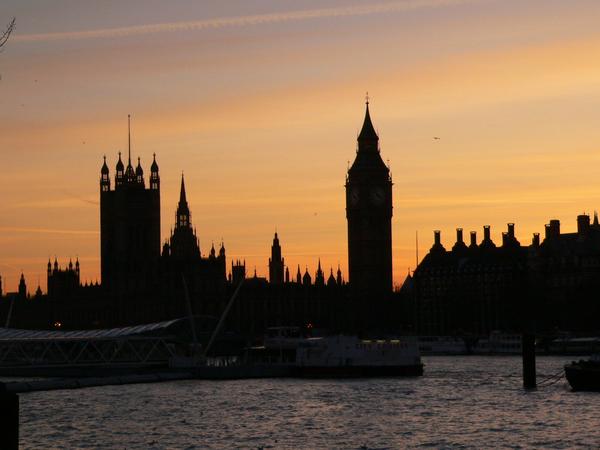 © S Pakhrin via Flickr
The lower part of the tower has several rooms including, for some reason, a prison cell. 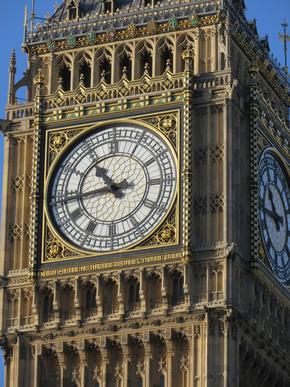 © AboutBritain.com
He had to first comply with his uncle's condition that he change his surname from Rippon to Dent. His name is inscribed on the frame of the clock. 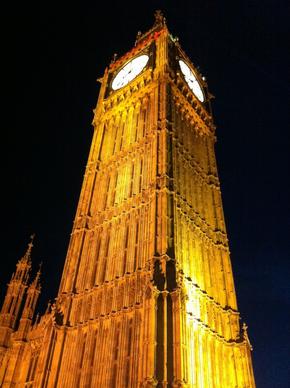 © Sean MacEntee via Flickr
The clock originally had to be hand-wound and took two men five hours for each of the three trains. Since 1912 the chiming and striking trains have been wound by a motor, but the going train is still wound by hand. 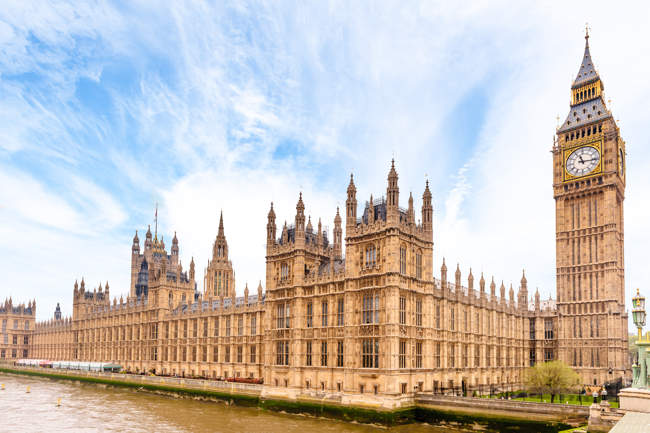 Houses of Parliament and Big Ben ©Richie Chan - stock.adobe.com
The white face is made up of 312 individual pieces of white glass put together rather like a jigsaw so that the clock fingers can be maintained from inside the tower by removing various parts of the face. 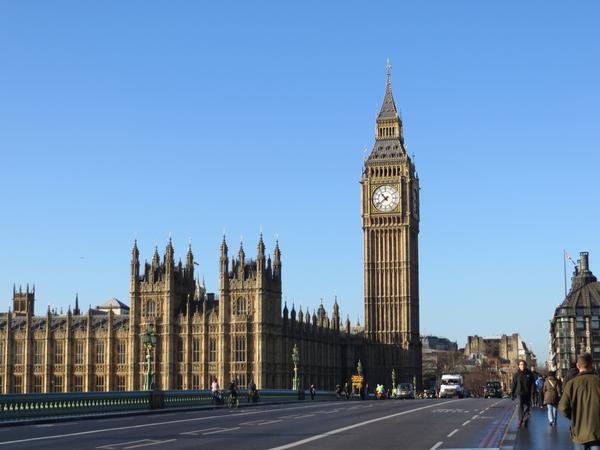 ©AboutBritain.com
A quick solution was arrived at and the ball hammer was also increased in size to compensate, increasing from 4 to 6 cwt. 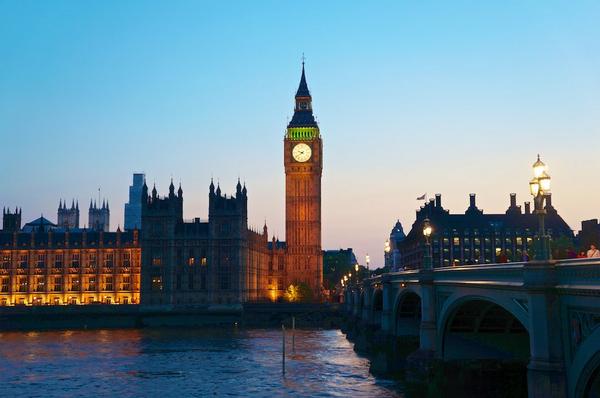 © f_lavins via Flickr
However, it was no longer possible to hoist the bells up the outside of the tower and Big Ben had to be hoisted up the central shaft. 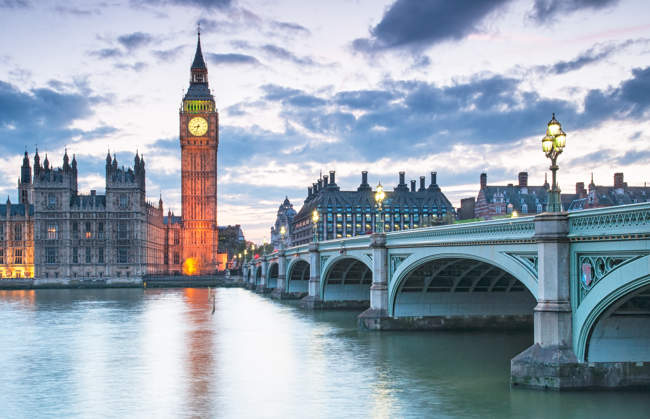 Big Ben and the Houses of Parliament at night ©Horváth Botond - stock.adobe.com
Barry had to have the hands remade, but when they came back they were even heavier than the original ones and still would not function. 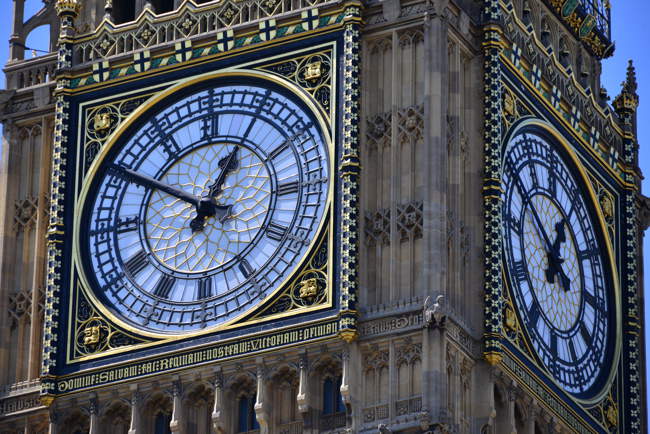 Big Ben ©Windsor - stock.adobe.com
An acrimonious dispute over blame and legal proceedings between Mears, the second bell founder and Denison, the project referee, meant that Big Ben was unused for the next two years. 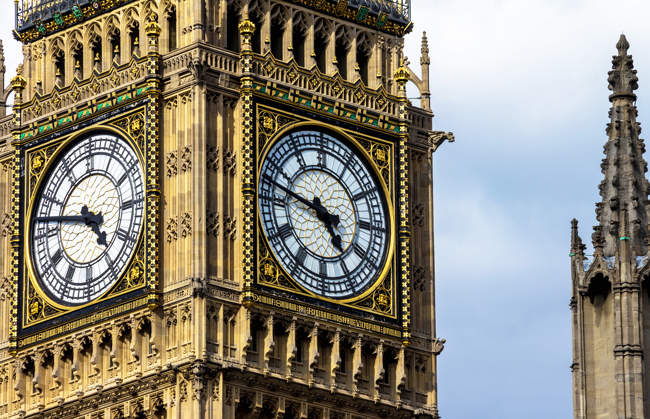 Close-up of the clock face of Big Ben ©flik47 - stock.adobe.com