You are here:  Attractions -> Things to Do in Greater London -> Nelson's Column

For the last 170 years, Lord Nelson has been “keeping an eye” on the city of London, from his perch on top of Nelson’s Column. 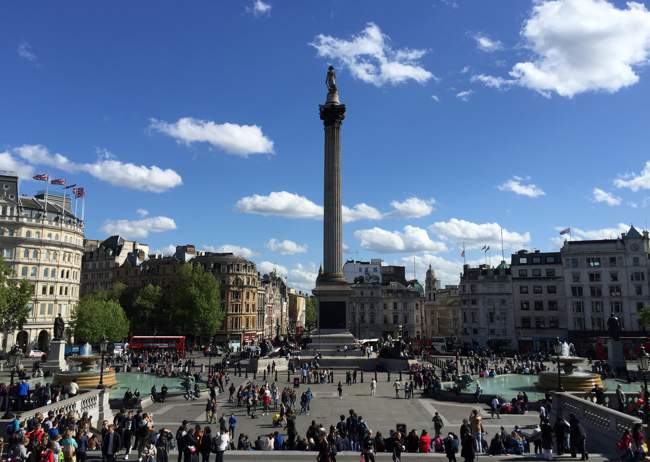 Even Trafalgar Square took the name from Nelson’s most famous victory, which ultimately cost him his life. 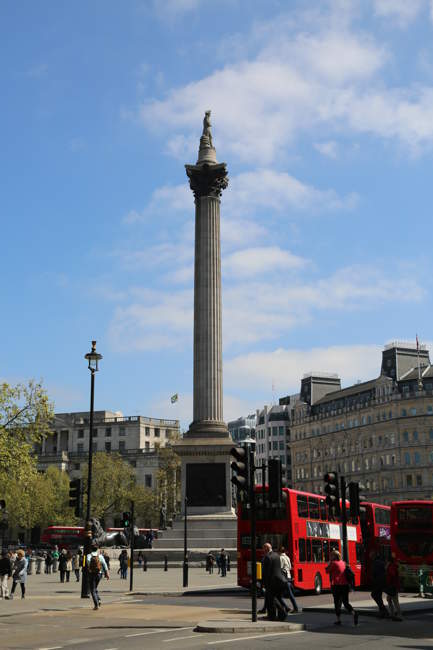 © Mark Kent via Flickr
Nelson’s Column was built between 1840 and 1843 to commemorate the revered and much loved Vice-Admiral Horatio Lord Nelson. 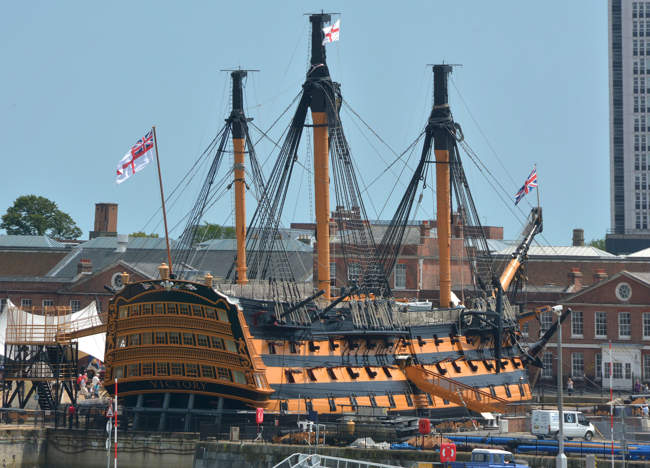 © Mike McBey via Flickr
His previous battles had left his right arm useless and he was blinded in one eye. He died aboard his flagship HMS Victory defeating the French at the Battle of Trafalgar in 1805.

You may notice that although Nelson was a hero, it took 38 years to get a memorial to him built. 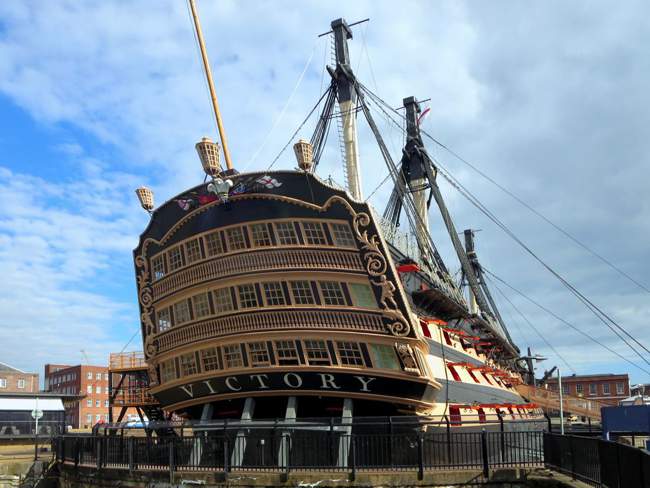 © David Stanley via Flickr
Money was short as the Napoleonic Wars dragged on for another ten years after Nelson’s death until the Battle of Waterloo in 1815.

A fund was started to raise money for a monument to Nelson, but it only raised £1,300 which was totally inadequate. 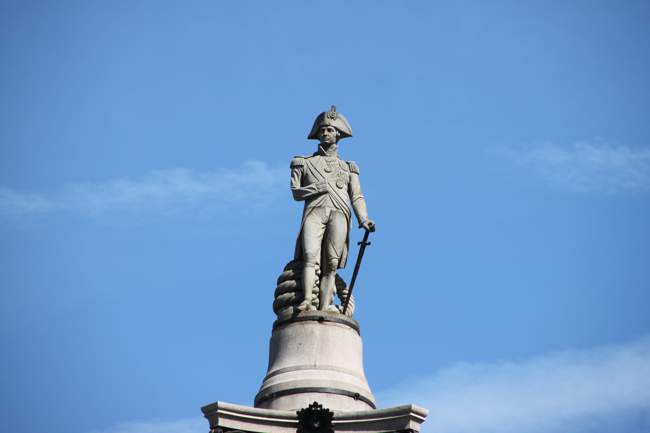 © Marco Assini via Flickr
In 1838, however, a group of influential London businessmen, peers and Members of Parliament gathered for the first meeting of the Nelson Memorial Committee.

It took just four months for them to secure an appropriate site for the Memorial – in the heart of Trafalgar Square, which was under construction at that time. 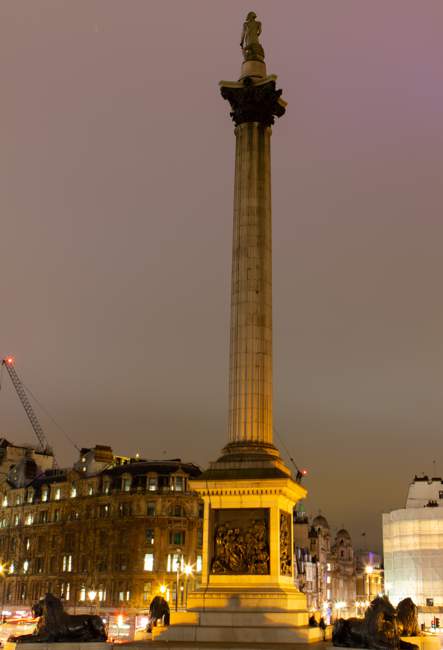 © The Other Kev via Pixabay
The committee chose William Railton’s design from a competition of architectural designs for the memorial, and he built the actual column from the finest Dartmoor granite and bronze.

Other artists and sculptors were commissioned to work on the lions and the decorative panels. Edward Hodges Baily sculpted the statue of Nelson, which actually stands over 18 feet (5.5 metres) high. 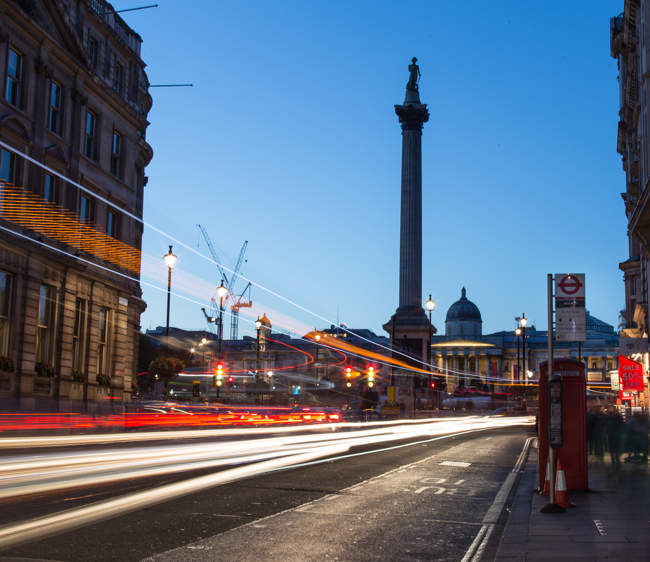 © Laurie Nevay via Flickr
At the top of the granite column, the agapanthus leaves were said to have been made from an old cannon which was melted down at the Woolwich Arsenal Foundry.

Completion of The Column

Nelson was raised to his position high above the Square on 4 November 1843, narrowly missing Trafalgar Day by just 14 days. 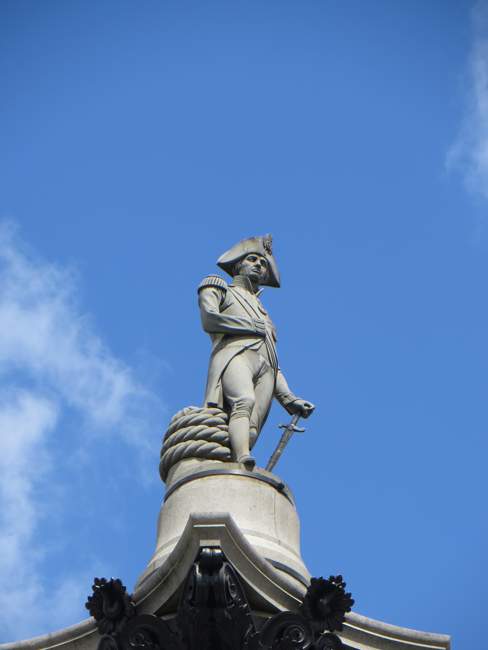 © Philip Barrington via Pixabay
Once again lack of funds held up the final decoration but the Government Treasury made a contribution for the work to continue.

What Does Nelson Have in his Left Hand?

The 18ft statue of Admiral Lord Nelson at the top of Nelson's Column is shown holding his sword in his left hand.

Nelson carried his sword into the assault on Tenerife where he lost his right arm, and by some accounts, he vowed never to part with it - so it's appropriate that his statue shows Nelson carrying it to this day in his left hand at the top of Nelson's Column. 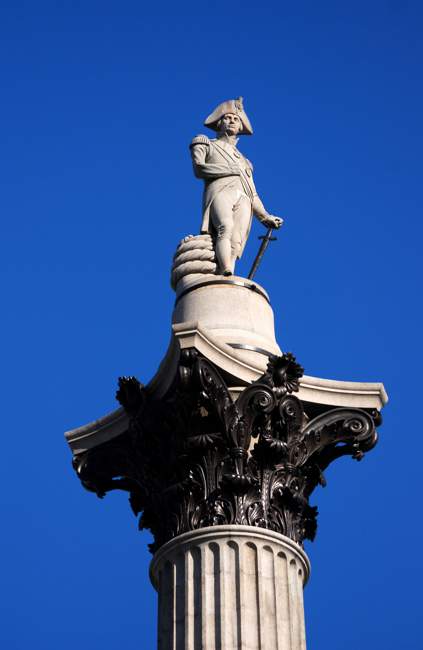 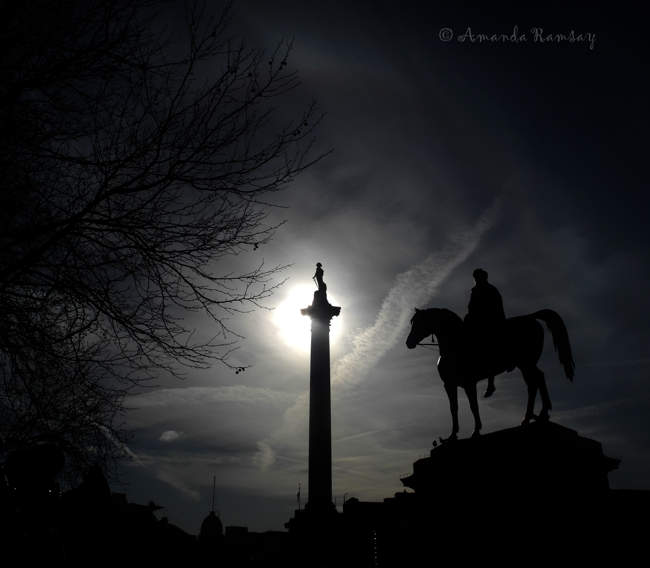 © Aces Photos via Flickr
It was always believed to be 185 feet tall, but when scaffolding was erected and the column was cleaned in 2006, the monument was found to be 16 feet shorter than recorded.

Finally, the four famous lions were added to the foot of the column and have been a constant source of amusement for generations of children to clamber on. 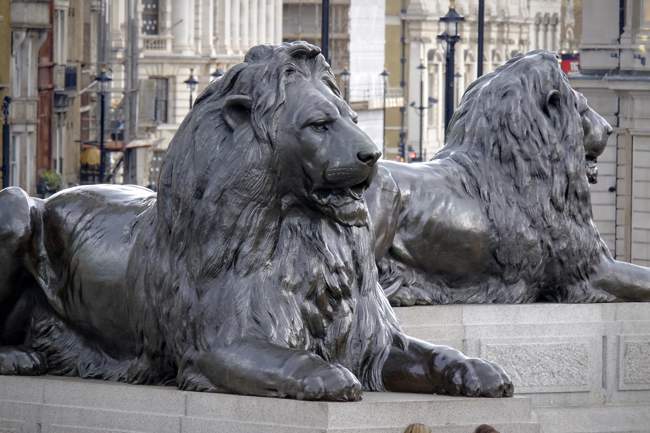 © Garry Knight via Flickr
They were sculpted by Sir Edwin Landseer who apparently had nightmares about lions as he struggled with his commission!

Unfortunately, he made an anatomical error as he sculpted the lions with concave backs. In real life when lions lie down, they have an arched back. 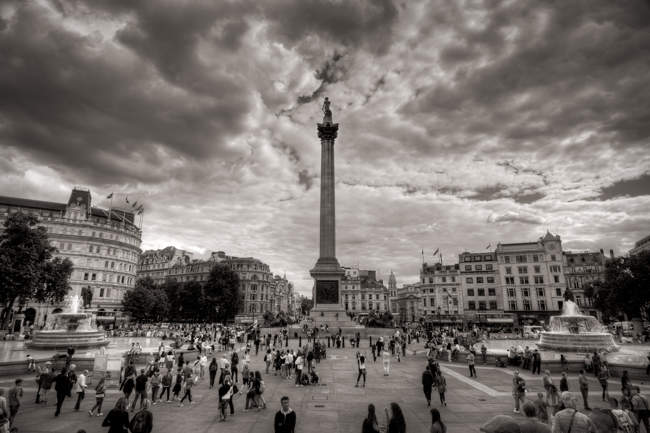 © Adib Wahab via Flickr
However, children over the years have made good use of that fortuitous mistake!

Days Out near Nelson's Column

Places to Visit near Nelson's Column