You are here:  Counties -> Things to do in Gloucestershire 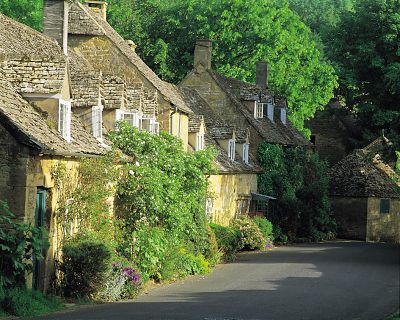 Gloucestershire is situated at the northern edge of the south west region of Britain.

It covers an area of 1, 025 square miles including the largest Areas of Outstanding Natural Beauty in the country.

Essentially a rural county, it has been known since Roman times for farming, forestry and its association with the wool trade. 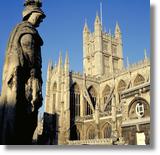 The Cotswolds is the most famous area of Gloucestershire, named for the band of limestone hills covering half of the County. The steep scarp edge to the west runs down the middle of Gloucestershire, sloping eastwards to the valley of the River Thames.

The Cotswolds is known and loved for its gentle hillsides ('wolds'), breathtaking gardens, fine houses, historic churches, known as 'wool churches', and picturesque villages of mellow stone cottages, nestling in the valleys.

It has been said that Gloucestershire has the most diverse geology of all the English counties; creating a wide range of landscape, flora and fauna, heritage and attractions.

Gloucester, the county's capital, is famous for its Norman cathedral and restored docks.

Cheltenham is a spa town renowned for its Regency architecture and gardens.

Tewkesbury has fine examples of half-timbered houses, while Stroud has a rich industrial heritage.

Today, the larger market towns and villages of the Cotswolds, such as Stow-on-the-Wold, Cirencester, Chipping Norton and Tetbury, are famous for their wide range of unique and interesting shops including many fine antique shops. There are hundreds of villages to discover, not all are well known and still hold their secrets, so explore and enjoy!

Amongst the treasures to be found off the beaten track are Upper and Lower Slaughter, Snowshill, Winchcombe (home to Sudeley Castle) and Bibury, or happen upon an 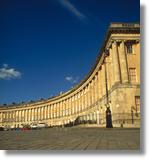 unspoilt historic church, such as at Northleach, often called the "Cathedral of the Cotswolds" - open the church door and you will discover a hidden world of history.

Coleford is a good base from which to explore the Forest of Dean area. The Royal Forest of Dean is one of Britain's ancient hunting forests, one of the most unspoilt areas in England, with over 100 square kilometres of woodland still standing. Disused railway lines are being reopened for cycling routes, suitable for families. The River Wye forming the western boundary of the County, offers water sports and many other activities. Coleford is also home to the Great Western Railway Museum.

The River Severn meets the River Avon at the medieval town of Tewkesbury, where the Gloucestershire Tourist Information centre will

provide fuller information on 'The Severn Bore' - a naturally occurring tidal wave, which can be seen on the lower reaches of the River Severn. The estuary is a haven for thousands of wildfowl and wading birds.

Britain's largest water park is situated in the south east corner of the County - the Cotswold Water Park is an increasingly important wetland area, offering a greater area of water than the Norfolk Broads. It is a centre for water sports, nature conservation, walking,

Gloucestershire has some of the finest countryside in all of England. The landscape has evolved over centuries as generations of people have moulded it through agriculture, architecture and planning, to provide for their needs.

Gloucestershire also encompasses the busy city of Bristol, which combines its maritime and architectural heritage with excellent tourist attractions, shopping and entertainment, and the World Heritage city of Bath which has some of the finest architectural sites in Europe.

Days out in Gloucestershire


Places to Visit in Gloucestershire