You are here:  Towns -> Places to Visit in Gloucestershire -> Upper Slaughter

Things to do in Upper Slaughter, Gloucestershire 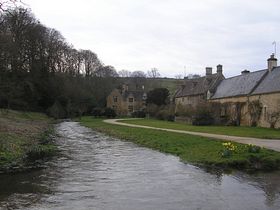 The village of Upper Slaughter lies two miles beyond the better-known Lower Slaughter, just off the A429 trunk road between Bourton-on-the-Water and Stow-on-the Wold. This area is, without any doubt, one of the most beautiful in England and this small Cotswold Village remains unspoilt and uncommercialised.

The unusual place name ‘Slaughter' comes from the Saxon word Slohtre meaning ‘muddy place' and it is ironic that this is one of Britain's forty nine ‘Thankful Villages' - those rare places that suffered no fatalities in the Great War of 1914 to 1918.

Upper Slaughter sits astride a fast flowing brook, the River Eye, with a deep ford (not suitable for motor vehicles) and two stone built footbridges. The village square was reconstructed in 1906 under the direction of Sir Edward Lutyens and there is a Manor House, Old School House, tiny Chapel, Village Hall and the Parish Church of St Peter. The Parish Church dates back to Richard The Lion Heart's reign and is approached by a path bounded by steep banks on either side.

A total of twenty five Service personnel enlisted from the Parish of Upper Slaughter (six of them with the surname Witts) to fight in the First World War and, miraculously, all twenty five of them were delivered safely back to the tranquil beauty of this quintessentially most English of ‘Thankful Villages'.

The village was able to repeat this remarkable feat twenty-five years later when thirty-six villagers went to the Second World War and all thirty-six returned. On return from hostilities after the Great War the Women of the village presented the servicemen of Upper Slaughter with Certificates of recognition as a ‘small token of their appreciation and thanks for your help towards the attainment of victory'.

The Village Hall in Upper Slaughter was, until just after the Great War, a combination of reading room, washing room and stables but was leased for 99 years at a peppercorn rent by the Witts family to be constituted as a Parish Hall ‘to commemorate the ending of the Great War'. The founding document listing those who contributed to this enterprise is still on display almost 90 years later. Also on display in this lasting legacy from the Great War is a brass plaque of commendation from the Bourton and District regular and Special Constabulary to the inhabitants of Upper Slaughter for their ‘distinguished conduct and promptitude on the occasion of an Enemy incendiary bomb attack on the village on 4th February 1944'. Even when the ravages of war were brought directly to this Cotswold Village there were no fatalities. 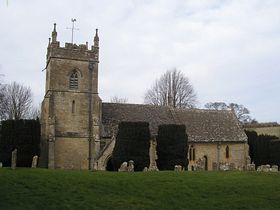 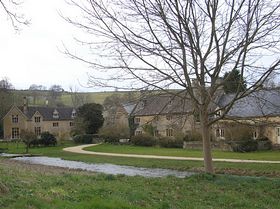 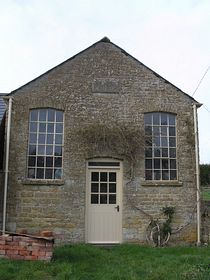 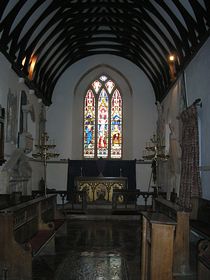 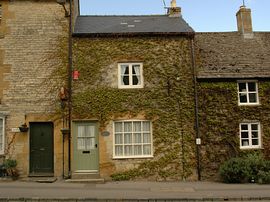 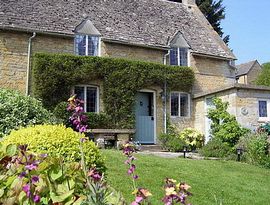 more self catering near Upper Slaughter...

Days Out in Upper Slaughter

Places to Visit near Upper Slaughter