You are here:  Attractions -> Things to Do in Gloucestershire -> Snowshill Manor 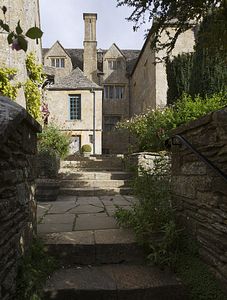 
Few places are more historic than the lovely Tudor buildings which make up Snowshill manor.

Beautifully built in local Cotswold stone, the existing modest house was built between the 15th century and the 18th century.

It is set on a hillside above the Vale of Evesham and enjoys spectacular views of the Cotswold countryside.

Snowshill Manor fell under the jurisdiction of Winchcombe Abbey from 821 until the dissolution of monasteries in 1539.

The manor was then given by Henry VIII to his wife at that time, Catherine Parr.

It was extended in Elizabethan times and the old wood-timbered interior is now a fascinating maze of passages and barrel vaults.

By the turn of the 20th century, the building was almost derelict 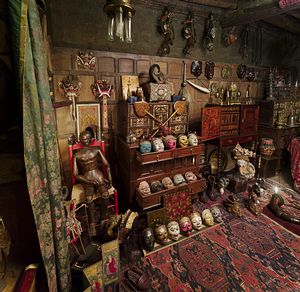 but it was bought by Charles Pagett Wade who was not only wealthy, but was also a skilled architect and craftsman.

Income from his father's sugar plantation in the West Indies allowed him to live in the old priest's house in the courtyard while the Manor was restored.

His eccentric appearance with bobbed hair, 18th-century stockings and buckled shoes amused the locals but he was well-liked.

He employed a team of 28 workmen who stayed in the attic until ghostly sightings sent some workmen on their way.

The belief continues that the house is haunted by one of the Benedictine monks of Winchcombe Abbey.

The room shown to visitors as Ann's Room also has some interesting supernatural tales relating to a young heiress who was forced to enter into marriage with one of the servants. Her unhappy ghost is also said to roam the house.

During his time at Snowshill Manor, Wade indulged in his passion for collecting.

His wonderful artefacts include suits of Samurai armour, antique toys, clocks and curiosities which are now on display in the house and outbuildings.

It is one of the most eclectic collections in the care of the National Trust and includes 2000 costumes and 22,000 other objects, from cowbells and butter stamps to musical instruments.

The delightful gardens at Snowshill were planned by M H Baillie-Scott around 1920 and he cleverly created terraces in his notable Arts and Crafts style where the old farmyard had been.

The intimate garden, restored ponds and farmyard barns offer plenty of quiet nooks to sit and enjoy the harmonious plantings.

Charles Pagett Wade died in 1956 and is buried in the local village churchyard alongside his mother and sisters. He gave his beloved Snowshill Manor to the National Trust in 1951. 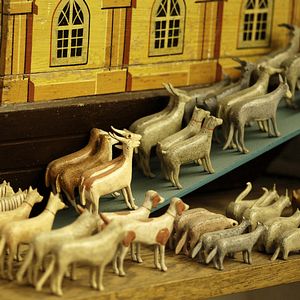 Days Out near Snowshill Manor

Places to Visit near Snowshill Manor