You are here:  Towns -> Places to Visit in Gloucestershire -> Bibury

Things to do in Bibury, Gloucestershire

Bibury was described as "the most beautiful village in England" by the nineteenth century artist William Morris. 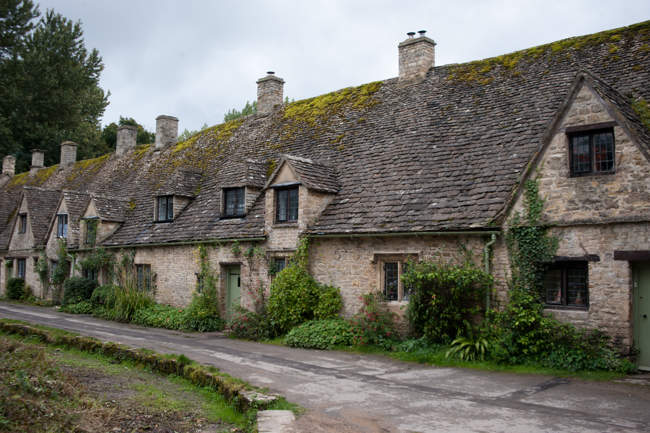 Seven miles north-east of Cirencester, Bibury is on the southern edge of the Cotswolds Area of Outstanding National Beauty. It has the typical Cotswold stone buildings, with a mill (now a private house), a hotel and a pub, a village shop, ancient cottages and a trout farm! 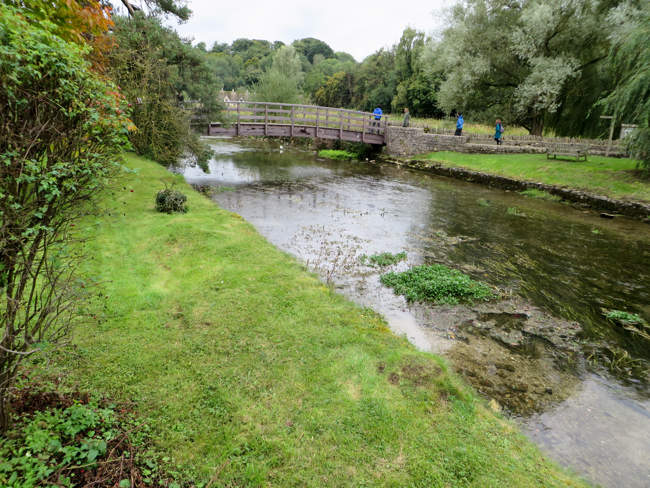 The River Coln flows through this picturesque Cotswold village, most famous for the row of ancient cottages called Arlington Row. 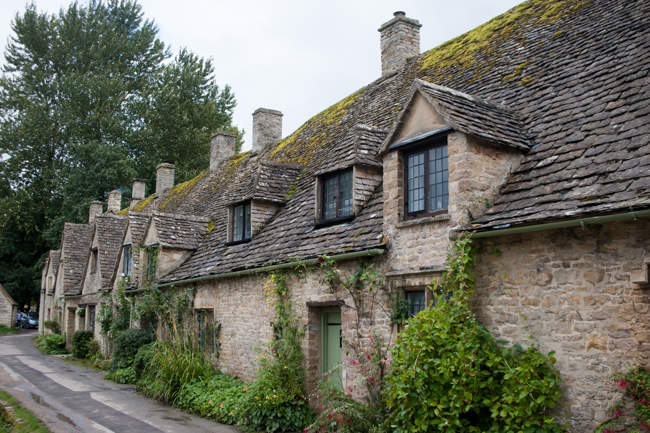 Arlington Row was originally built (in 1380) as a wool store for the monastery, and was converted into weavers' cottages in the seventeenth century. The weavers who lived there produced cloth for the nearby Arlington Mill. 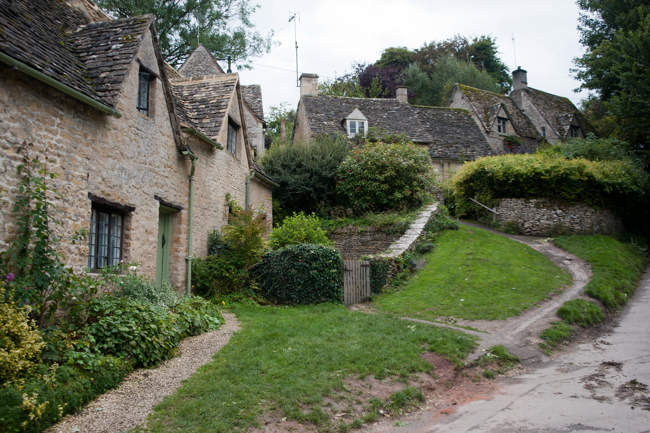 The cottages are now owned by the National Trust, and are private homes.

There is a lovely natural, wild area of water meadow and marsh infront of the cottages, which used to be called "Rack Isle", due to the racks which were used to dry the cloth made in Arlington Row. 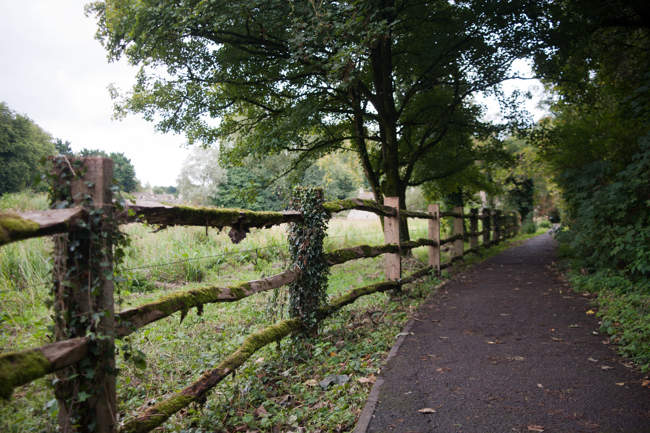 Today Rack Isle is a National Trust Wildfowl Reserve and home to many water-loving plants and birds. 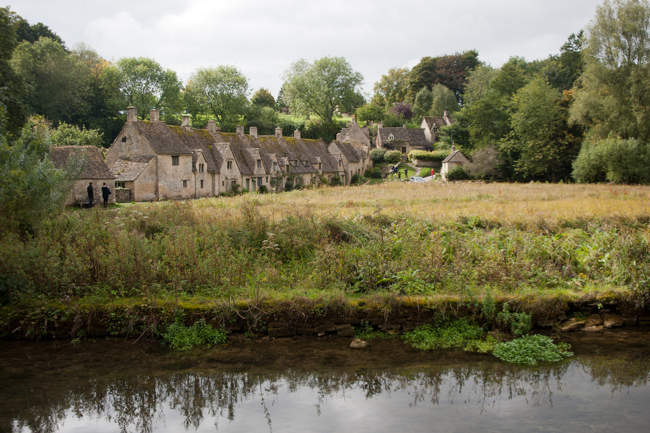 The Bibury Trout Farm can be found on the banks of the Colm across the Rack Isle from Arlington Row. It was created in 1902 by naturalist Arthur Severn, so that the local rivers and streams could be stocked with Brown Trout. 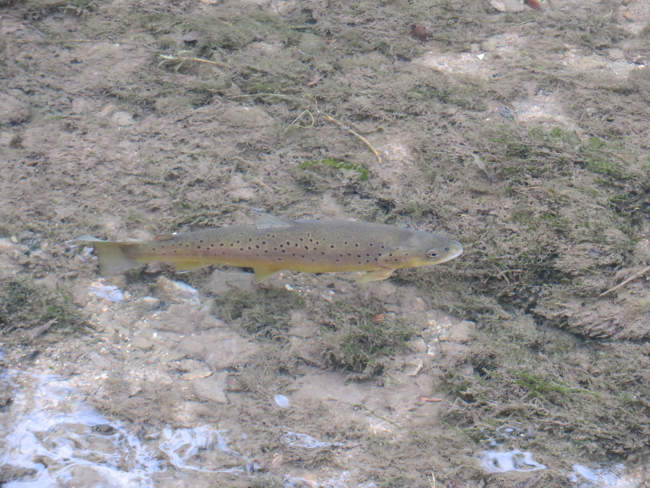 Can you spot the trout?

You can easily spot the native trout in the clear water of the river as you walk through the village.

The Trout Farm offers "Catch Your Own" fishing, information and demonstrations on how the hatchery and farm works, and a gift shop. 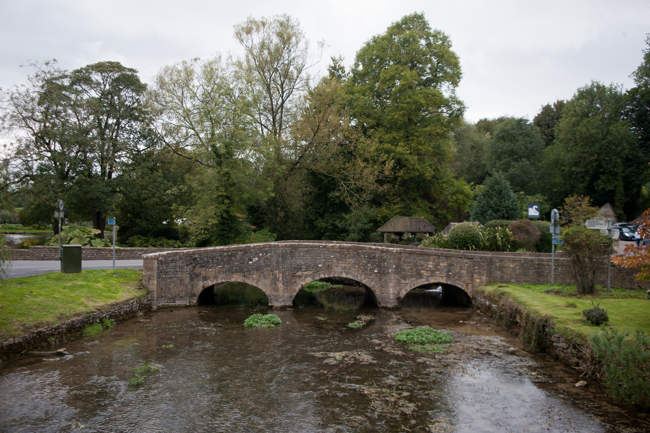 There are two main hotel choices if you want to stay in Bibury - the luxury AA 4 star Hotel: The Swan, and the AA 4-star Inn: The Catherine Wheel Pub. 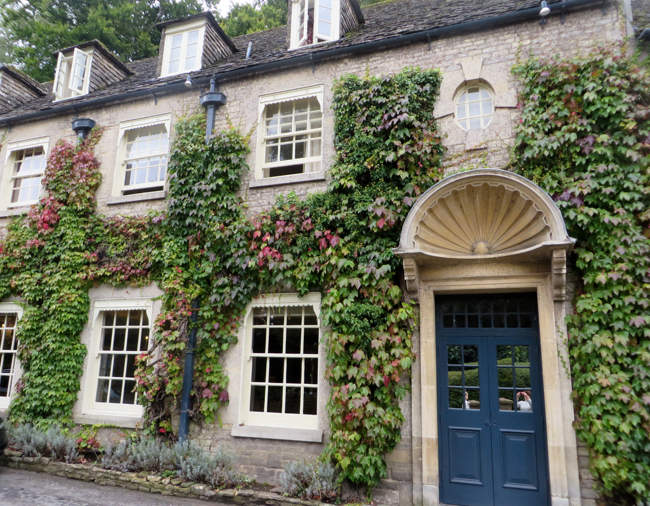 The Swan is located opposite Arlington Row, next to the Trout Farm - right in the centre of the action! It has a beautifully manicured garden for residents to enjoy, and offers all of the facilities you would expect of a 4 star hotel. 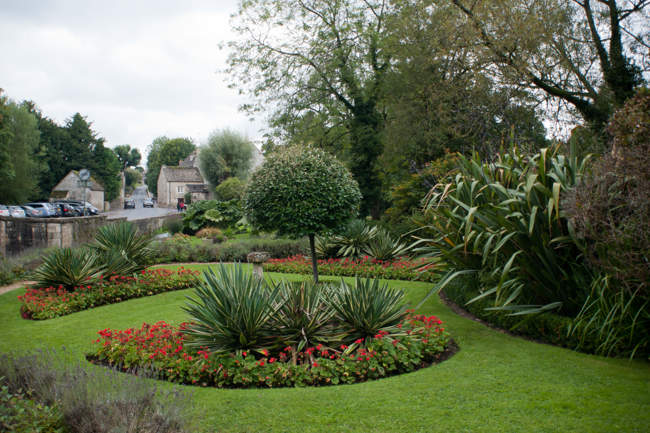 The Catherine Wheel is a charming 15th Century stone cotswold pub, situated in Arlington, just down the road from Arlington Row, with 4 rooms available for family accommodation. 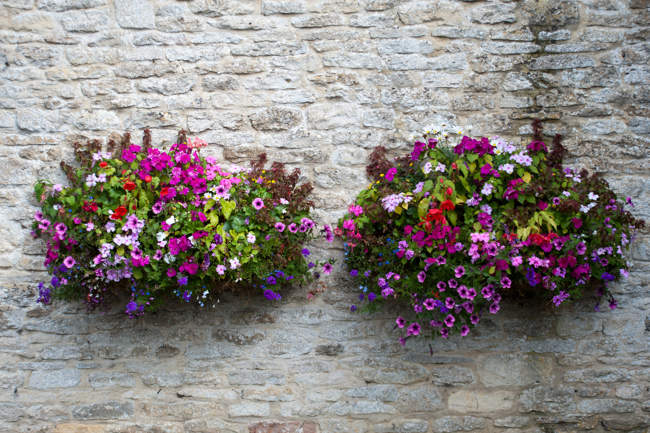 The Church of St Mary is just a short walk from the village centre, and dates back to Saxon times. 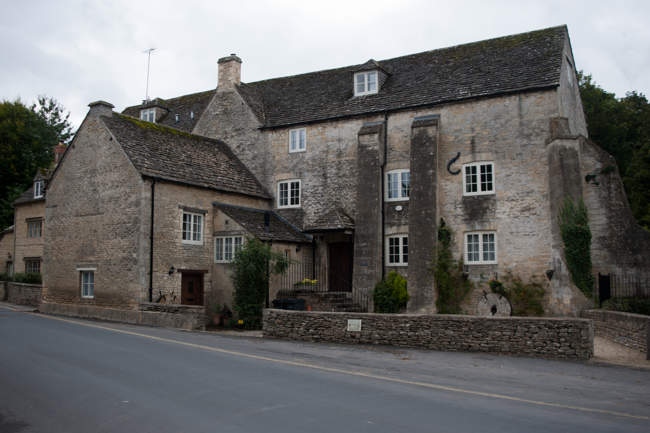 1. The cottages of Arlington Row are featured on UK passports. As an anti-forging measure, a picture of the cottages is printed as the background image on some UK passports. 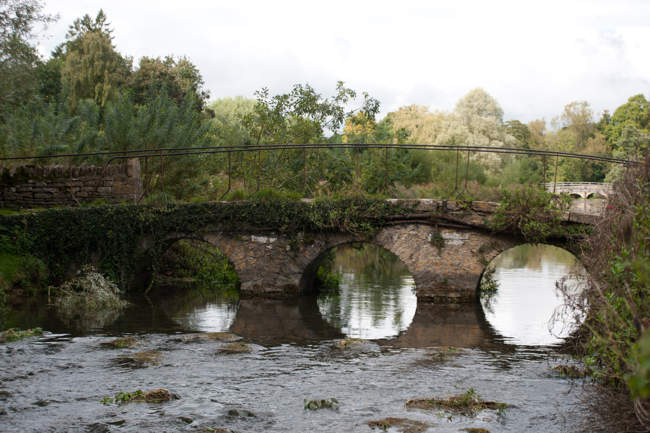 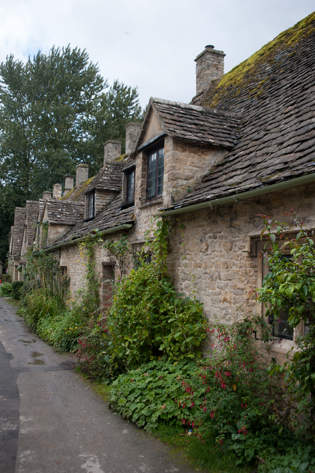 Days Out in Bibury

Places to Visit near Bibury