Cheshire, one of the most picturesque counties in Britain, is situated in north west England. 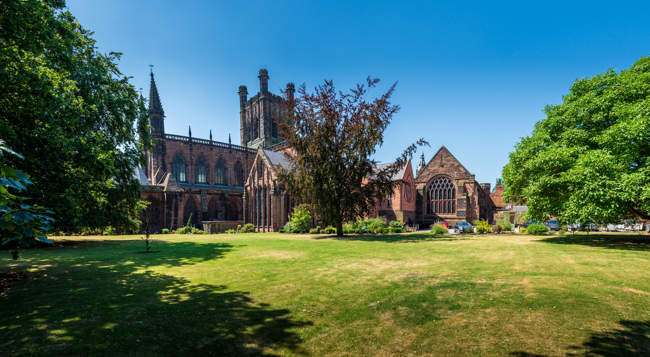 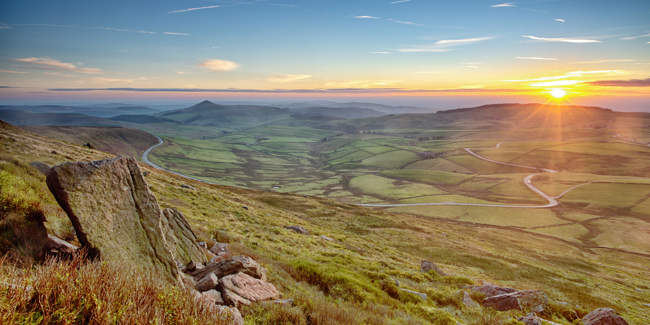 The Cat and Fiddle Road, Cheshire 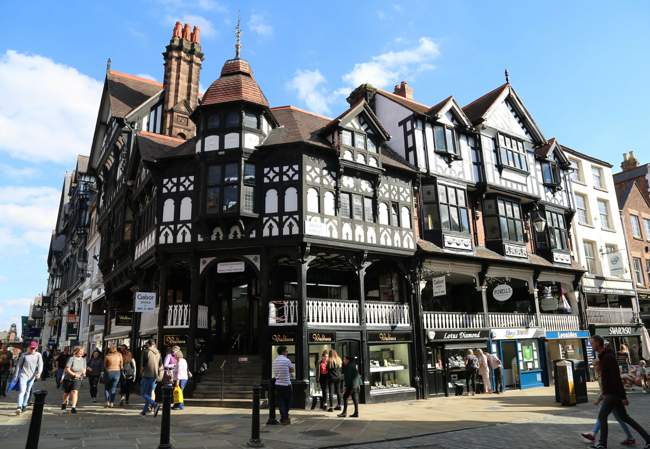 The historic Rows in the centre of Chester, England. 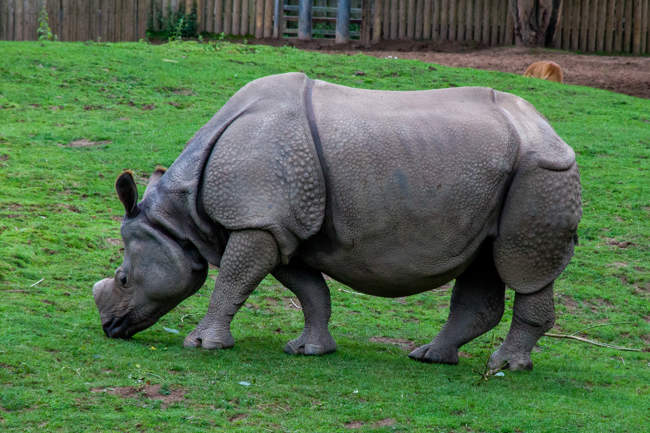 In the north west of Cheshire is Ellesmere Port, the town which grew with commercial trading on the Shoprshire Union and the Manchester Ship Canlas. Today Ellesmere Port offers visitors up to the minute shopping complexes and parks. It is also the home of the Boat Museum, Britain's premier canal boat museum. 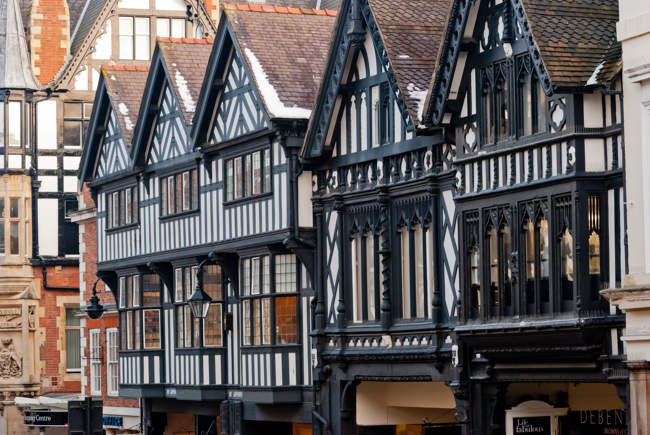 Warrington is in the north of the County - an expanding town with an ancient history .

There are some interesting buildings in the town centre and an excellent selection of shops.

Enjoy a trip along the historic Manchester Ship Canal, or the Bridgewater Canal taking passengers through attractive countryside and picturesque villages such as Grappenhall and Lymm. 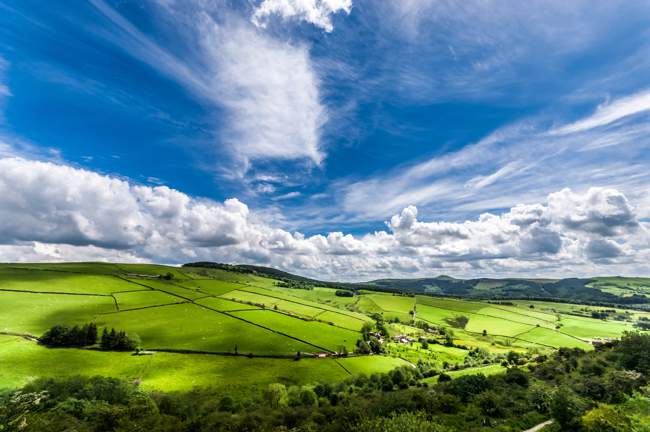 Black Bear Park is a good starting point for exploring the Trans Pennine Trail and the Mersey Way.

The village of Appleton, outside Warrington, is home of the popular 'Maize Maze', a fun experience for all ages.

If you like visiting stately homes, with plenty of attractions then enjoy a day out at Walton Hall Gardens. 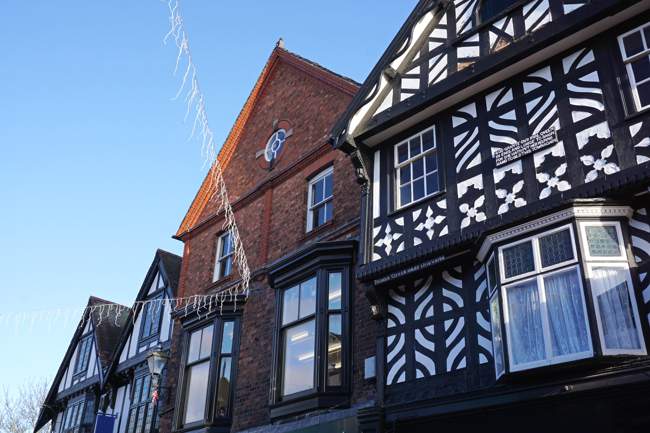 Vale Royal in the heart of Cheshire encompasses many interesting towns and delightful countryside. The Vale was so named when Prince Edward built an Abbey on the banks of the River Weaver for the Cistercian monks in the late 13th century.

Cheshire is renowned for its production of salt, you can trace its history by visiting The Salt Museum, at Northwich. 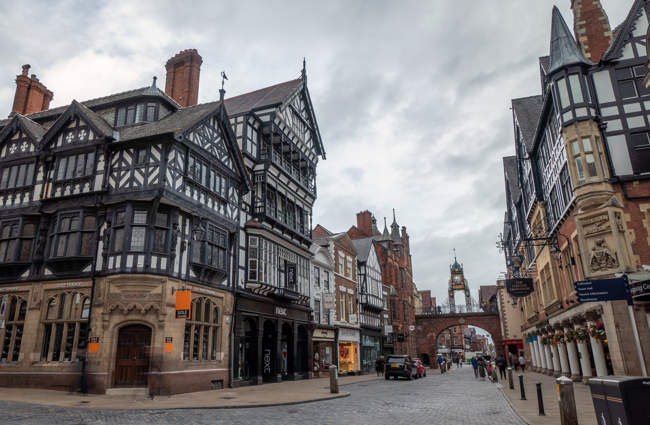 The Norman hunting forests covering much of the area have long gone, but the conifer plantation of Delamere Forest provides a safe environment for walking and cycling with way marked trails, as well as a haven for wildlife.

The sandstone ridge around the west of the area gives good views across the Cheshire plane to the Dee Valley and the Welsh hills. 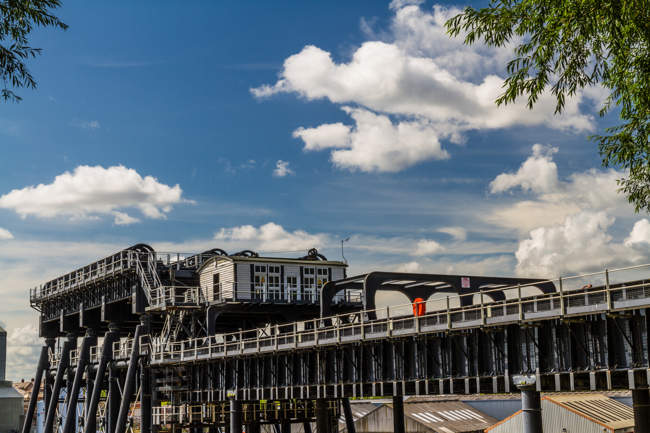 Northwich is home to Anderton Boat Lift, which is the world's first boat lift. Here you can enjoy a trip on the specially designed boat 'Edwin Clark'.

For country house and garden enthusiasts we recommend a visit to Arley Hall. 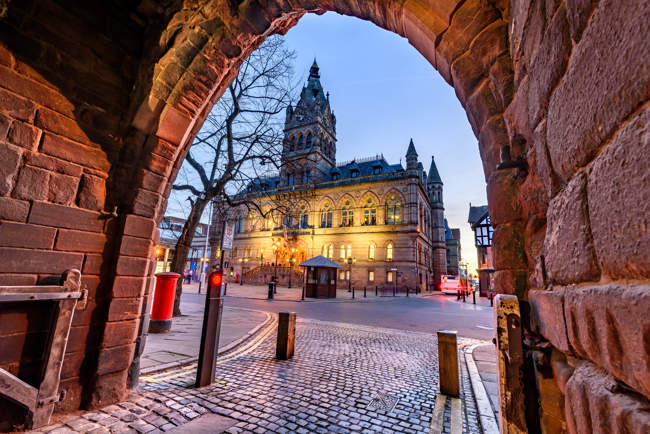 In Macclesfield, you'll find the Cheshire Tourist Information office in the Market Place.

Macclesfield has been weaving silk since the industrial revolution and the development of the silk industry in Macclesfield is told at Macclesfield Silk Museum and the new Silk Industry Museum in Park Lane. The two museums and a visit to Paradise Mill make a fascinating day out. 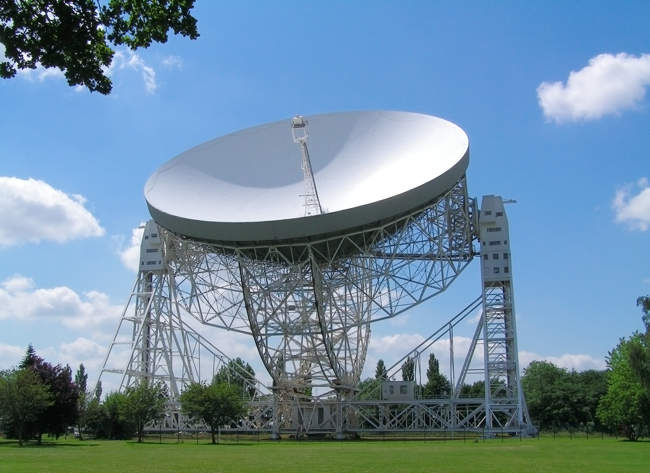 Visit the Jodrell Bank Visitor Centre, home of the world famous Lovell Radio Telescope. An Observational Pathway stretching 180 degrees round the base of the Lovell Telescope allows visitors an even closer look at the telescope.

There is also a 3D theatre and a 35-acre arboretum with the National Collection of Malus and Sorbus, as well as a discovery centre housing a Tree Planet exhibition. 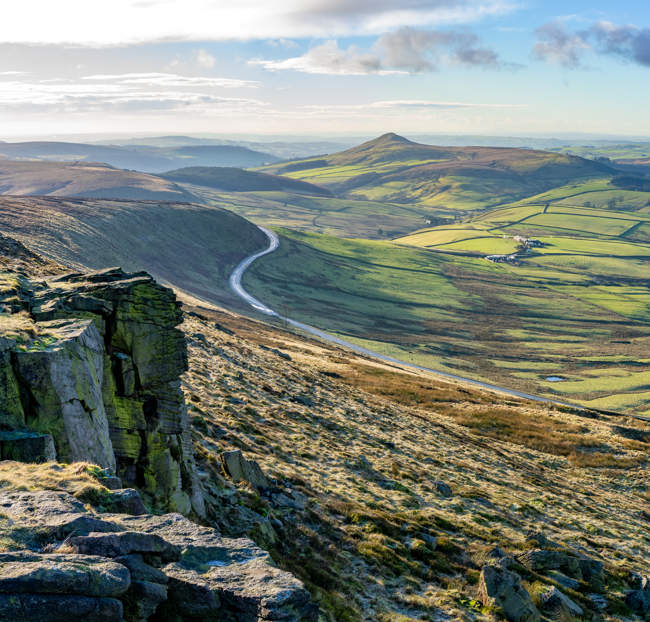 View from the top of Shining Tor, between the towns of Buxton and Macclesfield

In the south east of the County you will find Congleton, a pretty market town with ancient origins. The Congleton Local History Museum tells the fascinating story of the town, which was granted its royal charter in 1272.

Although this area of Cheshire is generally flat, there are several elevated areas. Mow Cop is one of the most recognisable features, at over 1, 000 feet above sea level it provides spectacular vistas of the surrounding countryside. 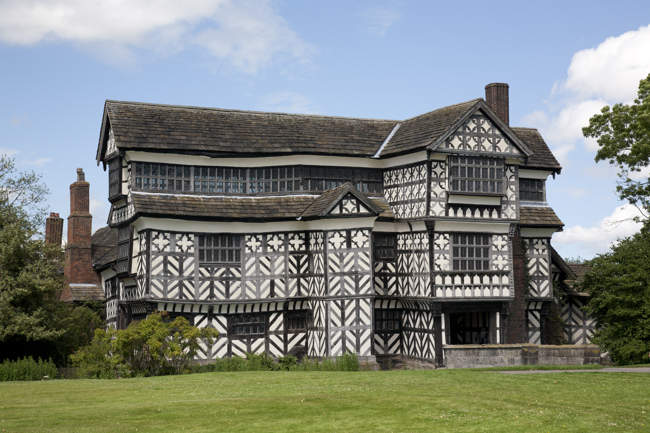 Little Moreton Hall, a magnificent 16th century moated manor house just outside Congleton is not to be missed.

The Upper Weaver Valley in the south of Cheshire encompasses the towns of Nantwich and Crewe.

Nantwich is an old salt mining town on the banks of the River Weaver, with black and white Tudor houses in quaint streets. The town hosts several annual events, such as the Folk and Roots festival, the Jazz festival and the Food and Drink festival, and is considered by many to be the gourmet capital of the north west of England. 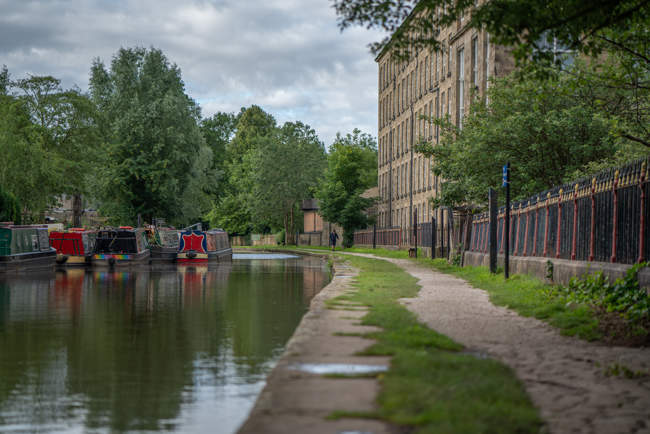 Crewe was built by the Grand Junction Railway Company in the 19th century for their staff employed at Crewe station.

The town continues to be strategically important, providing communication and transport links for Britain.