You are here:  Towns -> Places to Visit in Somerset -> Bath

Things to do in Bath, Somerset 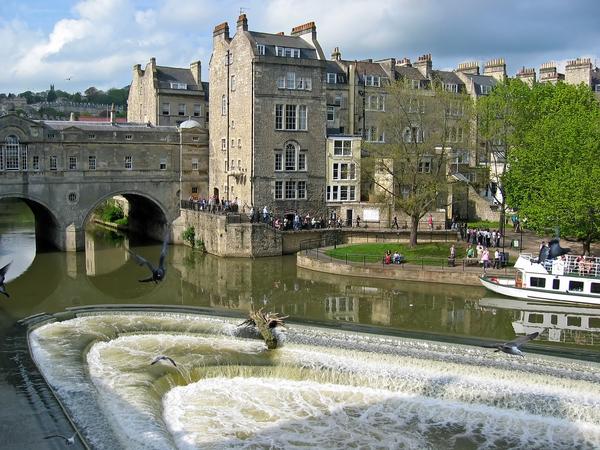 The golden city of Bath has been welcoming visitors for over 2,000 years.

Designated by UNESCO as a World Heritage Site, Bath presents some of the finest architectural sights in Europe, such as the Roman Baths and Pump Room, the Royal Crescent, Pulteney Bridge and the Circus.

The surrounding seven hills, the River Avon running through the heart of the city, and the towers of Bath Abbey combine to create a wonderful first impression. 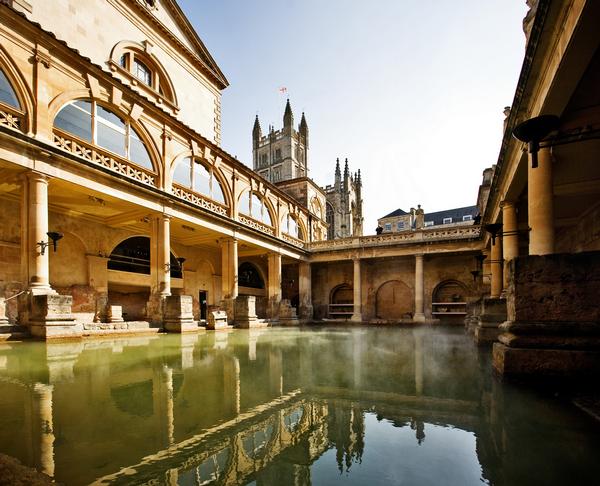 Moreover, Bath takes real pride in sharing its secrets and unique heritage, which can be explored in a variety of 40 museums, galleries, gardens and attractions.

Yet Bath is very much alive and offers an intriguing mix of theatre, festivals, good restaurants, sporting excellence and quality shopping.

Bath is framed between two areas of Outstanding Natural Beauty, the Cotswolds and the Mendips. It is also the gateway to the lakes, valleys and villages of North East Somerset. 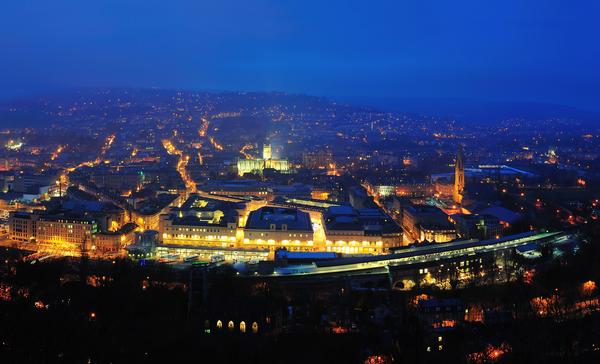 From The Past To The Present

Alongside other World Heritage sites such as Salzburg and Florence, Bath is full of architectural masterpieces and curiosities.

But it is Jane Austen who is most famously associated with Bath. She lived at 4 Sydney Place opposite the Holburne Museum, between 1801 and 1804. 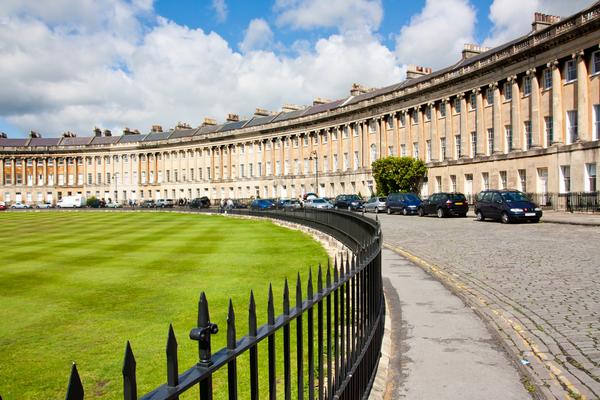 You can visit the places familiar to Jane Austen, such as Milsom Street, the Assembly Rooms and the Crescent as portrayed in "Northanger Abbey". Visit the Jane Austen Centre and gain a real insight into her life and inspirations.

Film-makers come to Bath to recapture the authentic atmosphere of Jane's Regency England. "Persuasion", "Remains of the Day" and "House of Elliot" are just three of many productions filmed in the area.

At the heart of the city is the magnificent Bath Abbey. The present building has just celebrated its 500th anniversary but it was constructed over the site of a Saxon Monastery where the first King of England was crowned in 973.

The fan vaulting and its vibrant colours are considered to be the finest in Britain.

To discover the ecclesiastical history of Bath, take a journey through the Abbey Heritage vaults, which tell the story of 1600 years of Christianity. 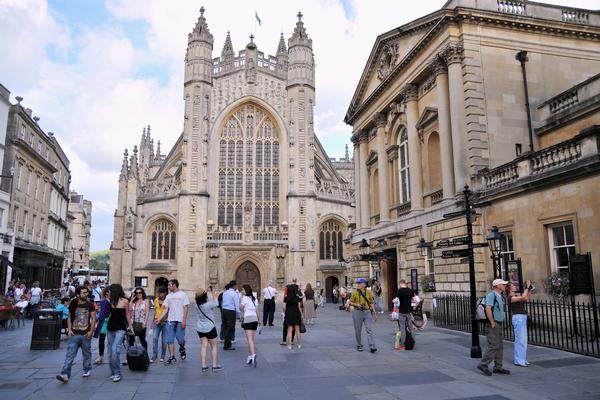 Alongside the Abbey is the amazing Roman Baths complex, where you can experience over 2,000 years of history and see one of the finest ancient monuments in Europe.

You can walk where Romans walked on ancient stone pavements and imagine the grandeur of Aquae Sulis, as Bath was called by the Romans.

To see how Georgian Bath was created, take a look at the Building of Bath Museum in the Paragon.

Number1 Royal Crescent has been authentically restored and furnished, it appears as it would have been when it was designed by John Wood as an 18th-century town house. 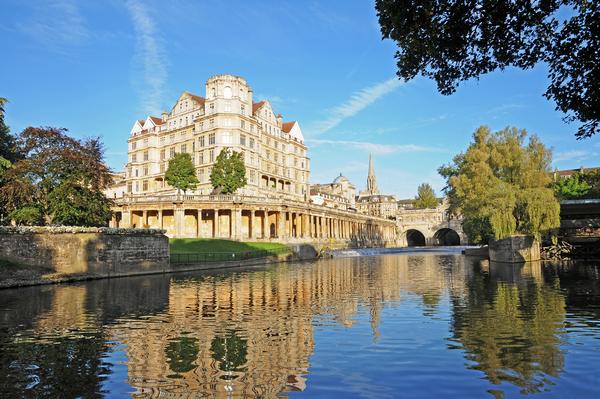 A Breath Of Fresh Air

Bath takes pride in its beautiful parks and gardens. In Henrietta Park you can enjoy the Victorian flower gardens with its pergola, fishponds and replica of the Roman temple of Minerva.

Sydney Gardens was a favourite spot for Jane Austen with its Chinese style bridges twisting over the Kennet & Avon canal.

Close to the Abbey is Parade Gardens with its bandstand, deck chairs and outdoor café.

The Royal Victoria Park was registered by English Heritage as a Park of Special Historic Interest.

Here you will find the Botanical Gardens, ornamented lakes, an aviary, bowling green, a delightful cafe and the best-equipped children's play area in the region. 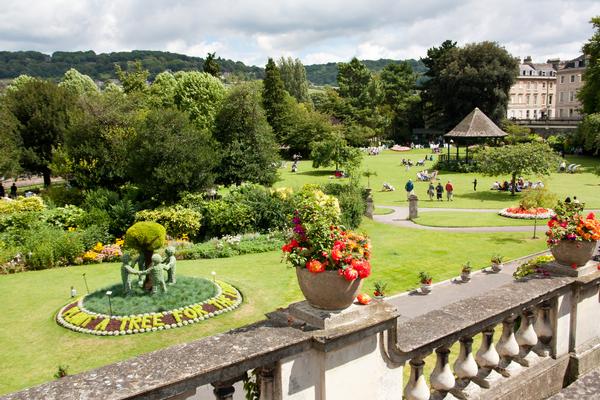 It was created by three of the most notable names of the era; local entrepreneur Ralph Allen, the poet Alexander Pope and the renowned landscape architect Capability Brown.

Water has always been of huge significance to Bath's heritage.

The Roman Baths and the temple were built around the thermal springs, which have been constantly supplying water at 46C for 2,000 years and which can still be tasted in the Pump room.

The river Avon weaves its way through North East Somerset and there are marinas at Keynsham, Saltford and Bath. 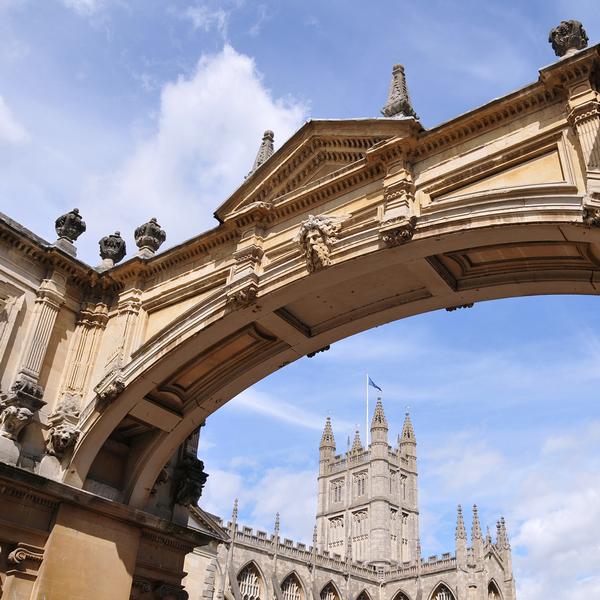 Pleasure boats depart from Pulteney Bridge and North Parade Bridges. Take a trip and admire the scenery visible only from the river.

Throughout its journey from Reading to Bath, where it joins the River Avon, the Kennet & Avon canal is one of the most picturesque canals in the country.

The towpath provides a tranquil setting for walkers, fishermen, canoeists and cyclists alike.

Bath's main theatre, The Theatre Royal, is considered to be one of the most beautiful in Britain.

Bath and North East Somerset entertain all year round - with festivals of literature, music and film.

Whatever the season, you'll find events that reflect the standing of the area as a centre for art and culture. And for those who seek the pleasures of life, Bath is enormous fun.

Situated at Lansdown, Bath Racecourse has meetings throughout the summer and Autumn months.

The Wellow Trekking Centre offers excellent facilities with horses suitable for all levels of experience.

The horse trials at nearby Badminton, Gatcombe and Ston Easton attract the world's best riders.

Cricket, Rugby and Football can all be enjoyed locally. There is a choice of courses for golfers and a range of watersports at Chew Valley Lake. 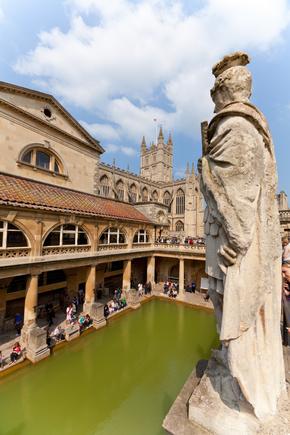 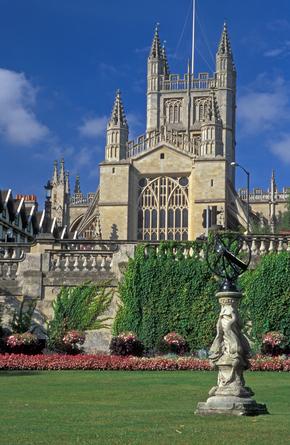 The Bath Bun and The Sally Lunn Bun

Although no one is certain of its origin, the Bath Bun was mentioned as early as 1763.

The small round bun consists of sugar and currants and is available from a number of bakers and tea rooms in the city. Not to be confused, the Sally Lunn Bun is baked to a secret recipe, handed down through the generations.

It is only available at Sally Lunn's Refreshment House, where Sally Lunn established her baking as a favourite of fashionable society in the 1680s.

Today you can discover the taste for yourself, in this charming Refreshment House and Museum, the oldest house in Bath. 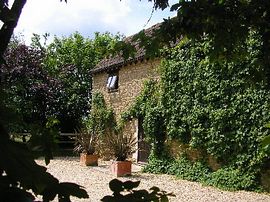 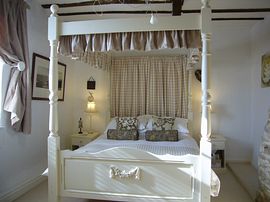 more self catering near Bath...

Days Out in Bath

Places to Visit near Bath