You are here:  Towns -> Places to Visit in Cheshire -> Dunham-on-the-Hill

Things to do in Dunham-on-the-Hill, Cheshire 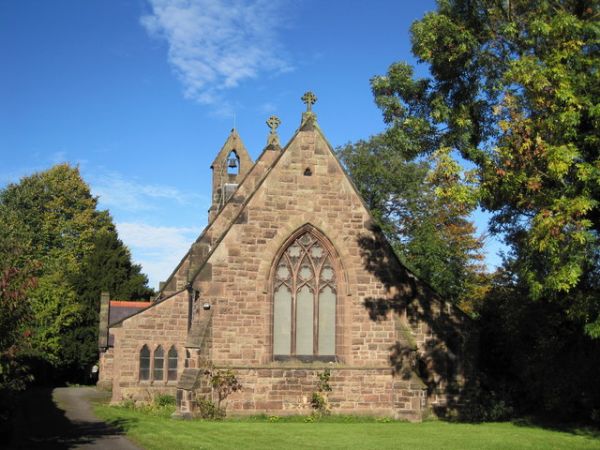 Dunham-on-the-Hill is a small village in Cheshire. It straddles the A56 with the Church, Pub and a small Council Estate (now largely owner-occupied) on the northwest side and the Village Hall and the majority of the houses to the southeast.

St Luke's Church was built in 1864 as chapel of ease for the villagers who, prior to that, had to walk across the fields to Thornton-le-Moors Parish Church. 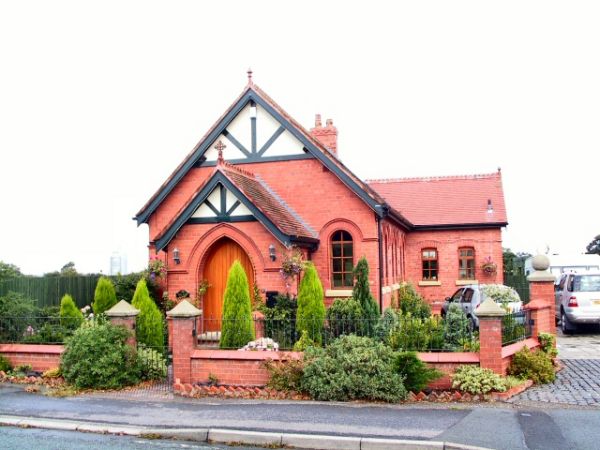 There are two Methodist chapels in the village, both now converted into homes.

The Wesleyan Methodist chapel was the first place of worship to be built in the village, pre-dating the Anglican Church by a few years.

Hapsford Methodist Church, situated between Dunham and it neighbouring village of Hapsford, was a United Methodist chapel. 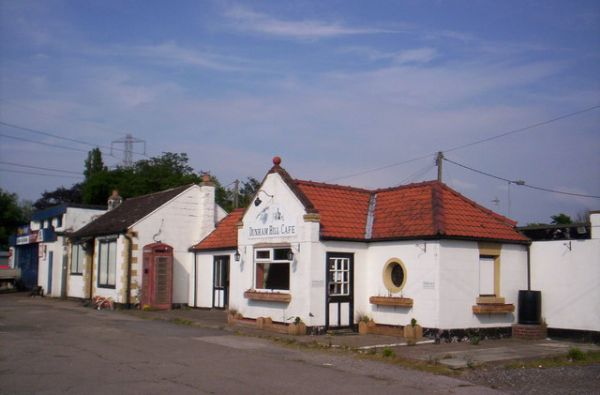 Dunham Hill cafe and filling station on the A56.

It survived as a place of worship until the 1990's when the high cost of repairs to the building forced its closure.

St Luke's Church, situated behind the Wheatsheaf Pub, has some interesting internal features, including: a stone font; a wooden framework above the altar, carved by the first vicar of the Parish, surrounding a picture of the Good Shepherd, carved by his wife; the war memorial commemorating the men from the village who fell in the World Wars; and a spectacular gilded brass cross suspended above the sanctuary.

The Story of the Cross

The cross originally hung in Chester cathedral, but had lain for several years in one of the crypts when it was discovered by the then Vicar Rev Dr Griffin. 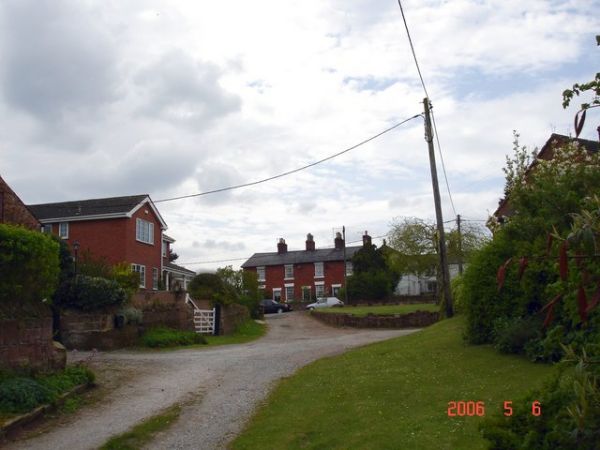 It is believed that the cross had originally been commissioned by the Brown family, owners of the "Brown's of Chester" department store, and that Dr Griffin was interested in preserving the cross because his wife Nellie was a member of the Brown family.

Since the cathedral had no use for the cross, Dr Griffin was given permission to remove it and in 1921 local man Jim Blackburn brought it to Dunham using his horse and cart. 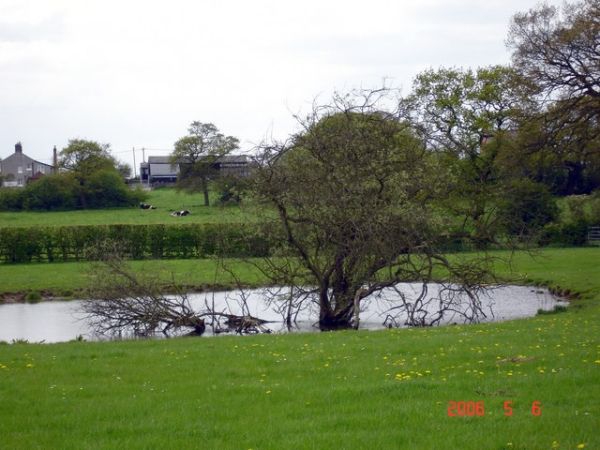 The cross underwent full cleaning and restoration in 1999. The restoration work was labour intensive, because the Cross comprises many individual parts, some 72 brass cusps, 40 brass filigree panels and 8 quatrefoil decorations, all individually attached to the oak frame.

All these pieces had to be dismantled, cleaned, burnished and reassembled to complete the job. 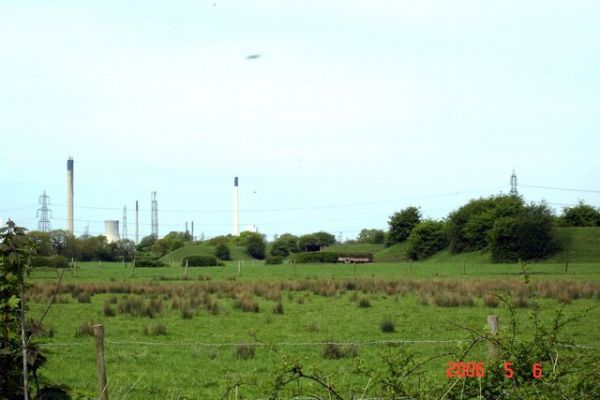 There are many interesting old buildings in the village including: the imposing farmhouse of Dunham Hall, the village smithy, now a workshop, the Village Hall and adjacent School Cottage. 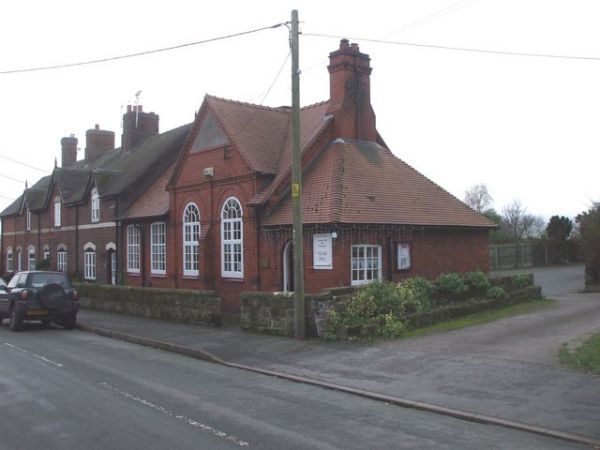 The Post Office and General Stores, which used to stand in the centre of the old village, closed in the 1990's.

For a number of years following that there was a Post Office that opened 4 mornings each week in Bank House on the junction of Village Road with the A56, but this too has now closed. 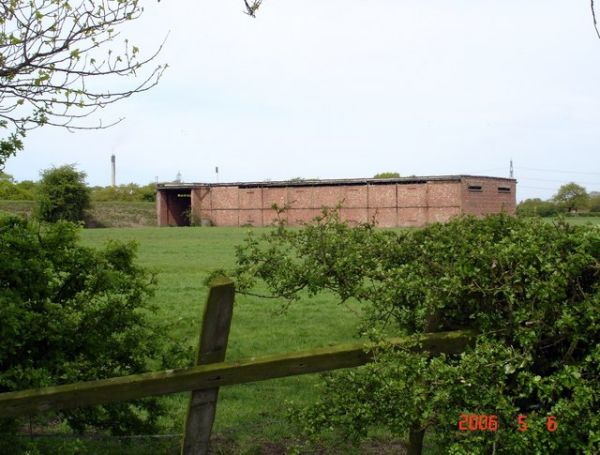 The Victorian Village School was replaced in the 1970's by a modern building in extensive grounds. The old school became the Village Hall.

The county Primary School closed in 2008 due to falling roles.

There are many interesting old buildings in the village including: the imposing farmhouse of Dunham Hall, the village smithy, now a workshop, the Village Hall and adjacent School Cottage.

The village is served by buses that run twice hourly between Chester and Runcorn along the A56.

Places to Visit near Dunham-on-the-Hill