You are here:  Towns -> Places to Visit in West Midlands -> Birmingham

Things to do in Birmingham, West Midlands 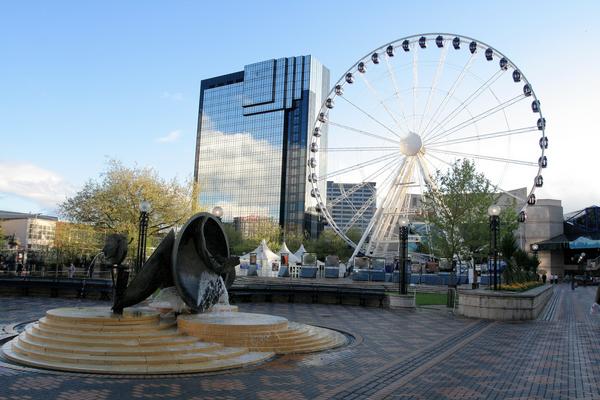 Birmingham is Britain's second largest city and is situated right in the heart of England. Friendly, bustling and thriving, Birmingham is one of our most visited cities and welcomes visitors all year long.

Whether you come to Birmingham on business or pleasure, you will be delighted by the variety of things to see and do.

Home to the famous City of Birmingham Orchestra, and Birmingham Royal Ballet, Birmingham is a city of world class culture.

Discover Birmingham's history in the museums and art galleries, stroll through it's centre and enjoy the diversity of shopping, from well known department stores to intriguing shopping malls and street markets. 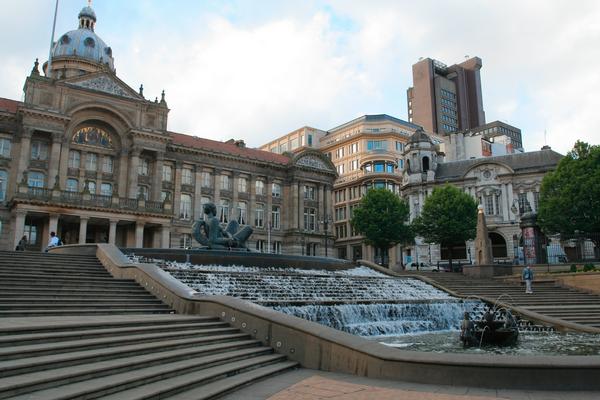 Birmingham is the perfect base to tour from. You can enjoy outings to the historic and beautiful places in the Heart of England, which are all close by and surround the city.

Steeped in history and mentioned in the Domesday Book, records show that Birmingham was producing knives and tools as early as 1538. By 1639, Birmingham was manufacturing arms and supplied swords to the Parliamentarian side during the Civil War.

When James Watt and Mathew Bolton perfected the design of the steam engine, in the late 18th century, Birmingham's proximity to the coal and iron deposits in north Warwickshire, quickly enabled it to become the principal centre of commerce and industry. 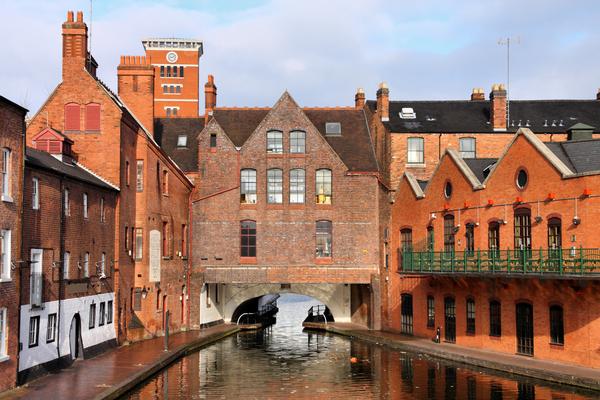 Earning it the title of "the city of a thousand trades" because of its vast diversity of manufacturing. Birmingham is still an important manufacturing centre today, producing among many other things, Chocolate, Cars and Jewellery.

Birmingham has always been a progressive city and has made innovative diversification: Recognising the potential of convention business, Birmingham has turned itself into one of the great meeting places in Europe, and home to three of the most prestigious venues of events and conferences.

Situated in the city centre is the International Convention Centre, which hosts meetings of world leaders in industry and politics.

Members of the public are welcome to visit the centre, where they can enjoy the cosmopolitan atmosphere. The ICC is also the home of the Birmingham Symphony Orchestra, in an elegant hall renowned for its wonderful acoustics.

Near by is the National Indoor Arena, which hosts shows and TV spectaculars, as well as many international sporting events. 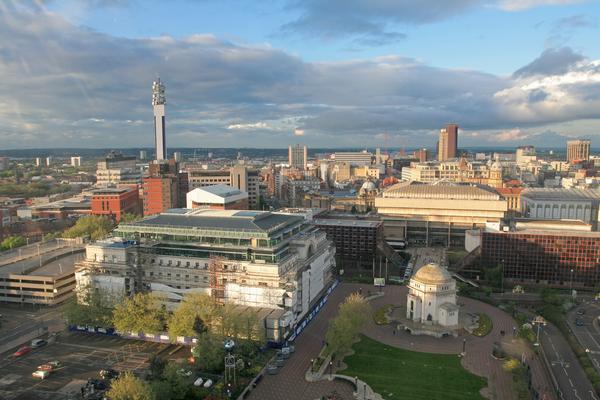 The National Exhibition Centre is the home to some of the world's large important trade shows, and also where concerts of the best-known entertainers are held.

Brindleyplace at The Water's Edge situated in the award-winning restored canal area, adjacent to the ICC is not to be missed, it offers a wide choice of Restaurants, speciality shops and bars.

Birmingham has a wealth of splendid architecture in its older buildings, around the centre of the city.

Among those not to be missed are The Town Hall, built in the 1830's it is a magnificent example of Victorian Architecture.

It was inspired by classical Roman temples it has 40 Corinthian columns of Anglesey marble. The great hall can seat 2000 people and has one of the finest organs in the country.

The Council House, built in Renaissance style in the 1870s has a clock known locally as "Big Brum".

Birmingham Museum and Art Gallery is one of the finest outside London.

Among its vast art treasures is one of the finest collections of Pre-Raphaelite art, there are interesting displays relating to the history of the city and a changing programme of exhibitions and events.

Art lovers should also visit the Ikon Gallery, one of Europe's premier venues for new art.

Also, the Barber Institute of Fine Arts, situated at the University of Birmingham, is one of the world's finest small galleries, with works by Degas, Gainsborough, Monet, Renoir and Turner. 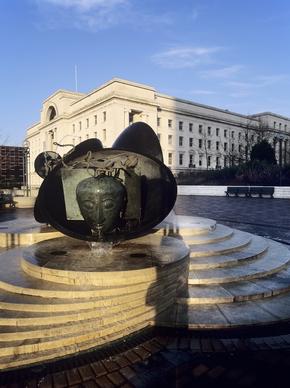 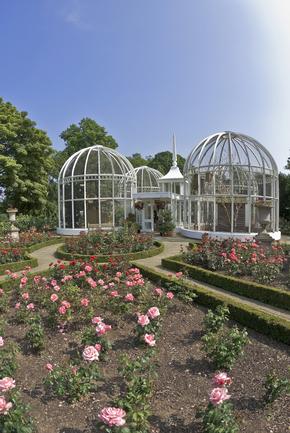 Birmingham's Jewellery Quarter produces most of the jewellery made in Britain today.

Visit the Museum of the Jewellery Quarter, to discover the skill of the jeweller's craft and take a tour of an original factory, preserved as it was at the beginning of the 20th century.

Aston Hall in Trinity Road, is a splendid Jacobean Mansion, the scene of a Civil War siege.

There is an impressive Long Gallery, elaborately decorated plasterwork ceilings and friezes and many furnished rooms containing furniture, textiles and paintings.

Soho House in Handsworth is the city's newest award-winning museum. This 18th-century house was the home of the industrialist Mathew Boulton, the business partner of James Watt and founder of the Soho Mint.

Soho House was the meeting place of the Lunar Society, a group of important scientists, engineers and thinkers, whose members included Josiah Wedgwood and Erasmus Darwin (grandfather of Charles Darwin).

Further examples of fine architecture can be found in some of the city's churches: 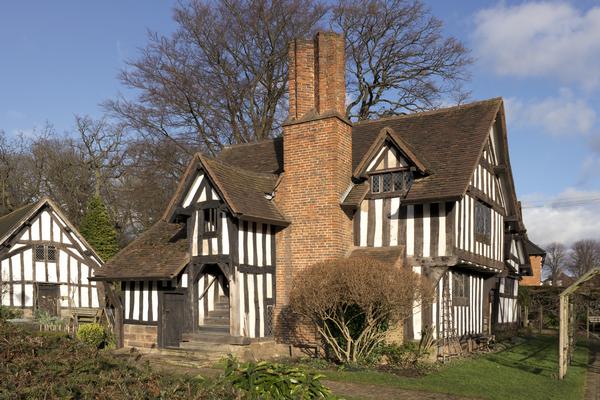 St. Martin's is Birmingham's oldest church dating from the 13th century; it was restored in the 1870s and also has stained glass by Burn-Jones.

St. Chad's is the Roman Catholic Cathedral, the first Roman Catholic Church to be built in Britain after the Reformation. It was designed by Pugin in 1839-41; it is brick built in the 14th-century Gothic style.

When you feel like a little self-indulgence, chocoholics will love to visit Cadbury World in Bournville.

Here is Chocolate Heaven, where you can indulge your senses at this multi-media chocolate experience. Cadbury World offers a combination of history, fantasy and fun for all ages. 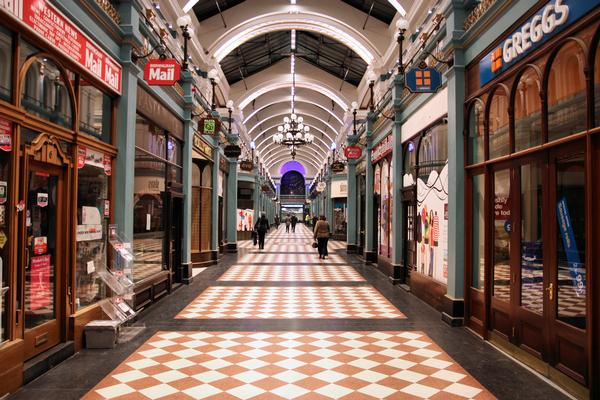 They have more than 3,000 creatures and the world's first 360-degree transparent underwater tunnel, allowing you to stand suspended mid-ocean.

For those who enjoy the great outdoors, Birmingham has lots to offer, there is the Botanical Gardens and Glasshouses in Edgbaston.

Kings Heath Park, home to BBC Gardeners' World is a must for all plant enthusiasts. 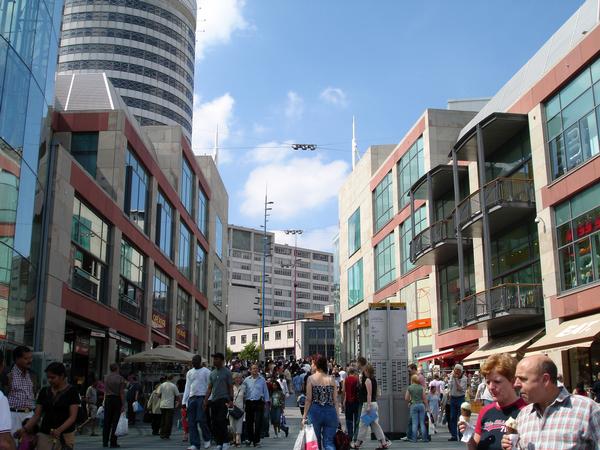 If you are looking for a haven of peace and tranquillity, you will find it in Castle Bromwich Hall Gardens, these beautiful formal 18th-century gardens feature a restored summer-house, green house and holly maze.

Entertainment and Eating Out

Birmingham's Night-Life is diverse and vibrant, whatever your taste, Birmingham has something to please.

You can see "West End" productions at the Alexandra Theatre, or see the latest play at the Birmingham Repertory Theatre.

The NEC Arena and National Indoor Arena stage concerts by international rock and pop groups. There is Opera, Ballet or the Birmingham Symphony Orchestra to choose from. 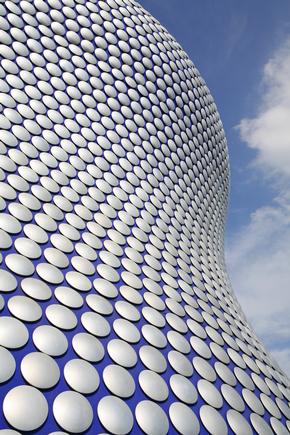 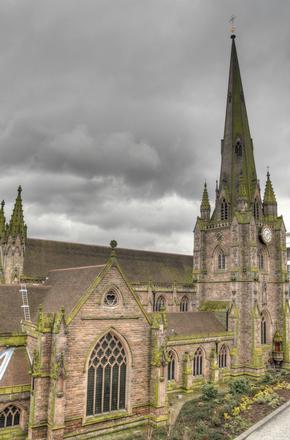 Live music is performed in many of the cities pubs and Birmingham offers a choice of over 20 clubs.

Eating out in Birmingham is a cosmopolitan experience; you can sample the best food from countries around the world.

There are many specialist restaurants in the city centre offering food from countries around the world to simple good food in old fashioned English pubs.

For authentic Kashmiri food, discover Birmingham's "Balti Mile" a short distance from the city centre, where there are over 40 restaurants in the space of one mile.

Birmingham has direct links to the UK motorways M6, M5, M1, and M40. Birmingham is the centre of the National Coach Network connecting with 500 destinations.

Birmingham is linked to Central London by frequent rail services. Regular InterCity services leave New Street station for London Euston and from Snow Hill station to London Marylebone. There are rail links running East and West, North and South making Birmingham easy to reach from all parts of the country.

Birmingham International Airport has two terminals flying to over 40 scheduled destinations in the UK, mainland Europe, Scandinavia and the Indian sub-continent. There are also daily non-stop flights to New York and Chicago. The airport is situated eight miles south-east of Birmingham, just off the M42 motorway. With its own mainline railway station right next door, access to the city centre and London couldn't be easier.


Things to do in West Midlands

more self catering near Birmingham...

Days Out in Birmingham

Places to Visit near Birmingham