You are here:  Attractions -> Things to Do in Cheshire -> Quarry Bank Mill and Styal Estate 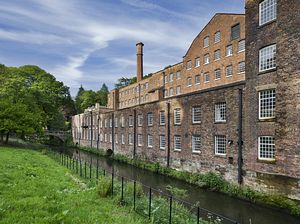 
Set in an idyllic rural landscape, yet just minutes from Manchester Airport, the Styal Estate grew up as a self-contained village around the huge Georgian cotton mill known as Quarry Bank Mill.

In 1780, Samuel Greg inherited one of the largest textile businesses in Manchester. Keen to take advantage of the latest water-driven machines, which mechanised cotton spinning, he built a new Water Mill on the banks of the River Bollin on the site of what became the Styal Estate in Cheshire.

As the mill prospered and expanded, a school, shop, two chapels and many workers' cottages were added to create a local village for the workers. 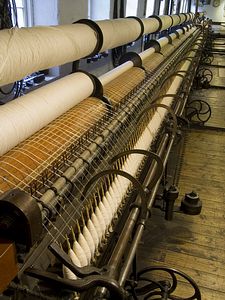 remains at the heart of the complex. The elegant white Georgian Quarry Bank House next door was the home of Samuel Greg and the smaller house nearby was the residence of the mill manager, whose main job was to control the speed of water which drove the waterwheel.

The Gregs, like other families of their day, had an enlightened attitude towards their hard-working staff and each small cottage at Styal Village had a garden for growing vegetables, each with a privvy at the bottom of the garden which was a real luxury.

Another sign of the harsh times was the Apprentice House. It was built in 1790 to house the pauper children who made up one third of the workforce at the mill. They were draughted in from the workhouses to work 12 hours a day, 6 days a week. Sundays were spent walking across the fields to church. It housed more than 1,000 children until the practice ended in 1847.

The mill was handed over to The National Trust in 1939 along with the surrounding acreage of woods and meadows. It remained in commercial operation until 1959. The building is now a Grade 1 listed building.

The mill was gradually restored as a working museum of the cotton industry. The giant iron waterwheel, once the most powerful in Europe, can be seen driving the spinning machines and clattering looms in an authentic reproduction of the Industrial Revolution era. A Boulton and Watt type beam engine from around 1830 and a later 1880's Horizontal Engine powered by live steam demonstrate the development of power.

The whole procedure for turning raw cotton into spun yarn and calico cloth can be followed with the fascinating live demonstrations and interactive displays of each process. Costumed interpreters bring the working colony of Quarry Bank Mill vividly to life. 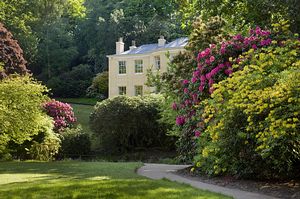 Days Out near Quarry Bank Mill and Styal Estate

Places to Visit near Quarry Bank Mill and Styal Estate