You are here:  Towns -> Places to Visit in Greater Manchester -> Bolton

Things to do in Bolton, Greater Manchester 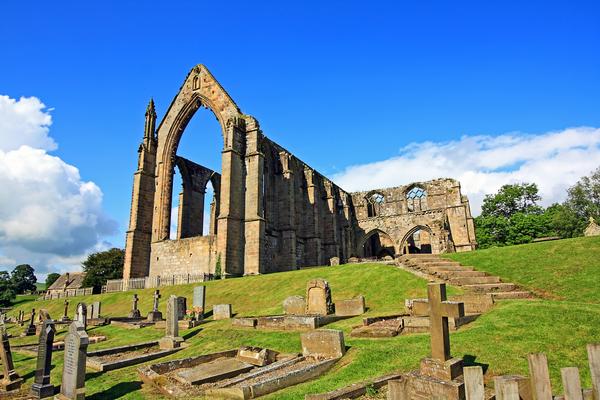 The historic mill town of Bolton is on the edge of the West Pennine Moors, 10 miles northwest of Manchester.

The first settlement began as Bolton le Moors. It was first recorded as Boelton in 1185. The surrounding moors have been inhabited for thousands of years as can be seen by the stone circle and Bronze Age burial mounds in the area. 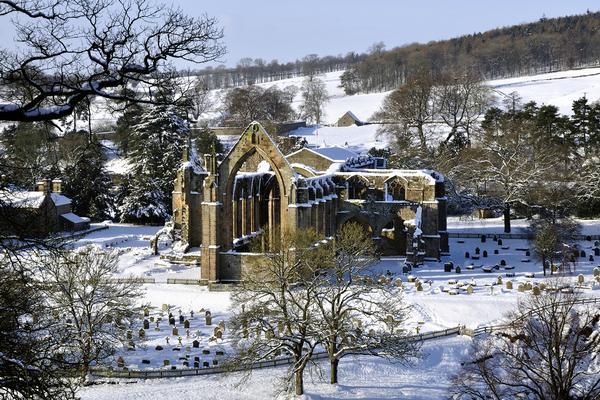 The town received its charter from Henry III in 1251. It became a borough under William de Ferrers, the Earl of Derby, and the streets of Churchgate and Deansgate were laid out. The old black and white pub, Ye Olde Man and Scythe dates back to this period.

During the 14th century Flemish weavers settled in the area and began a wool and cotton weaving industry. During the Industrial Revolution, Bolton was at the heart of textile manufacturing with 216 mills and 26 bleach and dye works. It was one of the most industrious cotton spinning areas in the world. The ample streams from the moors and local coal mines were an added asset. 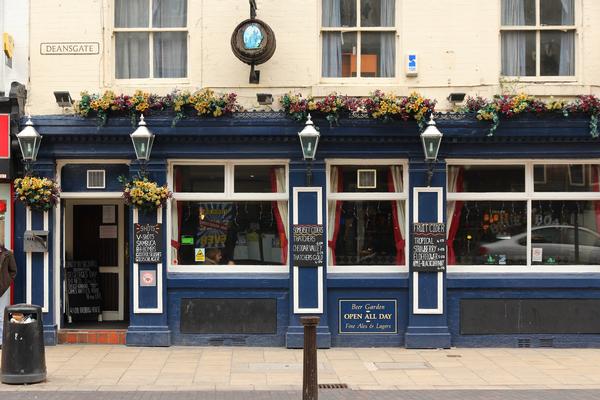 The Manchester Bolton and Bury Canal gave transport links to Manchester in 1791 and the Bolton and Leigh Railway opened in 1828, now the oldest railway in Lancashire.

During the English Civil War Bolton was staunchly Parliamentarian. It was attacked by 3,000 Royalists under Prince Rupert, 1600 residents were killed and 700 more taken prisoner. The 1644 event became known as the Bolton Massacre.

During World War I Bolton was badly bombed by Zeppelins. After the war the demand for cotton began to slump. By 1980 almost all the mills had closed. 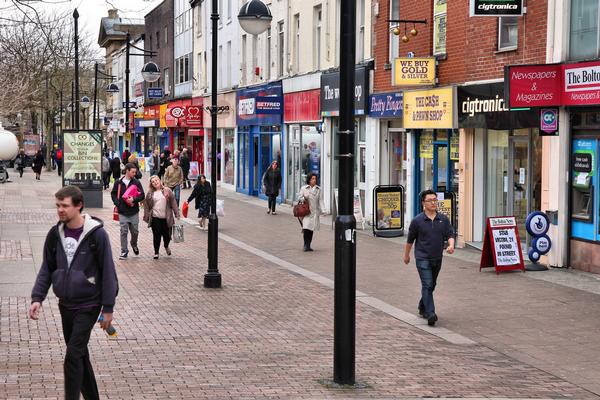 Bolton has a population of just under 140,000 people with many more in the adjoining towns and villages. It has a large Asian community. 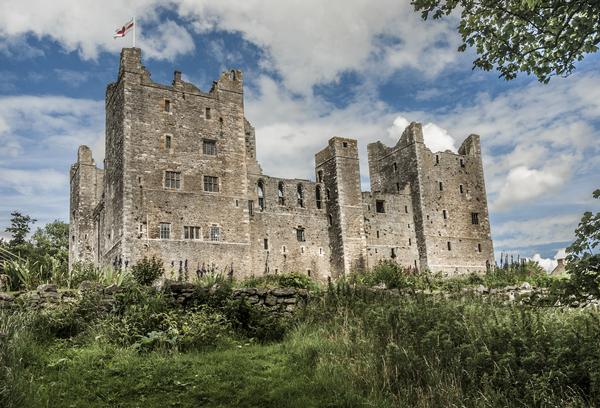 The town has shopping centres, markets, pubs and restaurants with good leisure facilities. It has seen a great deal of investment as part of a regeneration scheme. 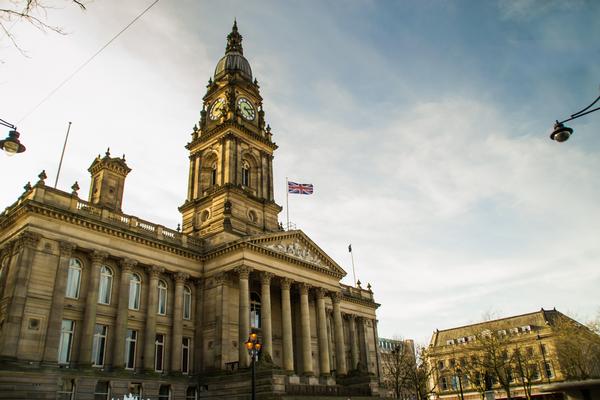 The magnificent Town Hall is a Grade II listed building designed by William Hill in 1873. Altogether the town has 700 listed buildings including Le Mans Crescent, pubs, the market place and Holy Trinity Church. 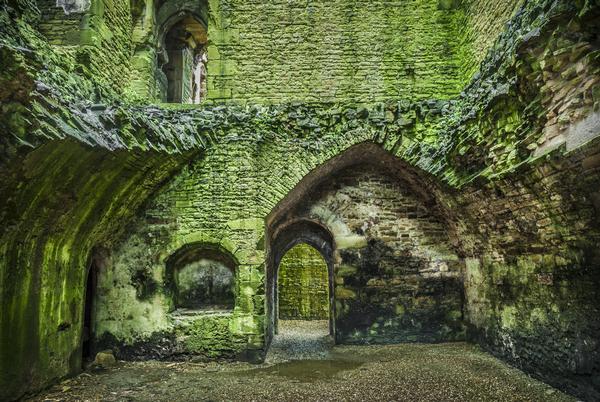 Much older buildings include the 14th century Smithills Hall with its 16th century chapel. It now houses a local museum. It is said that in 1555 George Marsh was tried in the hall for heresy. He stamped his foot so hard that a footprint was left in the stone!

Things to Do Around Bolton 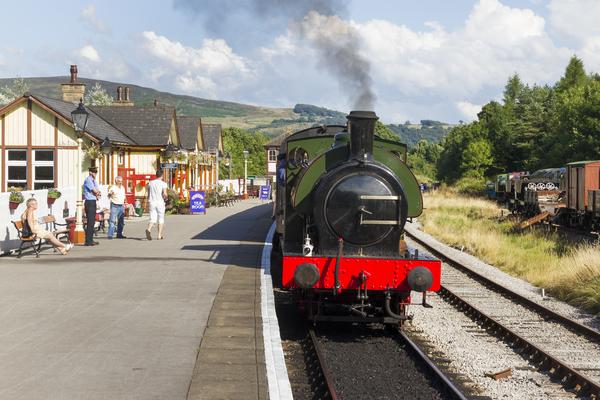 Hall i'th' Wood is a medieval yeoman farmhouse, home to inventor Samuel Crompton, a pioneer in the spinning industry. 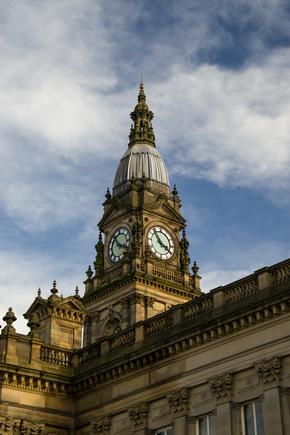 The house was later restored by William Hesketh Lever and donated to the Council.

It is now a popular local attraction.

Bolton Wanderers F.C. is in the English Football League and can be seen in action at the Reebok Stadium.

Visit Ye Old Man and Scythe pub, circa 1251, and sit in the chair used by the 7th Earl of Derby before he was beheaded in 1651.

Order a pint of the local specialty - Cloudy Cider.

The Fred Dibnah Heritage Centre is a local museum celebrating the life of this local steeplejack. 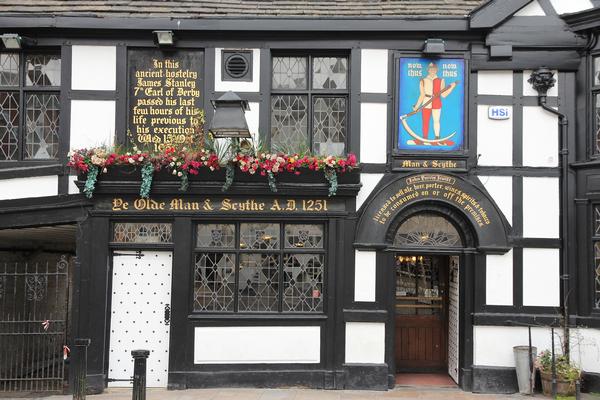 Bolton has several cultural centres including the Octagon Theatre and the Bolton Museum, Aquarium and Archive.

more self catering near Bolton...

Days Out in Bolton

Places to Visit near Bolton