You are here: Articles -> Events in British History -> The Industrial Revolution 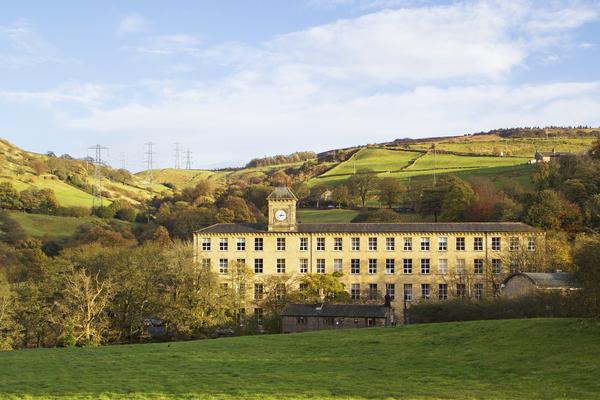 Agriculture played an important part in the development of the Industrial Revolution for without increases in the raw materials of wool and cotton, the textile industry would not have been able to grow.

As agricultural practices improved, yields improved which allowed more animals to be sustained through the winter. Larger herds in spring meant more wool and meat. The similar increase in food productivity meant that England could feed its increasing numbers of factory workers.

Prior to 1760, the processing of wool, silk and cotton was done by women in their homes by hand. Wool had to be cleaned, dyed and spun before it could be woven into cloth. The new machines in the Industrial Revolution soon did the work of several men and riots broke out in protest.

John Kay's flying shuttle and Lewis Paul's roller spinner were just two examples of the new technology. Then came James Hargreaves' spinning jenny to spin dozens of threads simultaneously. Soon there were 20,000 jennies in use all over the country.

One of the first water-powered mills was at Cromford where the High Peak Trail and canal can be seen. Factories cropped up all over the country where there was water. Soon the Factory system had replaced the Domestic system, although conditions were dark, dirty, hard and dangerous.

Advances in the Coal and Iron Industries

Another area of change at this time was in the coal mines. Hand-mining gave way to the use of gunpowder. Coal began to be transported along the shafts by pony or carts on rails and suddenly coal production went up from 2.5 million to 15 million tons per year by 1829.

Improvements in the iron industry were a necessary part of the progress. Abraham Darby discovered the use of coke for smelting rather than charcoal. The world's first cast iron bridge was erected by him in 1779 and is a major attraction at Ironbridge near Coalbrookdale.

Transport was generally along canals built in the mid 1700s, but railways were on the horizon. The National Waterways Museum at Gloucester tells the whole fascinating story.

The inventions of steam locomotives such as "Puffing Billy" were first used for hauling coal wagons from the mines. 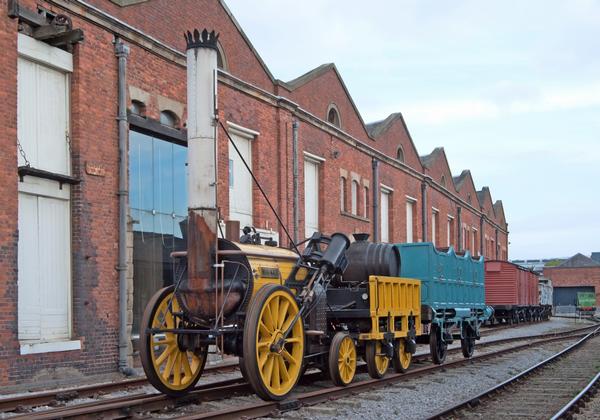 George Stephenson built a public railroad between Stockton and Darlington which was the first to carry passengers and freight using a locomotive. In 1829 Stephenson invented his steam engine, the "Rocket" and from then on railroads dominated the country. By 1852 there were 7,000 miles of railway line.

At this time James Watt also invented the first steam engine and its uses were endless. Restored steam engines are now an interesting attraction on display at Didcot Railway Centre, the National Railway Museum at York and the Foxfield Steam Railway in Staffordshire.

One final change which the Industrial Revolution brought about was a rapid growth in population. The higher wages brought a healthier diet. Workers in industry were able to marry younger and produce children earlier, unlike previous apprentice life.

There are many attractions which depict life in the Industrial Revolution. The former textile mill at Styal Mill and Country Park in Cheshire, the Silk Mill at Derby and Armley Mills in Leeds all recapture the impressive industrial past.