You are here: Articles -> Events in British History -> The Great Fire of London, 1666 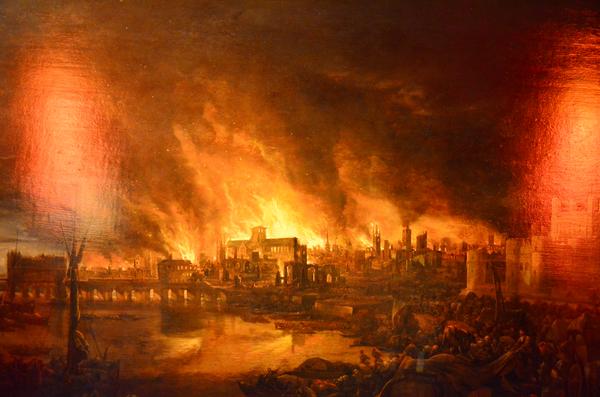 The most famous visionary of England, Mother Shipton predicted The City would be destroyed by fire. Many years after her words were spoken, London went up in flames. On an early Sunday morning in September 1666, the bakery in Pudding Lane, which was favored by the king, went up in flames. 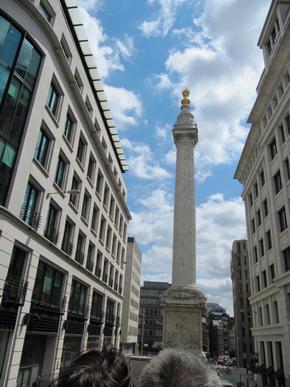 It spread across the cook shops of the area and proceeded to destroy a large portion of England's capital.

Fire fuel was plentiful as most of London's buildings were constructed of wood and plaster with straw covering the floors.

Most areas featured homes and shops, from opposite sides of the street, with roofs touching each other. Thus, the fire was able to jump what little space was between the buildings.

There wasn't a centralized fire department for The City. Usually, the locals were responsible for creating water lines and carrying sticks to beat out any fires in their immediate area. To keep flames under control, axes, hooks, and ropes would often be used to pull down structures to make fire breaks. Due to a stiff east wind, this fire became too big, too fast, and more manpower and effort was needed. 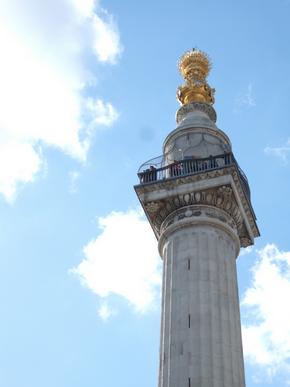 Leaving their lives behind except for what they could gather of their personal belongings, London citizens fled across The Thames. Boatmen were hard-pressed to keep up with the flow.

People who hurried on foot towards northern sections of London found that cart rental prices had been raised by 300 percent.

Once in safety, the refugees from the Great Fire of London could only watch as volunteers and troops, under the command of the Duke of York, attempted to control the conflagration.

The Lord Mayor had been advised earlier to pull down structures which were in the fire's path, fire-breaks being desperately needed. He declined to do so, as then The City would be responsible for all the rebuilding.

Battling the fierce wind, it was impossible to douse the flames. The situation called for drastic measures, and thus, finally, huge breaks were created. Under orders from Charles II, homes and businesses were blown apart to destroy fuel for the flames. This method of fire-fighting worked in saving the Tower of London. However, the fire just jumped those breaks made in the west. 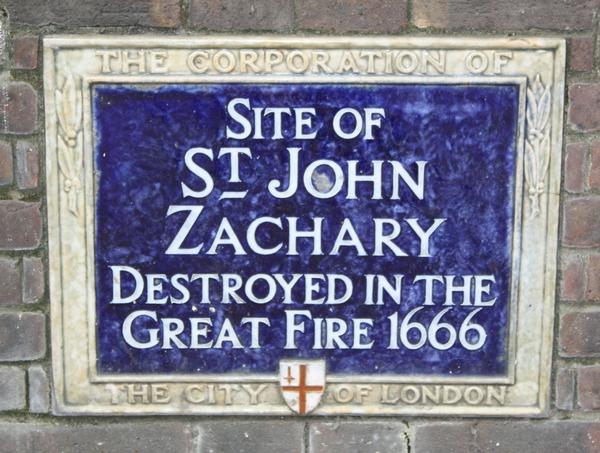 Sparks continued to ignite warehouses full of coal, oil, tallow, and alcohol along The Thames. The intense heat made fighting these particular flames impossible as the fighters couldn't get close enough with buckets of water. Churches, inns, and homes were devoured in short order.

Finally on Wednesday morning, the wind disappeared. With sparks no longer dancing in the air the fire-fighters were able to make progress. It took an additional day and a half but by Thursday evening, September 6th, the Great Fire of London was finally defeated.

80 percent of The City was destroyed, from The Tower to Ludgate Hill, and just south of Smithfields. Citizens returned to financial ruin and homelessness. Thankfully, few people lost their lives. The first casualty? The maid who lived above the Pudding Lane bakery. She was unable to follow the baker's family through an upstairs window to safety.

The fire did bring some good to London, however. A great majority of the plague-carrying rats were destroyed so the illness left The City. With the damage so intense it was difficult to define property lines but that didn't stop the authorities, and Charles II, from planning a newer, more open city.

Ordinances to build only in stone or brick were passed, and wider streets would now be the norm.

Within a few years, fire insurance came into being. The first 'insurance company', The Phoenix Fire Office, was established in 1680. Others soon followed, all with private fire departments which were responsbile for fighting fires in their coverage area.

In many respects, the Great Fire of London, in 1666, created the London which you can visit today.