You are here:  Towns -> Places to Visit in Bedfordshire -> Bedford

Things to do in Bedford, Bedfordshire

Bedford is the charming county town of Bedfordshire, 30 miles west of Cambridge. 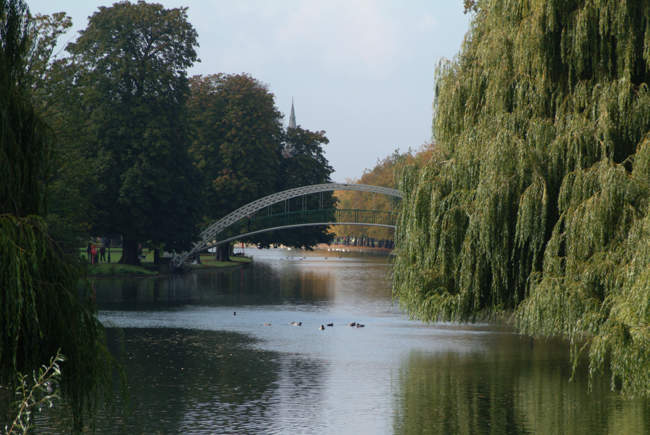 The River Ouse and the Millenium Bridge, Bedford © Julia Tiller

The name Bedford probably derived from the name of the Saxon chief, Beda, and the ford which crossed the River Great Ouse.

Things to Do Around Bedford

Bedford Castle Mound is all that remains of Bedford Castle although parts of the original building can be seen in the retaining wall.

Views from the top look down on the River Ouse.

The river embankment is covered in gardens which make a pleasant place to stroll.

It includes the local War Memorial.

Aircraft fans can follow the Airfield Trail around North Bedfordshire in the footsteps of Glenn Miller and his Big Band.

He was stationed in Bedford during World War II.

He took off from RAF Twinwood Airfield in 1944, heading for Paris and was never seen again.

The Shuttleworth Collection is a fantastic piece of aviation history and aircraft can often be seen "looping the loop" over Old Warden.

Bedford has a population of just under 80,000 people. 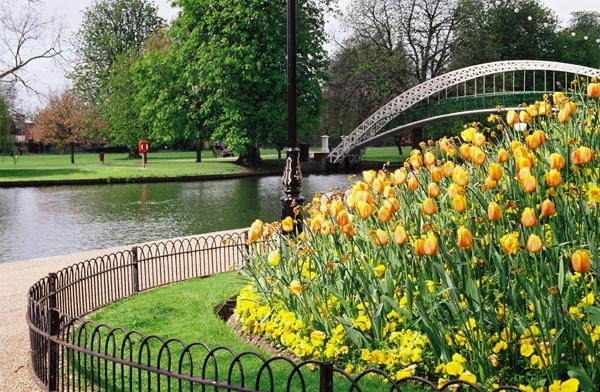 Almost 30% of the population is of Italian descent due to a massive labour recruitment drive to the area by the London Brick Company in the 1950s.

It is one of the most ethnically and linguistically diverse towns with more than 100 languages represented.

The Little Italy area is a wonderful place to shop and dine with a distinctly Italian atmosphere in the delis.

There is even a large Italian Mission Church run by Scalabrini monks.

St Paul's Church is in the centre of the town in St Paul's Square.

The 13th century building is on the site of an earlier church built in 1066. It has a tall spire which is a local landmark.

Both John Wesley and John Bunyan preached in this historic church. During World War II the BBC's daily service was actually broadcast from the building.

The history of Bedford goes all the way back to 796 AD when King Offa of Mercia was buried in the town.

In 919 AD Edward the Elder built a fortress on the south side of the river, on the frontier between the Anglo-Saxons and the Danes.

The early fortress was destroyed by the Danes but Paine de Beauchamp built a stronger castle.

This too was razed in 1224 and only the hilly motte remains today.

The first church of St Peter de Merton with St Cuthbert was built over 1000 years ago in the De Parys area of Bedford.

A Saxon church now occupies the site; it has two monoliths which are probably the oldest artefacts in the town.

It remained a small market town with wool being its main industry throughout the Middle Ages.

As wool declined, brewing took over as the main industry.

In the 1560s the influx of Flemish and Huguenot lacemakers developed this new trade which remained an important business until the late 19th century.

Bedford Gaol was the home of John Bunyan for 12 years from 1660 after he was arrested for preaching without a licence.

It was where he wrote the famous Pilgrim's Progress.

more self catering near Bedford...

Days Out in Bedford

Places to Visit near Bedford