You are here:  Attractions -> Things to Do in Greater London -> Coca-Cola London Eye 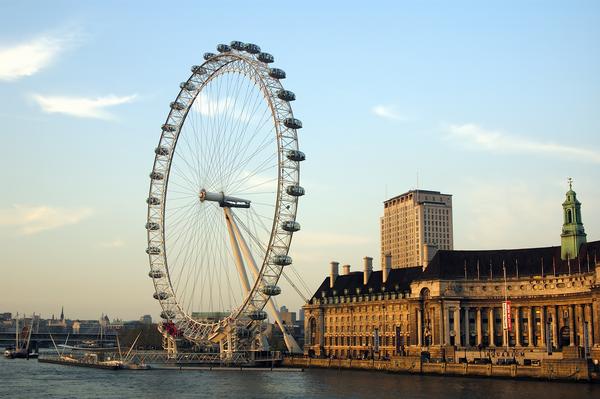 © Shutterstock / Arvind Balaraman
Coca-Cola London Eye is the world's tallest cantilevered observation wheel. Situated on the South Bank of the River Thames Coca-Cola London Eye, is a focal point of the Nation's celebration of the New Century.

People of all ages from around the country are making special journeys to see this new and exciting giant Wheel and to participate in the excitement of being transported high above London.

Visitors to London from abroad are delighted by this novel way of seeing the city from a birds eye view. 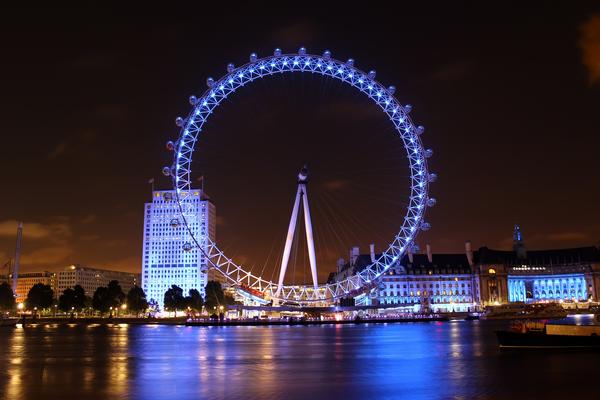 As Coca-Cola London Eye is set in motion, you will feel a keen sense of anticipation. The higher it soars, the more celebratory the experience becomes, as you enjoy the breathtaking views from the heart of the city.

When you fly on Coca-Cola London Eye, well-known landmarks and buildings of central London are spread out in a great panorama before you; it is fun to see how many you can identify.

Some to look out for are; The Imperial War Museum; The Globe Theatre; The Oval Cricket Ground; The Tate Gallery; Westminster Abbey; The Houses of Parliament and Big Ben; The Tower of London; St. Paul's Cathedral; The National Portrait Gallery; Buckingham Palace; The British Museum; The Telecommunications Tower. 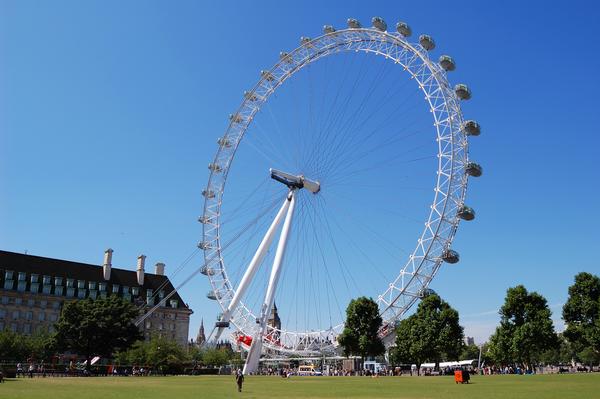 The architects of Coca-Cola London Eye are husband and wife team, Julia Barfield and David Marks, winners of the competition for ideas to mark the Millennium, their design was considered to be the most imaginative project conceived.

David and Julia wanted to present not just a monument, but something celebratory, that people could participate in and enjoy.

David researched and developed the idea for a giant observation wheel and Julia found the ideal site by drawing a circle round London and finding the dead centre, Jubilee Gardens on the South Bank.

An observation wheel was built for Chicago's Worlds Columbian Exposition in 1893, it became known as the Ferris wheel, after the designer whose name has been synonymous with these wheels ever since. 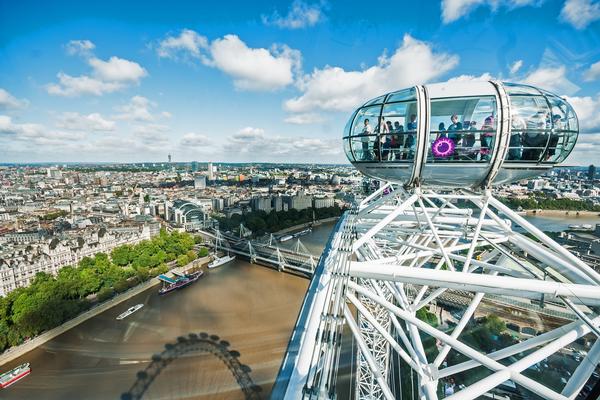 Observation or Ferris wheels, have been included at many of the great expositions throughout the world, and are considered to be traditional structures at great occasions of celebration.

David and Julia thought of the wheel as representing the turning of the century.

Three years of work went into the London Eye project, planning permission had to be granted, feasibility studies undertaken, financial consultations and all the groundwork needed to get the giant Wheel designed and built.

David and Julia hoped to have two and a half years to construct the Wheel, but by the time the finances were in place they were left with only fourteen months.

In recognition of their work, the imaginative design and the pleasure it gives to millions of people, the couple have been awarded the MBE.

Days Out near Coca-Cola London Eye