You are here:  Attractions -> Things to Do in South Yorkshire -> Conisbrough Castle 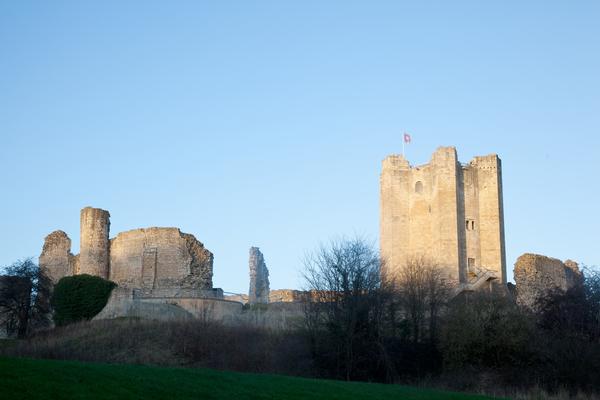 Those who have read Sir Walter Scott's novel Ivanhoe will immediately recognize Conisbrough Castle which was featured in the famous story, set in Medieval England.

The spectacular white keep, built of magnesian limestone, is one of the finest 12th century buildings in England.

Conisbrough Castle is a popular family attraction in South Yorkshire with its well-preserved keep and long history with many royal connections. There are fantastic views from the top of the castle and a picnic in the castle's inner ward is sure to be memorable.

The name "Conisbrough" is said to be derived from the Anglo-Saxon "king's burgh" as the castle was known to have belonged to King Harold prior to his defeat at the Battle of Hastings in 1066. 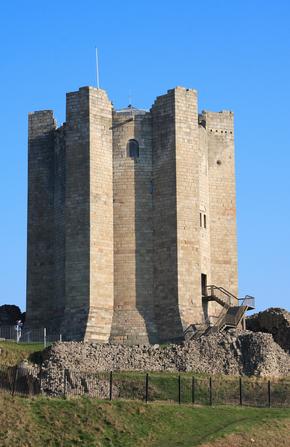 The early castle would have been a wooden bailey on top of the natural hill above the Don Valley. The deep ravine was crossed by a drawbridge and was the only means of entry to the castle.

The Domesday Book of 1086 shows Conisbrough Castle as a large estate owned by William de Warenne, son-in-law of William the Conqueror.

Warenne was no doubt given the estate for his services to the king as a knight during the Norman Conquest.

During the 11th century and 12th century Conisbrough Castle was handed down through the generations of the Warenne family, now the Earls of Surrey, who were all closely related to the kings of England and France.

The fifth earl was Hamelin Plantagenet, half-brother of Henry II, and during his 40 years at Conisbrough he constructed the more serviceable stone keep of the castle around 1180.

The castle keep was four storeys high and was supported by large hollow buttresses which remain today. Archers probably shot arrows from the turrets and inside the buttresses were a pigeon loft, ovens and water cisterns.

The cylindrical shape of the building was a unique design for an English castle of that era. Shortly afterwards, the outer stone curtain walls were built, followed later by the buildings within the protected bailey. 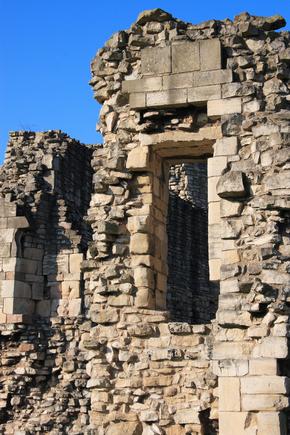 From the records of the local court assizes, known as the Hundred Rolls, the ownership of Conisbrough can be traced through the centuries along with some colourful and unlawful events at the castle.

After Thomas, Earl of Lancaster, was tried for treason in 1322 the castle was held by Edward II. He briefly stayed in Conisbrough and ordered the necessary repairs to the ageing towers and walls.

By 1446 the castle was owned by Richard, Duke of York. It passed to his son in 1460, who just a year later was crowned Edward IV, so once again Conisbrough became a royal domain.

By 1537, when Henry VIII ordered a survey of the castle, it was in poor shape with the gates, drawbridge and some of the walls broken down.

However, its ruinous state probably saved it from the destruction which befell many castles after the Civil War in the 17th century, as Conisbrough was already deemed indefensible.

The castle has remained uninhabitable ever since. From 1986 it was run jointly by English Heritage and the Ivanhoe Trust.

They installed floodlighting, restored the floors and roof and opened the castle to the public. It is now managed solely by English Heritage who also run a Visitor Centre with informative displays within the keep and a gift shop.

Days Out near Conisbrough Castle

Places to Visit near Conisbrough Castle