You are here:  Towns -> Places to Visit in Tyne and Wear -> Wallsend

Things to do in Wallsend, Tyne and Wear

Wallsend is located in Tyne and Wear, four miles east of Newcastle-upon-Tyne. It stands at one end of Hadrian's Wall, hence the name, Wallsend.

This area was settled long ago, probably even before the Romans built their fort called Segedunum to defend this end of Hadrian's Wall.

Wallsend eventually became known for its shipbuilding. The most famous shipyard was the Wigham Richardson yard which built the RMS Mauretania. This sleek liner held the record for the fastest transatlantic crossing unbeaten for 22 years.

RMS Carpathia and the icebreaker Krasin were also built in Wallsend. HMS Sheffield and HMS Victorious were used in World War II and the Ark Royal was built there in the 1980s.

The Turbinia was developed by Charles Parsons in 1884. It transformed steamships with its turbine power engine capabilities. After proving its capabilities, Parsons set up the Turbinia Works at Wallsend to build engines for turbine-powered Navy destroyers.

The Swan Hunter & Wigham Richardson yard closed in 2007 but the Wallsend Slipway and Engineering Company Shipyard is still in business, constructing oil rigs.

Coal mining was another huge industry at Wallsend from 1778 to 1935. John Buddle famously developed the Davy Lamp at Russell's Colliery, which at its height employed 2,183 workers.

Like many mining communities Wallsend had its disasters. The worst was a gas explosion in 1835 that killed 102 miners aged from 8 to 75 years old. There is a memorial in St Peter's churchyard to commemorate the loss of life.

Wallsend expanded rapidly after World War II and currently has a population of over 42,000 people. The main town centre and Wallsend Forum shopping centre are separated from the rest of the town by the Wallsend Burn which runs down to the River Tyne.

On the north side of the High Street is the most picturesque area of the town, Wallsend Green, which is surrounded by grand houses.

As an interesting throwback to its Roman history, Wallsend has Latin signs dotted around the town, although they look a little out of place on the modern metro station. The Job Centre is humourously given the Latin name Forum Venalicium, which translates as "slave market"!

Things to Do Around Wallsend

The pioneering steamship Turbinia was destroyed in the 1960s and is now on display at the Discovery Museum in Newcastle. The roof had to be raised by one storey to accommodate the ship and create tiered viewing galleries.

Visit the World Heritage Site of Hadrian's Wall, dating back to the second century AD. There is a Visitor Centre and Museum at the old Roman fort of Segedunum.

Newcastle-upon-Tyne is a short distance away with museums, theatres and attractions. Wallington Hall is an interesting house and gardens with plenty of walks.

Belsay Hall and Gardens combines a 14th century tower house and a neo-classical house with a delightful sunken garden.

The Washington Waterfowl Park is an excellent wildlife park for families to visit, just outside Newcastle. 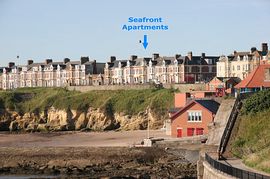 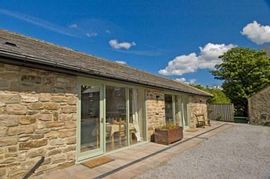 more self catering near Wallsend...

Days Out in Wallsend

Places to Visit near Wallsend