You are here:  Towns -> Places to Visit in Tyne and Wear -> Gateshead

Things to do in Gateshead, Tyne and Wear 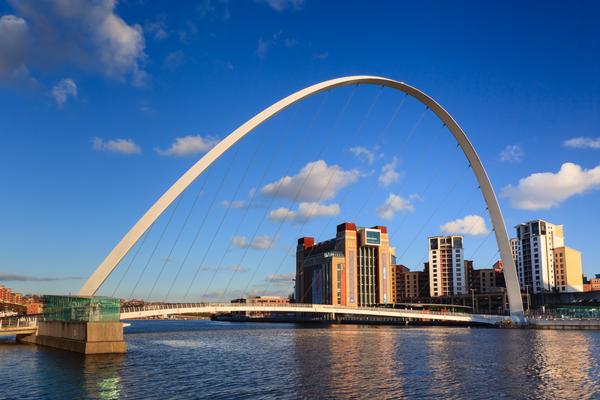 Gateshead is on the south side of the Tyne River, in Tyne and Wear. It is linked by seven bridges with Newcastle-upon-Tyne.

Gateshead was settled in Roman times when there was a river crossing over the River Tyne where the Swing Bridge is now located.

Even as long ago as 623AD Gateshead was mentioned by the Venerable Bede who referred to Utta, the Abbot of Gateshead in his writing. Clearly the area had an early christian abbey.

During Mediaeval times, the area was mostly forest and agriculture belonging to the Bishop of Durham. 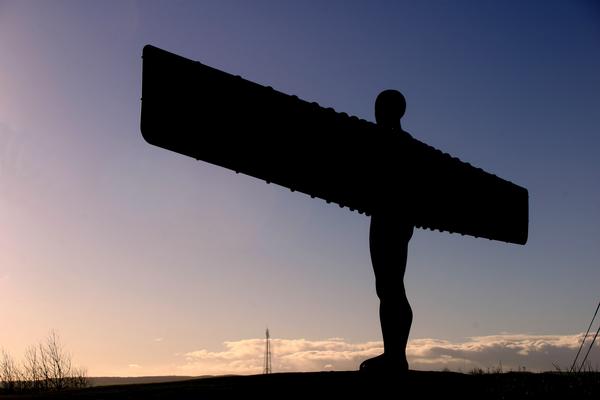 Angel of the North

Coal mining is recorded in 1344 at Gateshead but the shallow pits, which were restricted in depth by flooding, were exhausted by 1680. 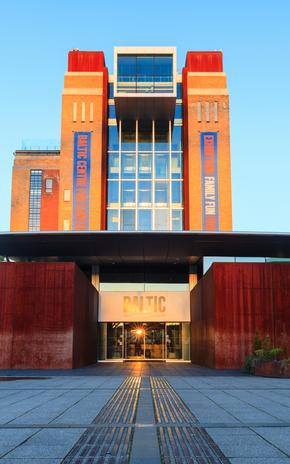 The iron industry began in 1747 when William Hawks, a local blacksmith, began working with the iron which was brought to Gateshead by the coal ships as ballast. Hawks and Co. went on to become the largest iron business in the northeast. It produced chains, anchors and other metalwork for the shipping industry.

During the 19th century Gateshead expanded rapidly. A locomotive works, wire rope manufacture and other industries thrived on the demand of the Industrial Revolution.

The first house in the world to have electric light was in Kells Lane. Inventor, Sir Joseph Swan, patented his invention in 1878.

Unfortunately the good years came to an end in the Great Depression of the 1920s and 30s when unemployment in Gateshead was crippling. 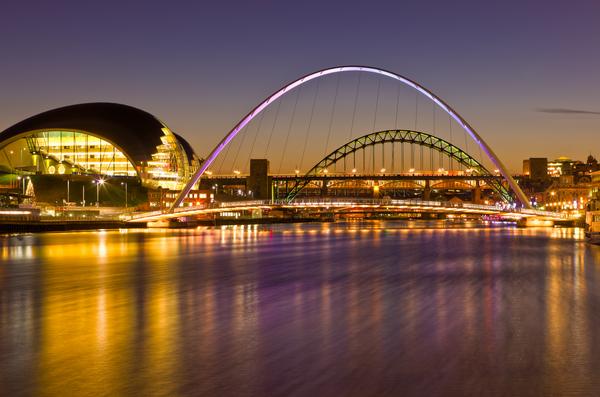 Much of modern-day Gateshead with its 78,000 population has been regenerated, particularly around the Quayside which is now a cultural quarter. It features riverside walks, luxury apartments, fantastic architecture and public artworks.

Gateshead is the home of the MetroCentre, the largest shopping centre in the EU. It also includes many entertainment and leisure activities. It is complemented by Eldon Square shopping complex.

The town has a large purpose-built commercial estate known as Team Valley.

Gateshead is well known for its architectural landmarks which include the Gateshead Millennium Bridge, The Sage Gateshead Performing Arts Centre, the 20 metre high Angel of the North contemporary sculpture and the Baltic Centre for Contemporary Art, a former flour mill. 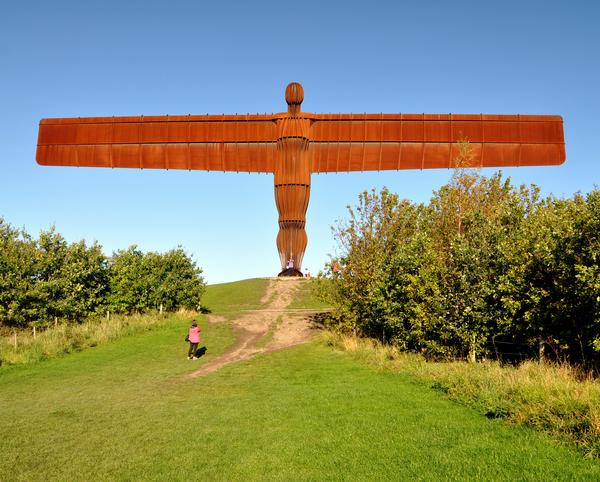 Angel of the North

Saltwell Towers was designed as a fairytale castle for its owner, William Wailes, a celebrated stained glass designer. The Grade II listed building is now owned by Gateshead Council.

Things to Do Around Gateshead

Saltwell Park, which surrounds the Victorian Saltwell Towers, has won numerous awards as Britain's Best Park. As well as the mansion there is a boating lake, play area, a domestic zoo, bandstand and sports courts.

Derwent Walk Country Park offers traffic free recreation along the disused railway line. Still on a railway theme, Bowes Railway is the only rope-hauled railway in the world. It was designed by George Stephenson and built in 1826.

Namco Fun Scape is an activity centre for all ages in the Metrocentre Qube. It has bowling, dodgems, games, a sports bar and a play area.

In early May Gateshead hosts an annual Beer Festival.

Across the water, Newcastle's Castle Keep is one of the UK's finest Norman keeps. It offers over 2,000 years of history.

Days Out in Gateshead

Places to Visit near Gateshead