You are here:  Towns -> Places to Visit in Berkshire -> Bracknell

Things to do in Bracknell, Berkshire

The pleasant town of Bracknell in Berkshire, is 33 miles west of London. Its long history can be dated back to 942AD when it was referred to as ‘Braccan Heal" and later "Brakenhale". This probably meant that it was land belonging to Bracca. 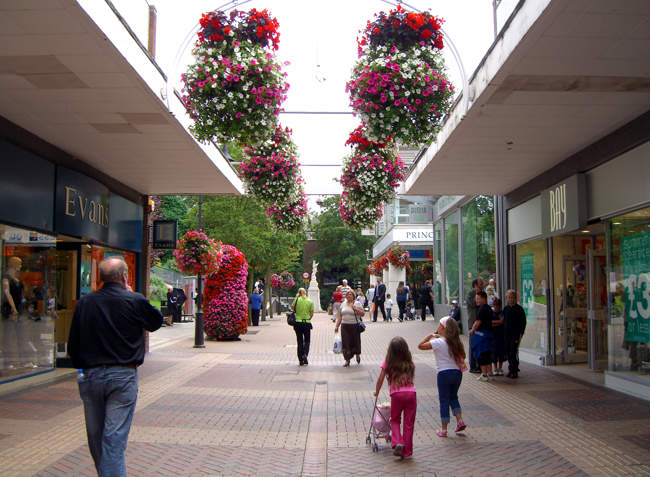 Bracknell currently has a population of around 50,000 inhabitants. It has retained the original plan of several neighbourhood communities surrounded by open countryside.

The town has some high-rise architecture and continues to flourish although plans for a £750 million regeneration of the town centre have currently been postponed.

Bracknell has an unusually high number of traffic roundabouts and it is said that a car travelling 2 miles through Bracknell consumes up to 25% more petrol due to them. They are gradually being replaced, where practical, with traffic lights.

One of the oldest buildings in the town centre is the 17th-century brick manor house, now known as the Old Manor public house. It has several priest's holes.

The Hinds Head next door was a coaching inn and was reputedly a favourite drinking hole for Dick Turpin.

Other historic timber-framed pubs in the town are the Red Lion and the Bull. 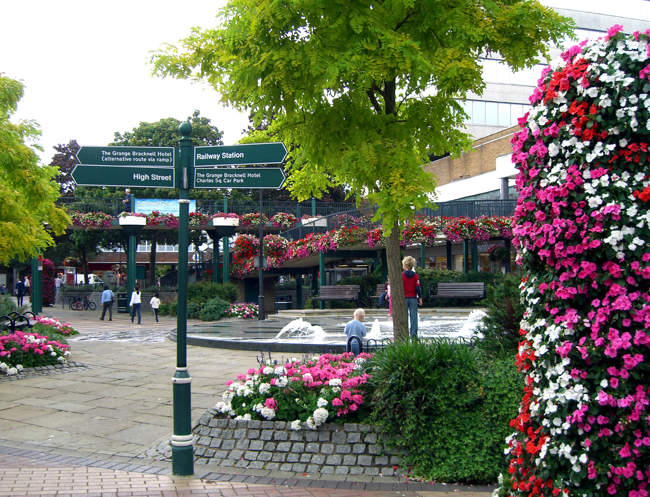 Check out the spinning granite ball in the fountain outside the Bull and visit the clock fountains nearby in Charles Square.

St Michael and St Mary Magdalene parish church is the oldest church in the area and dates back to Saxon times. Although it was rebuilt in the 19th century it has parts of a former Tudor tower.

Things to do in Bracknell

Just outside the town are Crowthorne Woods and Swinley Woods which both provide recreational areas of forest for self-guided walks, mountain biking and bird watching.

The Look Out Discovery Centre on the edge of Crowthorne Woods is a science and nature discovery centre.

Nearby, the Iron Age Hill Fort known as Caesar's Camp is where Iron age coins have been found. The Quelm standing stone can be visited nearby. 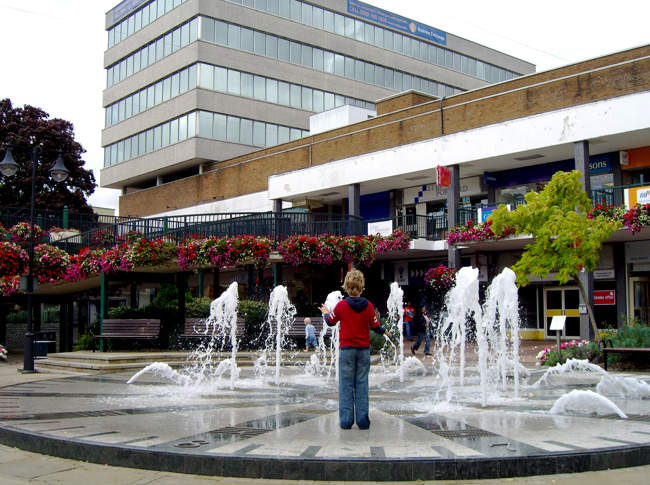 South Hill Park is a 1760s mansion which now houses an Arts Centre and the Wilde Theatre, named after Oscar Wilde.

There is a Bronze Age barrow at Bill Hill, and Easthampton Park was a royal hunting lodge in Henry VIII's day.

Bracknell remained little more than a village until after World War II when it was mainly known for its brick manufacturing. It was designated as a new town in 1949 and new industry was attracted to the area.

The town was redesigned and much of the original town was demolished. Many streets were given single names such as "Juniper" or "Frobisher" without any additional street or avenue title. However, they do run in alphabetical order making it easy to find a particular street.

more self catering near Bracknell...

Days Out in Bracknell

Places to Visit near Bracknell