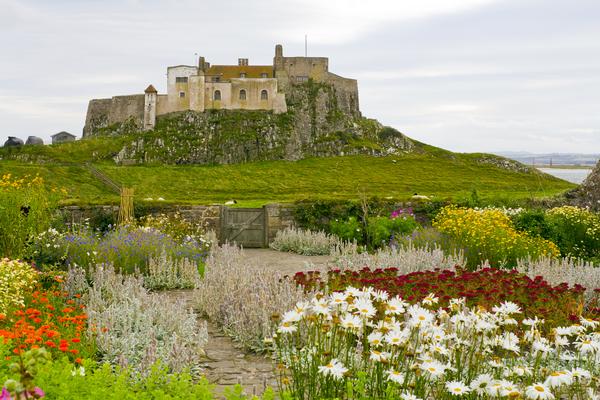 The Tudor to whom the credit should go for starting the family history is Owen Tudor. Clerk of the Wardrobe to Henry V's widow, Katherine, they were married at Leeds Castle in 1432. Four children quickly followed.

The younger children have no part to play in this Tudor history, but Edmund and Jasper have major rolls.

Edmund married Margaret Beaufort, a member of the Lancaster family, in 1455. When Margaret was six months pregnant, and the battles of the War of the Roses had just begun, Edmund died.

Being taken under Jasper's protection, Margaret gave birth to a son in Pembroke Castle. Henry Tudor had begun his journey towards his future as Henry VII.

Owen's contribution to Tudor history? Siring the son who sired the dynasty.

It wasn't easy being Henry Tudor. Although his claim to the English throne was weak, he was constantly searching for political asylum. He was the last member of the House of Lancaster, and the ruling House of York was not comfortable with him roaming free. 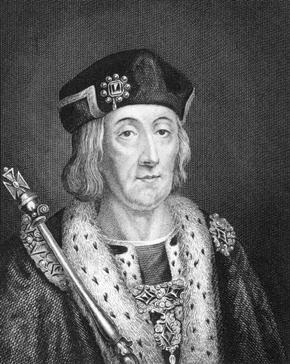 When Richard III came to the throne, the nobility quickly became disillusioned with his rule. Henry seized the moment, and in August 1485, won the English crown.

To Henry Tudor, history was not going to repeat itself. He was quick in putting down rebellions and possible contenders for his crown were sent to the Tower of London.

Pretenders were dealt with severely, and an alliance with Spain, through the marriage of his first son, Arthur, was quickly contracted.

Through Henry's tax collectors, the coffers of the country were soon burgeoning with wealth - which was not spent on Continental conquest. Letters Patent were given to Tudor explorers for new trade routes. The economy of England was beginning to recover.

When Henry died in April 1509, he left a country filled with internal peace. England was solvent, and its reputation had never been higher.

Henry VII's gift to Tudor history? Bringing the family to the throne, and bringing peace and prosperity to the country after so many years of dispute.

On a wave of popularity, Henry VIII, with Catherine of Aragon as his wife, was crowned King in Westminster Abbey in June 1509. With a full treasury and the promise of an heir, this Tudor's history looked to be written in gold.

By 1527, however, the gold was tarnished. Out of several pregnancies, Catherine had only managed to deliver one healthy child, Mary Tudor. Henry needed a son...

Anne Boleyn promised him one, but only if he would marry her. So began "The King's Great Matter"; the putting away of his first wife, and daughter.

Henry had convinced himself that since Catherine had been married to his brother, Arthur, they were sinfully related, and the marriage wasn't valid. The Pope didn't see it Henry's way and refused to grant a 'divorce'.

With his back to the wall, Henry decided he didn't need The Pope. Taking upon himself the leadership of The Church in 1530, The Reformation began. Rome was no longer to be heeded, monasteries were closed, and their riches seized by Henry.

The following seventeen years are when Henry's reputation as the much-married monarch was established. Henry did marry Anne Boleyn, but for all her promises she only gave him a daughter. For her efforts, she was beheaded.

Jane Seymour gave Henry his longed-for son, but she died shortly after childbirth at Hampton Court Palace. Anne of Cleves was divorced, Katherine Howard was executed for adultery, while Katherine Parr outlived him. 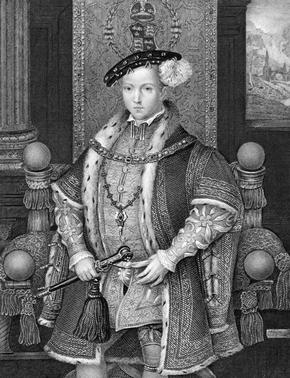 As his father's heir, great things were expected of Edward.

However, his life was cut short due to tuberculosis, dying at the age of 16 at Greenwich Palace.

Religion was his focus during his six years on the throne.

Although busy prosecuting his elder sister, Mary, there was time for Edward to oversee the writing of "The Book of Common Prayer".

For Edward Tudor, history will remember his devotion to the 'Protestant' religion.

From a beloved daughter to a careworn, disappointed woman, Mary didn't have an enjoyable life. Prosecuted for her Catholic beliefs in an increasingly 'Protestant' country, upon her ascending the throne her personal agenda overruled every consideration for England.

Bringing her countrymen back under the sway of Rome, Mary sent hundreds of heretics to the stake. Her disastrous marriage to Philip of Spain brought involvement in Spain's conflict with France. The last English stronghold on the Continent, Calais, was irretrievably lost.

Tudor history has not been kind to "Bloody" Mary.

Elizabeth's first twenty-five years of life had prepared her for queen-ship. An unwanted daughter (she was supposed to be a boy) she learned to keep her thoughts to herself.

Compromise became a watchword and she tip-toed her way through her father's court. Being almost scornful of any type of religion, Elizabeth was careful to appear to heed the 'Protestant' text.

When Edward became king, she was feted. When Mary gained the crown, she was hounded. For a short time she despaired of her life, spending a few months in The Tower under suspicion as a rebel.

Her accession to the throne was greeted with great joy. Dedicated to not "making windows into men's souls", the religious veracity of Mary's time was gone. The coinage was brought up to standard, and trade routes were once again active.

Perhaps the biggest disappointment felt by Englishmen was the fact that Elizabeth refused to marry. But by playing one country's suitor against another, a balance was kept. While the Continental powers were bargaining for her hand, they were too busy to make war.

Until the invasion of the Spanish Armada. While waiting with her army for Spanish forces to begin hostilities, Elizabeth learned of the defeat of the armada. England had triumphed over mighty Spain.

With Elizabeth overseeing an England that was once again at peace, and with a reputation greater than ever, Tudor history has her in an adored place.