You are here:  Towns -> Places to Visit in West Midlands -> Smethwick

Things to do in Smethwick, West Midlands 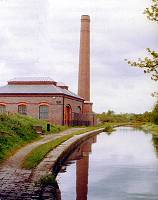 Smethwick - From a rural community of farms and cottages, through the transformation of the Industrial Revolution to the bustling community of today - in many ways Smethwick is Sandwell in microcosm.

The village of Smedeuuich - 'the little village on the plain' - is recorded in the Doomsday survey, when it was part of the episcopal manor of Lichfield.

The bishops held the manor until 1546, when it passed to the Paget family.

Up to the early 18th century Smethwick was a scattered hamlet, with farms and cottages including Smethwick Grove, Lightwoods House and Shireland.

The area was part of the parish of Harborne until 1710, when money left by local heiress Dorothy Parkes paid for a chapel, a vicarage and

In 1769 James Brindley's canal, built to carry coal from Wednesbury to Birmingham, put Smethwick firmly on the industrial map, and by 1788 traffic on the canal was so heavy the locks had to be improved. Thomas Telford made more improvements in 1829.

The Railway and Further Expansion

With the arrival of the railway in 1852 the town's role as a powerhouse of industry was assured.

From the opening of the Soho Foundry on the canal in 1796, the industrial base swelled to include brass, guns and glass making.

more self catering near Smethwick...

Days Out in Smethwick

Places to Visit near Smethwick