You are here:  Attractions -> Things to Do in West Midlands -> National Motorcycle Museum


The National Motorcycle Museum is recognised as the finest and largest motorcycle museum in the world. It is a place where "Legends Live On" and it is a tribute to and a living record of this once great British industry that dominated world markets for some sixty years. The Museum records for posterity the engineering achievements of the last century. It is a place where an older generation can once again view with nostalgia the machines they rode in days gone by, and younger generations can study the development of the motorcycle from its earlier days to the golden years of the 1930s-60s, when British motorcycles "ruled the world".

Many of the motorcycles on show posses exciting histories of their own. 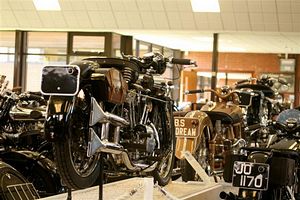 Machines like "Slippery Sam" winner of five production TTs on the Isle of Man; the Johnny Allen 214mph streamliner Triumph. The Museum is about more than just famous racing machines. There are literally hundreds of beautiful motorcycles of the kind ridden by millions of ordinary people at some time during their lives. Additional machines join the collection on a regular basis, so there's always something new to see at the National Motorcycle Museum.

There is little doubt that the Museum is recognised as the centre for individuals, groups, and organisations with an interest in the British motorcycle industry and as a meeting place in superb surroundings for all kinds of activities relating to the industry.

Conference and Banqueting suites with a maximum capacity of 950 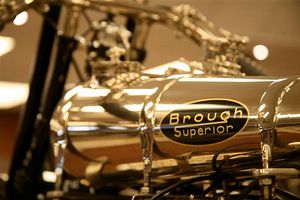 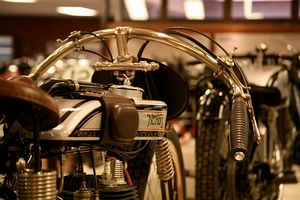 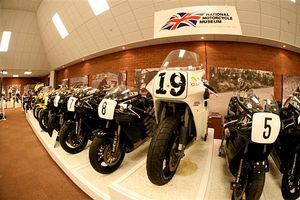 Days Out near National Motorcycle Museum