You are here:  Towns -> Places to Visit in Lincolnshire -> Bardney

Things to do in Bardney, Lincolnshire

Bardney is a village some 9 miles east of Lincoln, halfway between there and Horncastle.

It stands on the River Witham and is surrounded by farmland and woods.

One of the woods is Chambers Farm Woods, site of ancient Limewoods, it's now managed by the Forestry Commission and includes a nature reserve.

It has lovely well signposted walks through the woods and meadowland.

Keep your eyes open for the muntjac deer, Britain's smallest deer and many species of beautiful butterflies. It is well signposted from the village and car parking is available.

Walks by the River Witham

The River Witham flows from Boston to Lincoln and alongside it is the newly finished 20 mile Water Rail Way.

This is a path on the banks of the river which has replaced Railway Lines. It is also part of the National Cycle Network. Look out for the wood carvings near Bardney Lock. Moorings are available here too.

At Bardney next to the bridge is the new Bardney Heritage Centre and tea rooms. This tells the story in pictures of the Bardney Sugar Beet Mill and Morrell's Canning Factory etc.

In the 7th Century an Abbey was founded here and Abbeys continued on this site until 1538; the remains of the latter were covered but the outlines of the buildings can still be seen.

St. Lawrence Church dates from the 13th century and is still much in use. Some artifacts from the Abbey can be seen there.

Bardney had many links to the RAF during WW2 it is also not far from RAF Scampton, home to the Red Arrows and they are often seen practising.

The village now has 3 public houses, shop, post office, chemist and a butcher. 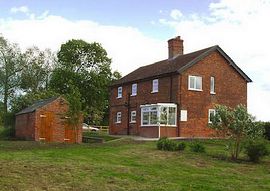 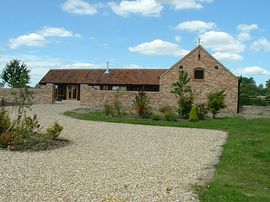 more self catering near Bardney...

Days Out in Bardney

Places to Visit near Bardney