You are here:  Towns -> Places to Visit in Lincolnshire -> Navenby

Things to do in Navenby, Lincolnshire 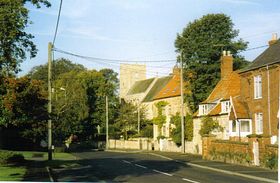 Navenby is an ancient village with a rich history from pre-Roman times.

The village lies alongside Ermine Street, the great Roman road linking York with London via the neighbouring city of Lincoln 10 miles to the north.

Recent excavations have uncovered significant evidence of both a Roman settlement and earlier ceremonial sites.

Navenby is a thriving community with many shops, two pubs and our local Mrs Smith's Cottage Museum. The Cottage is a registered museum and an excellent example of life as it was lived from the Edwardian to mid 20th century times. Mrs Smith, the last resident, owned and occupied the Cottage for 73 years until her death in 1995 at the age of 102. It is preserved with the old black range, ladders to the bedrooms, the washhouse and privy and many artefacts from a simpler life of a bygone age.

St. Peter's Church is known locally as the 'Cathedral on the Cliff'. It has a fine Easter Sepulchre and features dating back to the 13th century. 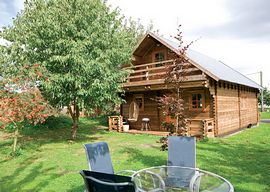 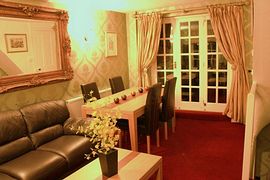 more self catering near Navenby...

Places to Visit near Navenby